Where Was Happiest Season Filmed? 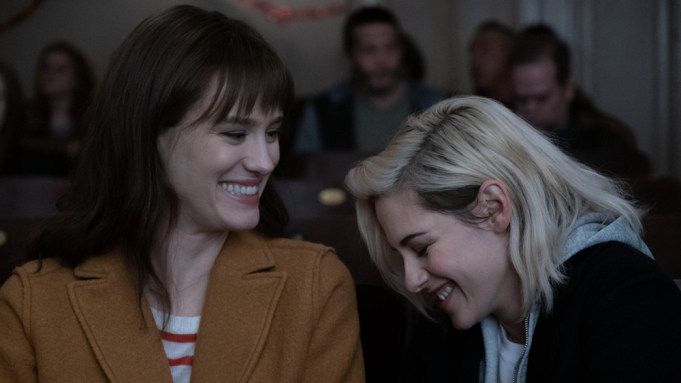 ‘Happiest Season’ is the newest rom-com on the block and it is centered around a lesbian couple, which is a welcome oddity for the usually heteronormative festive movies. Abby (Kristen Stewart) and Harper (Mackenzie Davis) are in love, and the former even want to propose over Christmas. However, the latter hasn’t come out to her conservative family yet, so they need to keep their relationship under wraps until after the festivities end. If you’re curious about where it was shot, then look no further as we give you all the details!

Initially, the movie was supposed to be set in New York. However, the director and writer, Clea DuVall, was so impressed with Pittsburgh that she rewrote the script to fit the city. She felt that it was “such a beautiful and cool place that I haven’t seen pictured a lot [on screens]. We decided to embrace it rather than pretend it was something else.”

A casting call was placed in early January 2020, wherein people of all ages, genders, and ethnicities were recruited. Some of these roles included a jeweler, exotic fish store owner, a truck stop cashier, caterers, and waiters. Interested people just had to send in their headshots, and the pay was $150/12hr unless otherwise mentioned. Dawn Keezer, director of the Pittsburgh Film Office, said, “[It’s a] great way to start the new year with a new film providing jobs and new revenue to southwestern Pennsylvania.”

Principal photography commenced on January 21, 2020. Filming ended on February 28, 2020, just before the coronavirus pandemic brought not only the entertainment industry but the whole world to its knees. Some of the more recognizable venues used for shooting purposes include Samantha Skelton Jewelry Design, The Vandal Coffee Shop in Lawrenceville, Ross Park Mall, and Chartiers Country Club.

Apart from this, we also see the Carnegie Library of Homestead, Nonni’s Corner Trattoria, and the Guthrie Theatre; the latter two are located in Grove City. In fact, the theatre is a recurring visual motif in the film and is situated at 232 S Broad St. Furthermore, Main St. is mentioned, and Jane even paints it beautifully on canvas (a task that takes her 100 hours to complete). A fantastically decorated 31st Street Studios was also paramount for the completion of the project.

one month until happiest season is on hulu!

aubrey filming with kristen stewart back in february pic.twitter.com/VwtYd7Elgo

Davis spoke about how the team managed to finish filming before the pandemic – “We were watching it approach, like absolute idiots.” She added, “We’re the exact same way about the fires in LA or climate change in general, that if it’s burning on the other side of the city, you’re like: ‘Oh that’s awful.’ But you don’t change your behaviour at all. And then the smoke is in your neighbourhood, and you’re like: ‘I just won’t go outside.’ We have such a delayed reaction to things. It’s shocking.”