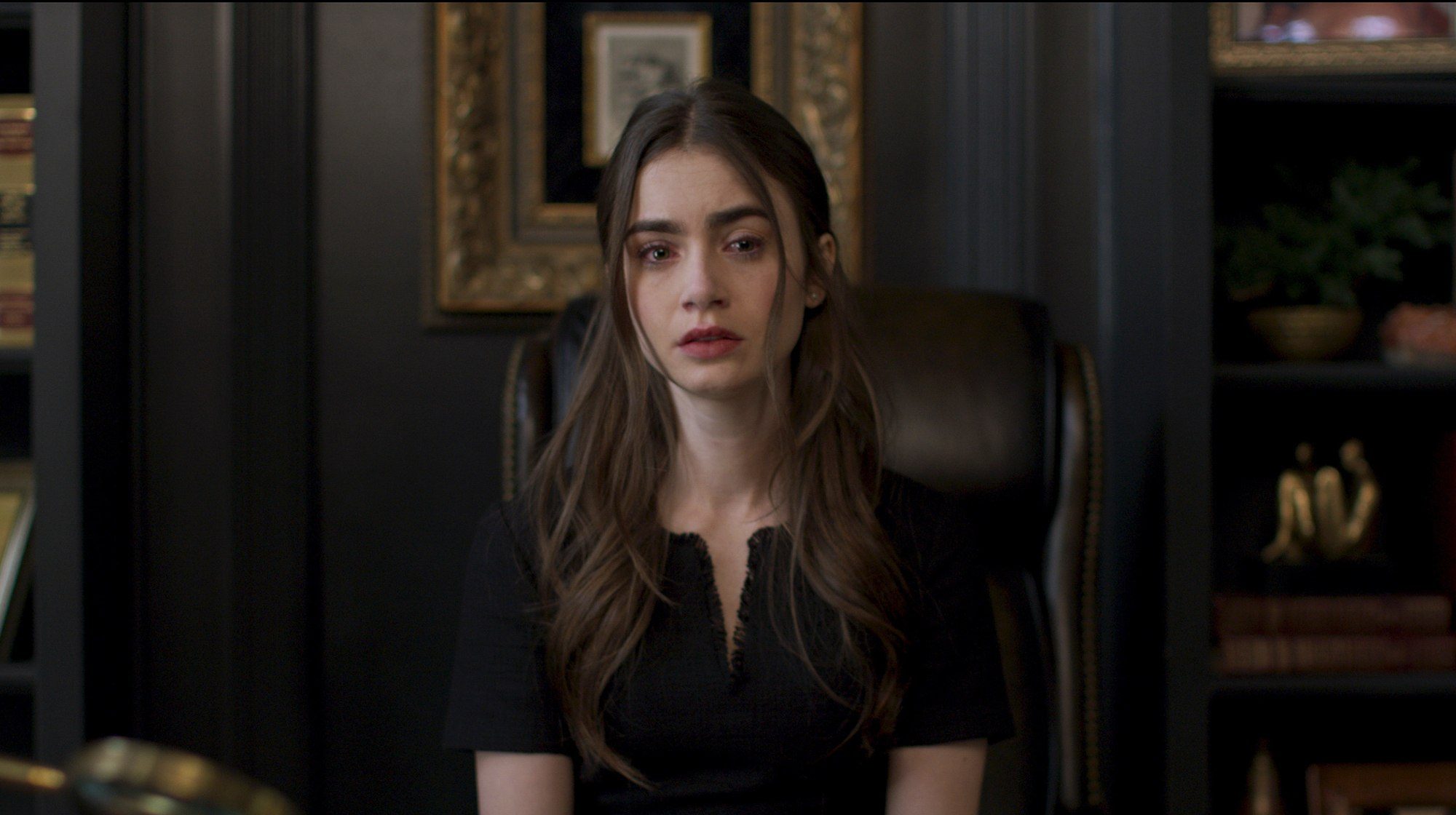 Directed by Vaughn Stein, ‘Inheritance’ is a 2020 thriller movie that revolves around the Monroes, a wealthy political family that rules over New York City. After the patriarch Archer suddenly passes away, he leaves behind a posthumous video message for his daughter, Lauren. She follows her father’s instructions and stumbles upon a secret underground bunker in the family estate, where she finds Morgan, a stranger who claims Archer has imprisoned him for thirty years. Gradually, the latter’s daughter begins unraveling the man’s story but realizes he may not be as innocent as he shows.

Thus, Lauren must get to the truth as soon as she can to save her family from a terrible past repeating itself. The movie features stellar actors like Lily Collins, Simon Pegg, Connie Nielsen, and Patrick Warburton, who enhance the riveting narrative with their performances. Furthermore, the backdrop of the Monroes’ luxurious estate full of secrets perfectly complements the suspenseful storyline and intrigues the audience. So, if you wish to find out where exactly ‘Inheritance’ was lensed, here is what we can tell you about the same!

‘Inheritance’ was filmed entirely in Alabama, mainly in Birmingham and Mobile. Principal photography for the Lily Collins-starrer commenced in late February 2019 and was seemingly wrapped by early April of the same year. Alabama, AKA The Heart of Dixie, is a popular destination for shooting movies and TV shows due to its urban and natural landscapes and the attractive tax incentives for filmmaking. Now, let’s traverse all the locations that appear in the thriller, shall we?

Pivotal portions of ‘Inheritance’ were taped in Birmingham, a city in north-central Alabama that serves as the county seat of Jefferson County. The cast and crew reportedly scouted the city for various suitable backdrops to record scenes. The third-most populous metropolis in the state, Birmingham was founded in 1871 as a significant industrial and railroad hub. Today, it is a prominent contributor to manufacturing, banking, education, transportation, and medical care.

Over the years, many movies like ‘The Devil All the Time,’ ‘The Fanatic,’ and ‘Looking for Alaska’ have featured Birmingham as a filming site. The city is home to renowned ballet, opera, and symphony orchestra companies and hosts prestigious film and music festivals every year. Some places of interest in Birmingham are the Birmingham Museum of Art, Birmingham Civil Rights Institute, Alabama Jazz Hall of Fame, and Vulcan Park.

The production team of ‘Inheritance’ later headed to Mobile, a city on Alabama’s Gulf Coast and the county seat of the eponymous county. Atop the Mobile River at the head of the Mobile Bay, the city was founded by the French in 1702 as Louisiana’s first capital. Mobile is an important cultural hotspot, famous as the birthplace of Mardi Gras and its historic architecture. The city’s biggest tourist attractions are the Battleship Memorial Park, Mobile Carnival Museum, Condé-Charlotte House, Fort Morgan, Historic Blakeley State Park, and Mobile Botanical Gardens.