Where Was Into the Wild Filmed? 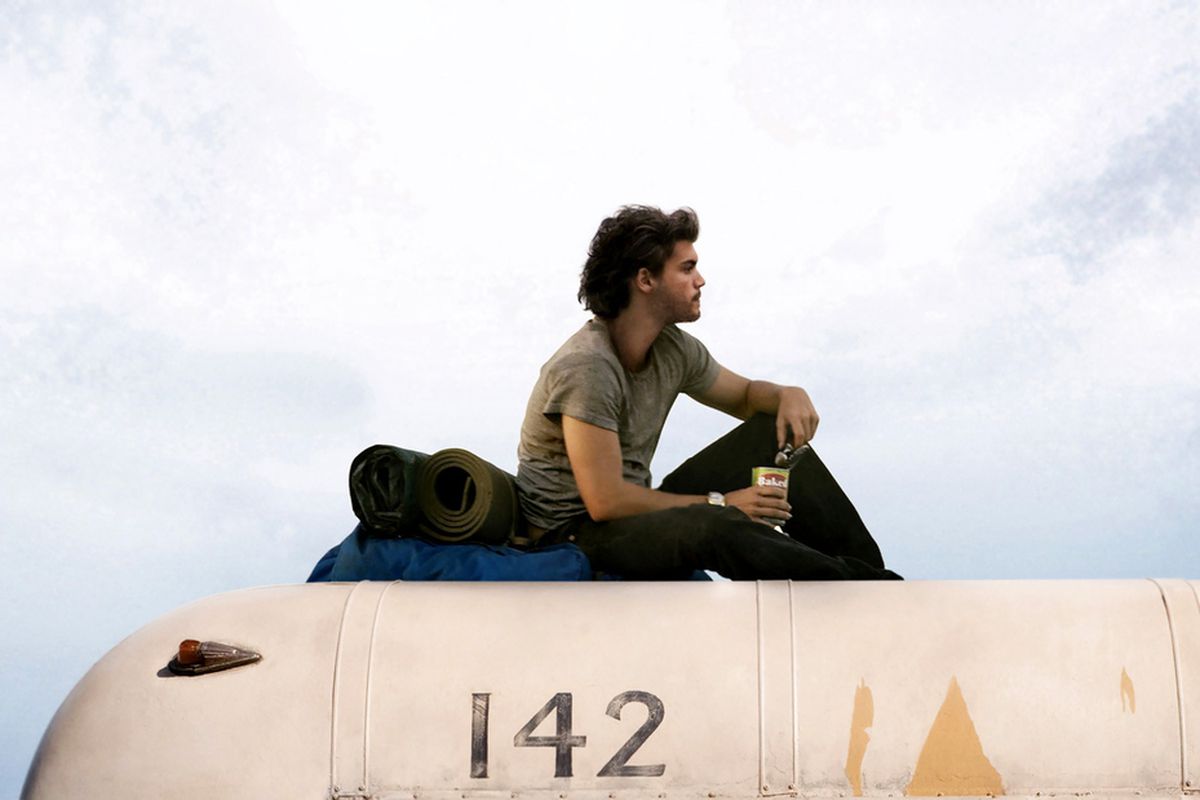 ‘Into the Wild’ became a life-defining experience for many people all over the world as they resonated with Christopher McCandless, AKA, Alexander Supertramp. The biographical film follows a graduate from Emory University who gives up all his comforts and possessions to live in the wilderness of Alaska. Anyone who has watched the movie can never forget it since not everyone has the guts to experience all that McCandless did. The pristine and stunning locations will forever be imprinted in the minds of nature-lovers. Let us take you through where the movie was filmed!

Into the Wild Filming Locations

‘Into the Wild’ was filmed in multiple locations in different parts of the U.S.A. and Mexico. The movie was filmed across 8 states in the U.S., including Arizona, Nevada, California, Oregon, Alaska, South Dakota, Washington, and Georgia. Here are all the details!

In the film, we see that Alex goes to Lee’s Ferry in Coconino County, which is the only spot for several hundred miles that offers relatively easier access to the Colorado River. This is where he begins his journey on the kayak that leads him to Mexico. The kayaking scenes were filmed at a safer portion of the river, between Lake Mead on Hoover Dam and Bullhead City. Page is also seen on the list of filming venues. 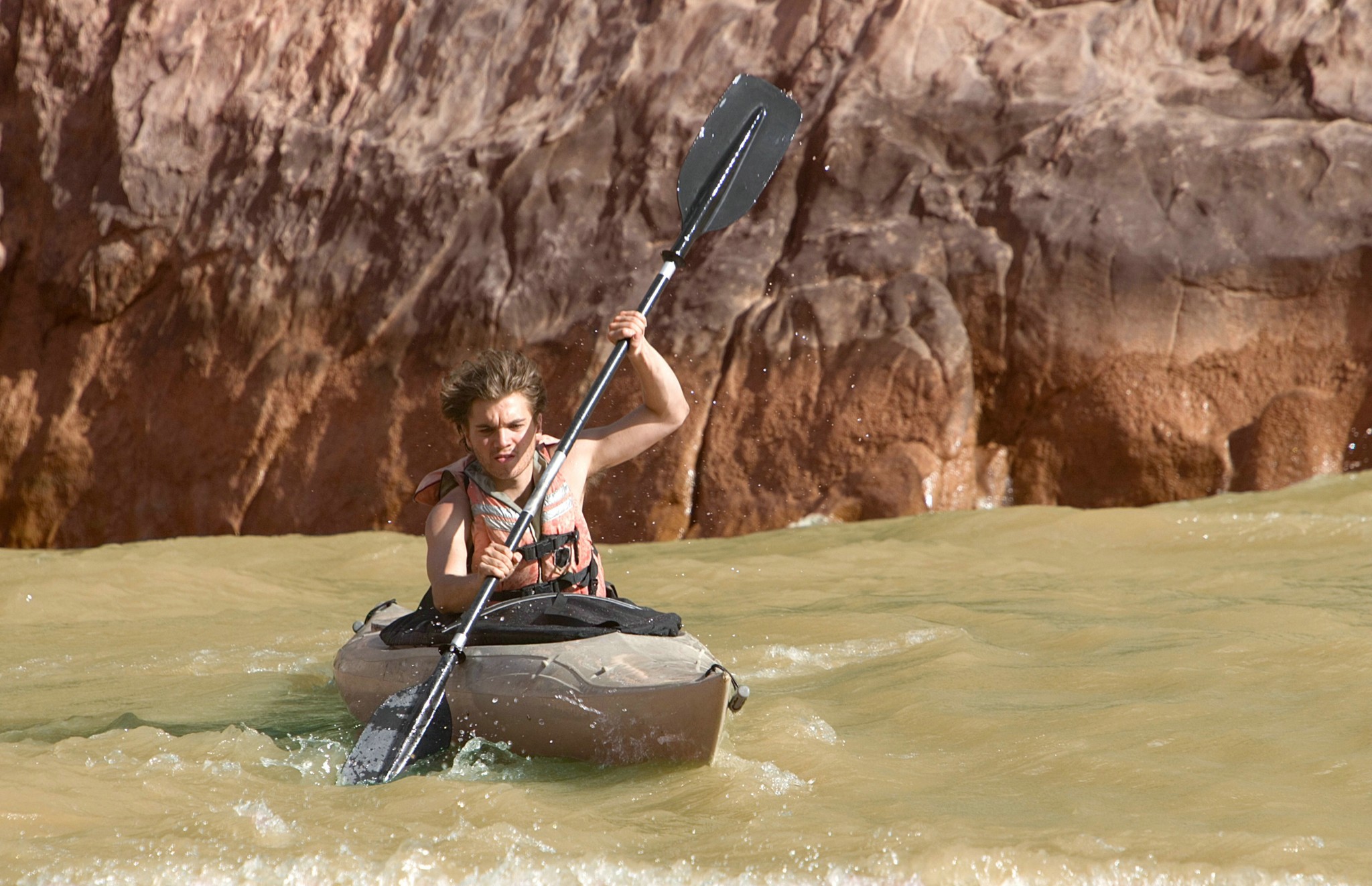 A few sequences were shot at the Grand Canyon National Park, which sprawls across Mohave and Coconino counties. Various places in Mohave County served as filming locations such as Topock, Peach Springs, and Holy Moses Wash near Kingman. The movie was also filmed in different parts of Arizona, such as Yuma and Parker.

Las Vegas is the county seat of Clark County, where several scenes for the movie were filmed. Other locations in Nevada that feature in the film are Boulder City and Laughlin. Laughlin is located on the Colorado River, directly across Bullhead City in Arizona. After losing his car in a flash flood near Lake Mead, Alex continues to travel north while he enters Reno and crosses through the Reno Arch. Reno used to be the gambling capital of the country before Las Vegas.

A few scenes were shot in the studio, Fantastic Lane, located at 27567 Fantastic Lane, Castaic in Los Angeles County. The studio, previously known as Cheyenne Studios, sits on more than 70,000 square feet of land. It offers six sound stages, two private screening theatres, post-production facilities, and more than 80 acres of backlot with canyons, mountains, and other outdoor landscapes. The city of L.A. is briefly shown in the film, where Alex decides to go back to nature. The Salton Sea also makes an appearance. 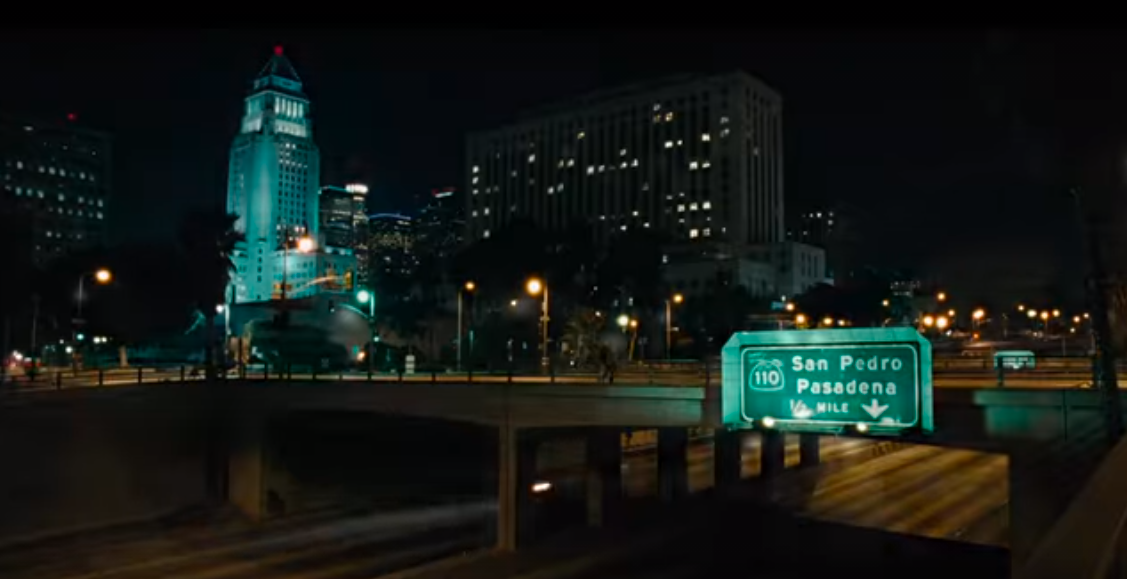 Alex meets Jan and Rainey once again at a campsite in Slab City, which is in Imperial County. In the film, Tracy and Alex visit the Salvation Mountain in Niland, which was also filmed there. The movie used some more locations in California, including Needles, Santa Catalina Island (Channel Islands), Anza-Borrego Desert State Park, Palm Springs, and Lake Tahoe. The city of El Centro is also visible in the film. 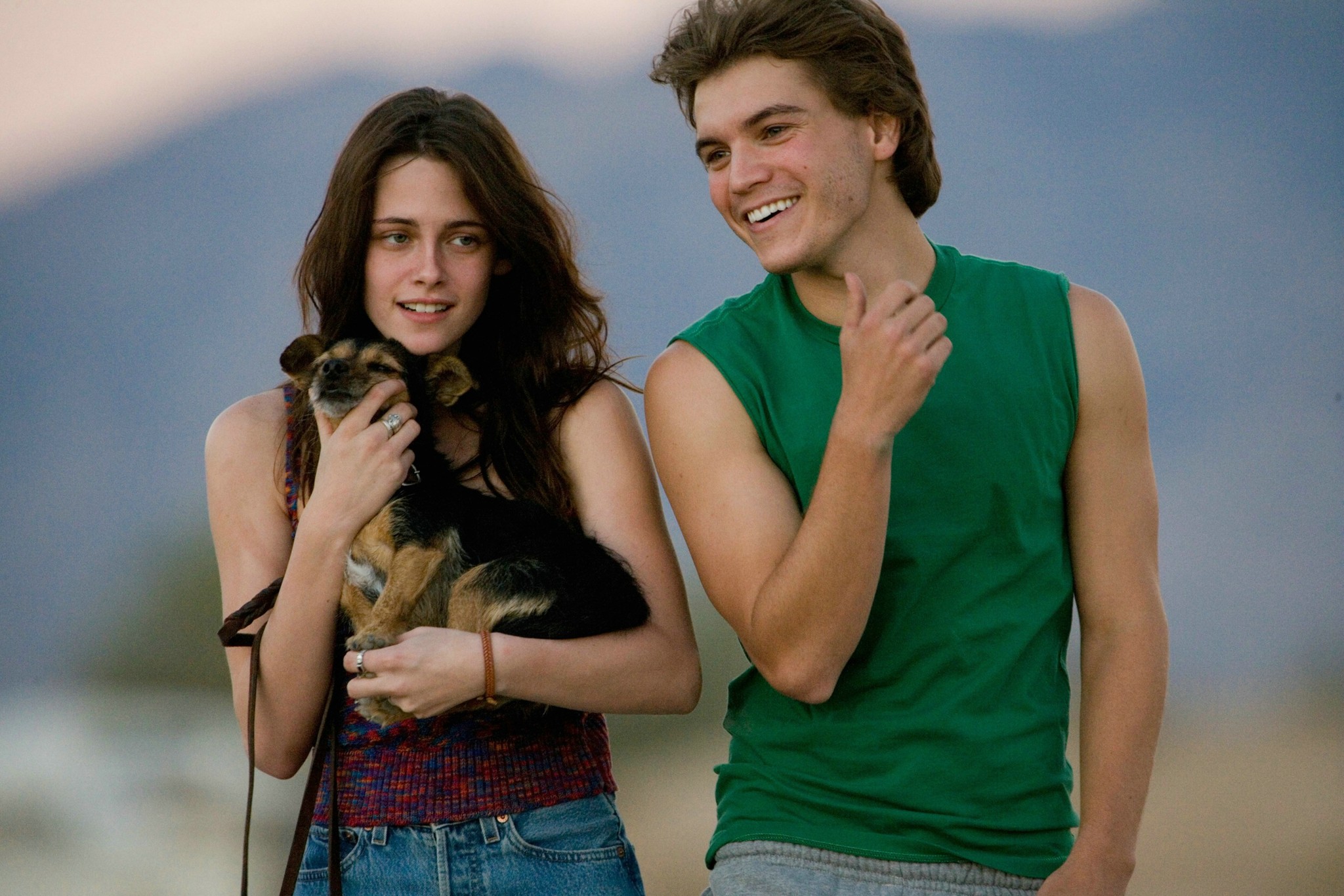 The graduation scene in the film was shot on the front lawn of Reed College in Portland. Other places that served as filming locations are Beaverton and the George Fox University in Newberg, both of which are part of the Portland Metropolitan Area. The movie also filmed sequences in other parts of Oregon, such as Astoria, Sisters, and Mount Hood. 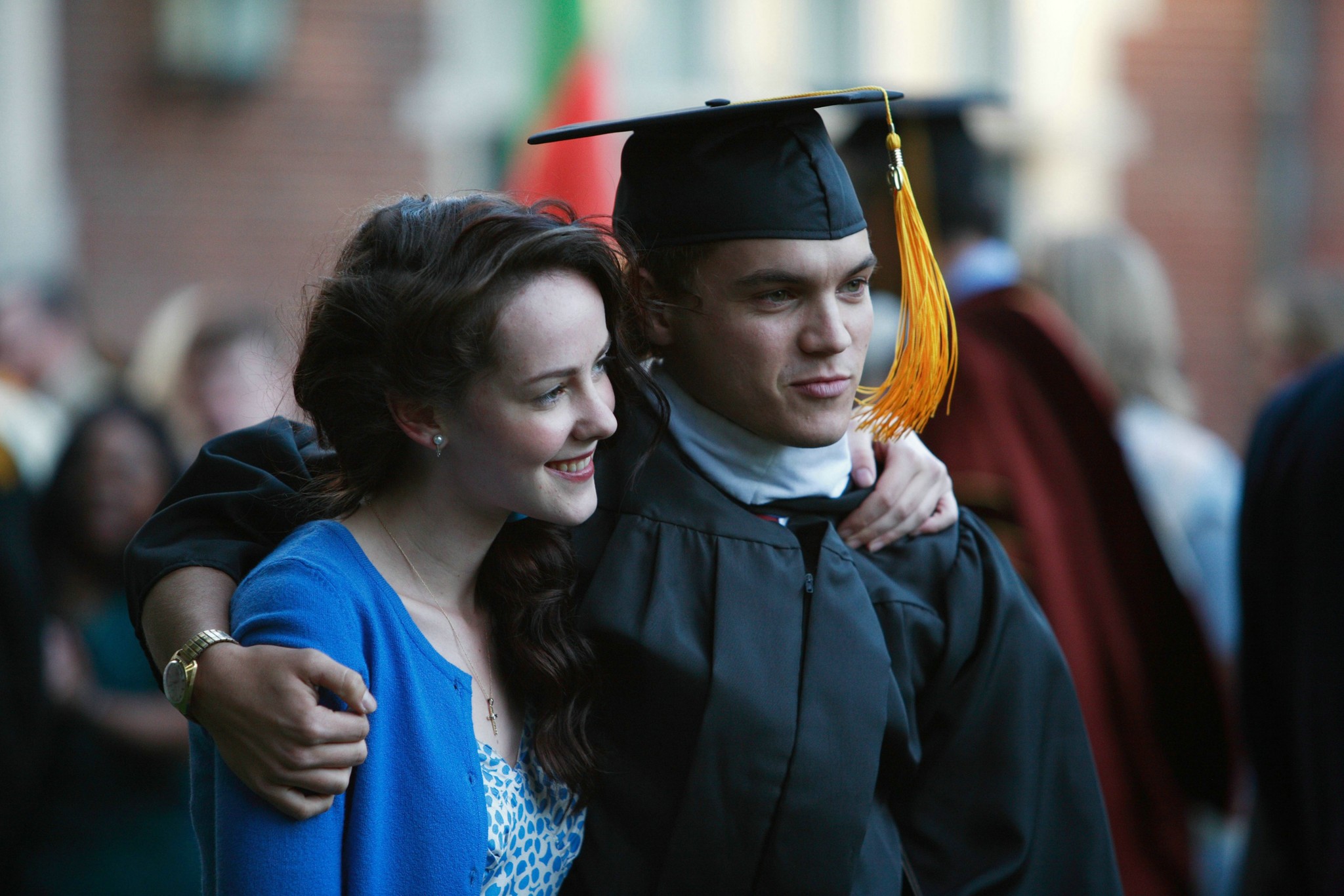 In the film, wide establishing shots of Emory University were used, specifically in front of Michael C. Carlos Hall. The movie features some actual footage of a graduation ceremony at the university on May 15, 2006, although the graduation scenes with the actors were filmed at the previously mentioned Reed College.

One of the film’s most famous locations is the spot where Alex lives in the abandoned bus towards the end of his life. The original location was on Stampede Trail in Denali National Park, near Healy. But now, the bus has been airlifted and moved to a “secure location” since many tourists either needed rescuing or lost their lives trying to reach it.

The scenes for the film were shot 50 miles south, on the banks of the Jack River near Cantwell. The actual spot was hard to reach, so a replica of the bus was created “down to the rust spots.” Other places in Alaska that feature in the movie are Anchorage, Fairbanks, and Copper River.

The stunning sequence where Alex is running with a herd of wild horses is actually filmed at the Black Hills Wild Horse Sanctuary in Hot Springs. It is home to approximately 600 wild horses that have been rescued or abandoned. A few scenes were also filmed at Winner (Tripp County) and Carthage (Miner County). 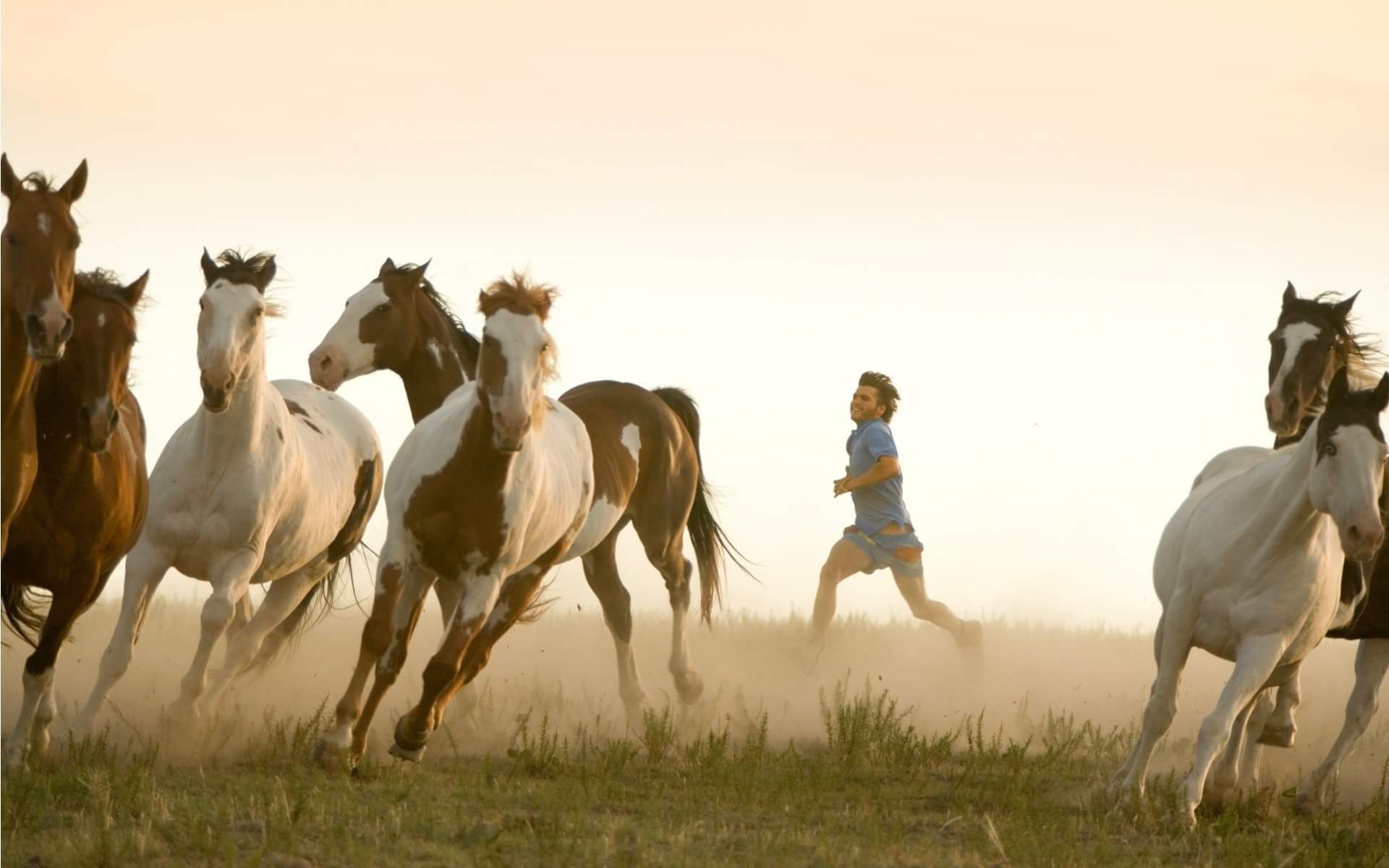 Alex’s beach sequences with Jan and Rainey were filmed at the Beard’s Hollow beach in Cape Disappointment State Park. A few scenes were also filmed in other parts of Washington, such as Seattle and Longview. Orick Beach was also used for filming purposes.

El Golfo de Santa Clara is the place where the Colorado River empties into the Gulf of California. A few scenes in the movie were filmed here. Apart from this, a sequence was also shot at Los Algodones, where Alex is trying to get back into the U.S. after living for 36 days in a cave.