Where Was London Heist Filmed?

‘London Heist,’ directed by Mark McQueen, is a tale of revenge that features Jack Cregan (Craig Fairbrass), a skilled criminal whose heist money is stolen along with the murder of his father Alfie (Steven Berkoff). He dangerously seeks out the cause behind his misfortune and gets involved in a chaotic and murderous mess. The movie was originally titled ‘Gunned Down,’ which was later changed to ‘London Heist.’

The action thriller film takes viewers on a journey through ups and downs, showcased at times through soaked streets as a result of untamed rain outpours, and at other times, across warm, sun-scorched avenues. But where was ‘London Heist’ filmed? Let us take a look at the shooting locations!

The filming for ‘London Heist’ commenced in January 2015. The movie was extensively filmed in London, UK and Marbella, Spain. Let’s dive into the specific details!

Detective Wickstead (Nick Moran) makes a deal with wanted criminal Ray Dixon (James Cosmo), who is seeking refuge in Costa del Sol in Spain. Wickstead has had a life-long enmity with Alfie, Jack’s father, which is why he collaborates with the criminal and sets up a ploy to get the family captured. Events unfold in such a way that Jack and his family are forced to move to Marbella, Spain, where they seek help from Ray, who is a father figure to Jack. The scenes following their escape from the impending dangers of being crushed by Ray’s pawn Lenny Moore (Mem Ferda), were filmed in Spain.

The sequences also feature Jack’s quest to solve the mystery of his father Alfie’s death and discover the location of the stolen money. Craig Fairbrass stated that he had been tremendously obsessed with Spain’s Costa del Sol ever since he was a child. The Brit gangster world, according to him, is accurately captured there, more significantly, in Marbella. He recalled having come across famous people and elusive gangsters treading with caution. The scenes filmed in Spain are replete with danger, drugs, and the essence of what it’s like to be a part of the shadows plastered to the walls of a glamorous lifestyle.

Jack is originally from London, where he puts up with his family. He is pursued by Lenny Moore, who ends up killing his father and also stealing the money they obtained through a heist. He moves to Spain looking for hints and information that might lead him to the killer. The life-altering truths that Jack is faced with, compel him to return to London in an attempt to destroy Lenny Moore and to perform one last robbery. Several scenes in the film were shot in London, the capital city of England. 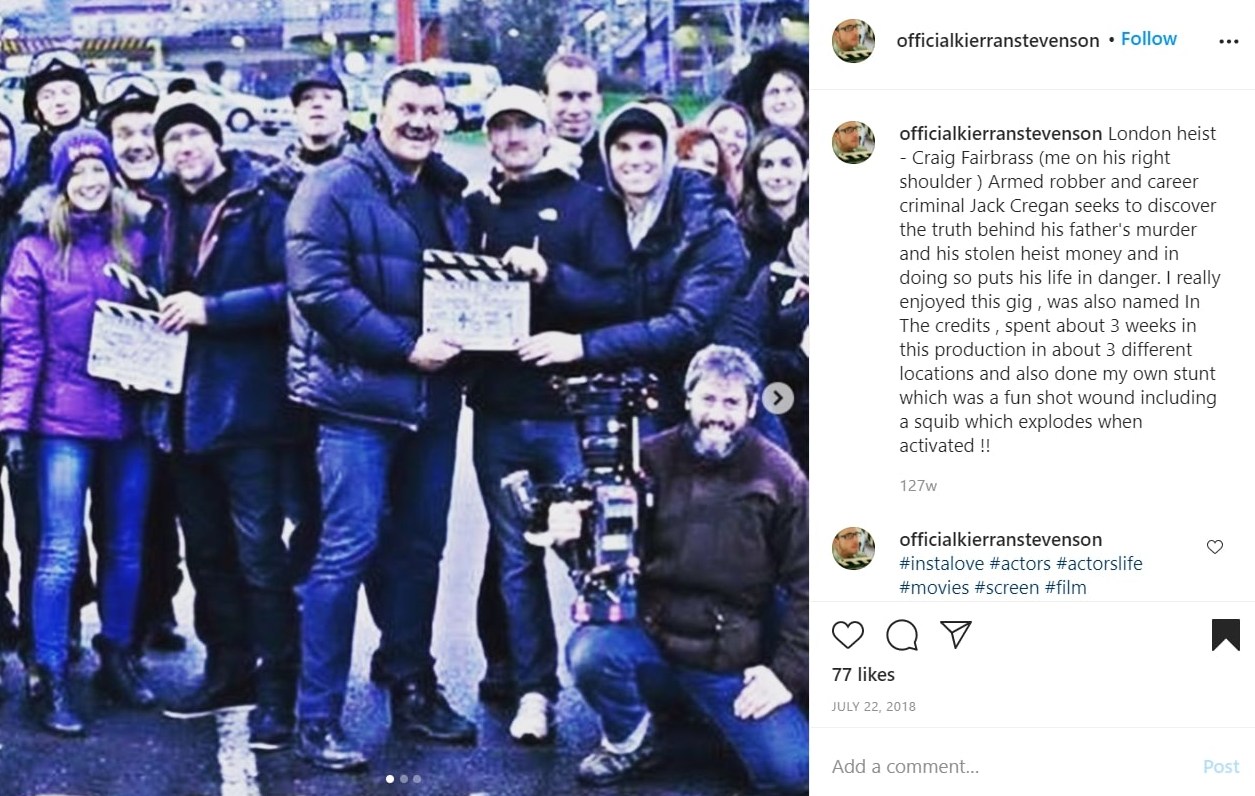 The movie was added to Lionsgate UK’s 2017 Home Entertainment slate in the UK. The company’s feature film business stretches across eight labels and houses many box office hits like ‘La La Land‘, ‘Hacksaw Ridge‘, the ‘Now You See Me‘ series, and ‘The Hunger Games‘ franchise.