Where Was M3GAN Filmed? 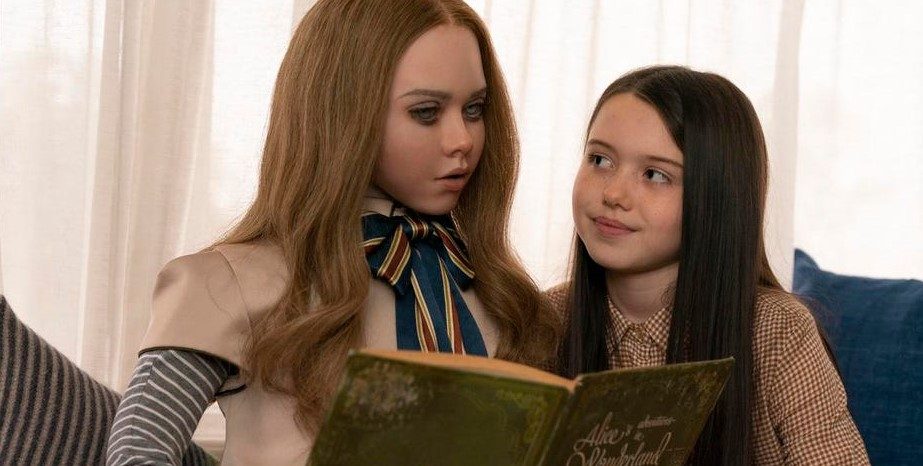 Directed by Gerard Johnstone, ‘M3GAN’ is a science fiction horror movie that revolves around M3GAN (short for Model 3 Generative Android), a lifelike doll. She is designed and programmed using artificial intelligence by Gemma, an outstanding toy-company roboticist. The titular doll is a work of some brilliant technology as she can become the go-to companion for the child she is bonded to. When Gemma’s 8-year-old niece Cady loses her parents in an accident, she becomes her caretaker but is unprepared to handle such a responsibility.

Meanwhile, Gemma faces intense pressure regarding her AI doll in the workplace. To kill two birds with one stone, she decides to pair M3GAN with Cady, which has some deadly consequences. The horror thriller movie features impressive performances from a talented cast comprising Allison Williams, Violet McGraw, Amie Donald, and Brian Jordan Alvarez, which enhance the narrative’s overall quality. Moreover, the use of interesting locations makes one wonder where ‘M3GAN’ was shot. If you are one such curious soul, allow us to fill you in on all the details!

‘M3GAN’ was filmed in New Zealand, California, New York, and seemingly in Quebec, specifically in the Auckland region, Los Angeles, Poughkeepsie, and Montreal. As per reports, the principal photography for the thriller movie commenced in early July 2021 and wrapped up in around six weeks, in mid-August of the same year, just before a lockdown was implemented in New Zealand due to the COVID-19 pandemic. So, let’s not waste time and dive right into all the specific places you can spot in this horror movie!

Most of the pivotal sequences for ‘M3GAN’ were lensed in the Auckland region that encompasses the eponymous metropolitan area, the islands of the Hauraki Gulf, and numerous smaller towns and rural areas. Various suburbs of the region were reportedly utilized to successfully give viewers a Denver, Colorado-type feel. The production team set up camp at the Auckland University of Technology at 55 Wellesley Street East in Auckland CBD, Auckland Showgrounds, aka ASB Showgrounds at 217 Green Lane West in Epsom, and Cornwall Park on Green Lane West in Epsom, to record key scenes for the movie.

Moreover, the town of Warkworth, the Farm Cove suburb, and a small house in the Sunnyhills suburb served as important production locations. The filming unit also shot a few portions in a scientific research facility in Auckland and around Maungakiekie/One Tree Hill. In a conversation with Entertainment Weekly in early January 2023, the lead actor Allison Williams talked about her shooting experience in New Zealand.

Williams said, “The shoot was fascinating. We filmed in New Zealand in the summer of 2021, when COVID was still everywhere. New Zealand had nearly zero cases, and to go to New Zealand, you had to spend two weeks in a quarantined hotel in isolation. All of us who came from outside of New Zealand went through that. Then, once you came out of that hotel, it was just like the old world that we all remember. It was kind of amazing.”

“We shot it really quickly. It was super-challenging. I don’t want to give away any of the magic of how she’s achieved, but getting M3GAN onscreen was really difficult. It kind of brought us all together because it required the collaboration of the full crew. Basically, I feel like every department was involved. It was certainly a unique performative experience for me, playing scenes with M3GAN. I don’t know that I’ll ever have that experience again,” Williams added.

Additional portions of ‘M3GAN’ were taped in Los Angeles, California’s largest city. Situated in Southern California, it is known for its gorgeous beaches, posh neighborhoods, ties to the entertainment industry, and bustling downtown. Moreover, the City of Angels is home to many landmarks and tourist attractions, such as the Hollywood Sign, the Los Angeles Memorial Coliseum, the Los Angeles County Museum of Art, the Venice Canal Historic District, and the Cathedral of Our Lady of the Angels.

Reportedly, the team of ‘M3GAN’ traveled to Poughkeepsie, a city in and county seat of New York’s Dutchess County. Situated in the Hudson River Valley Area, it is also known as The Queen City of the Hudson. Some sectors influencing Poughkeepsie’s economy are education, finance, healthcare, retail, manufacturing, science, and technology.

For shooting purposes, the filming unit of ‘M3GAN’ seemingly set camp in Montreal, the most populous city in Quebec and the second-most populous city in the nation. Located in the southwest region of Quebec, Montreal has hosted the production of several projects over the years, including ‘Mother!,’ ‘Orphan,’ ‘Terror Train,’ and ‘Mama.’