Where Was Marshall Filmed? 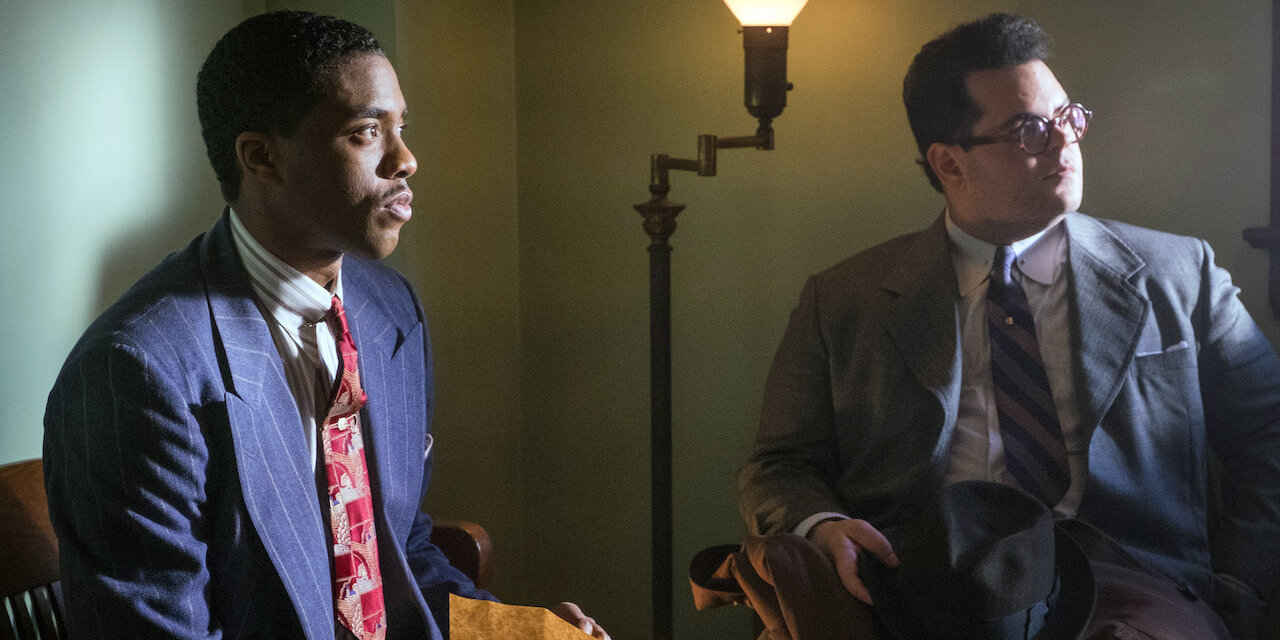 ‘Marshall’ is a biographical film that centers around an early case that iconic lawyer and social activist Thurgood Marshall fought in 1941. The young NAACP lawyer went on to become the first African American Supreme Court Justice. In the movie, he takes on the case of the State of Connecticut v. Joseph Spell, in which the defendant, an African American man, is accused of rape by his employer.

The film follows the case in detail and attempts to faithfully recreate the socio-political climate of the 1940s, which further makes the case all the more important and daunting. The film’s detailed period aesthetic provides a fitting backdrop to the weighty subject matter and makes for an intriguing watch. If you’re curious about where ‘Marshall’ was filmed, we’ve got the story.

‘Marshall’ was primarily filmed in the state of New York, although some scenes were also shot in the city of Los Angeles, California. The movie is set mainly in Connecticut, where the trial is held. Principal photography commenced in mid-December 2015 with some initial filming in California, after which the production team moved to New York. Filming in the Western New York area reportedly wrapped up on July 1, 2016. Let’s take a closer look at the specific filming locations that have been used.

The city of Buffalo in New York was extensively used to give the film its vintage aesthetic. The city boasts of a wide variety of period architecture that gave the filmmakers a suitable backdrop for the film. Buffalo stands in for the city of Bridgeport, Connecticut, where the majority of the movie is set.

Filming took place in multiple locations of Buffalo, including Buffalo City Hall at 65 Niagara Square, Michael J. Dillon Memorial United States Courthouse on 68 Court Street, and Delaware Park on Meadow Drive. The Buffalo Central Terminal at 495 Paderewski Drive features in the film. It has been undergoing renovation and restoration work for a long time following years of abandonment. So, the production team had to work extensively on the venue to give it the movie makeover.

You might also recognize The Buffalo Club as a filming site; it is located on 388 Delaware Avenue. Additionally, Statler City’s Niagara Room (the former Rendezvous the Niteclub), a wedding venue on 107 Delaware Avenue, stands in for Minton’s Playhouse in Harlem.

The production crew used multiple locations in Erie County, New York, most notably the Daemen College in Amherst. A building owned by the college was used to depict Eleanor Strubing’s home, where filming reportedly took place on the first and second floors. Moreover, exterior shots of the building also appear in an important scene in the movie.

The house is reportedly the presidential residence of Daemen College and is seemingly located near the college campus on Main Street. Sources revealed that adjustments were made to the house to give it an accurate 1940s feel for the purpose of filming. In addition, the town of Orchard Park in Erie County was briefly used for filming. Some important sequences at the reservoir were filmed on the Parkview Bridge in Akron Falls Park.

The Niagara Falls Public Library on 8728 Buffalo Avenue in the town of Niagara Falls, as well as the Genesee County Courthouse on 1 West Main Street in the city of Batavia, were used for additional lensing.

Filming also seemingly took place in Los Angeles, California, in the early days of production and most likely included studio filming. The filming resources found in Los Angeles are some of the best in the world. The production crew likely got most of their studio and off-location scenes shot in Los Angeles before heading to New York to shoot sequences that required period architecture.