Where Was Marvel’s Runaways Filmed? 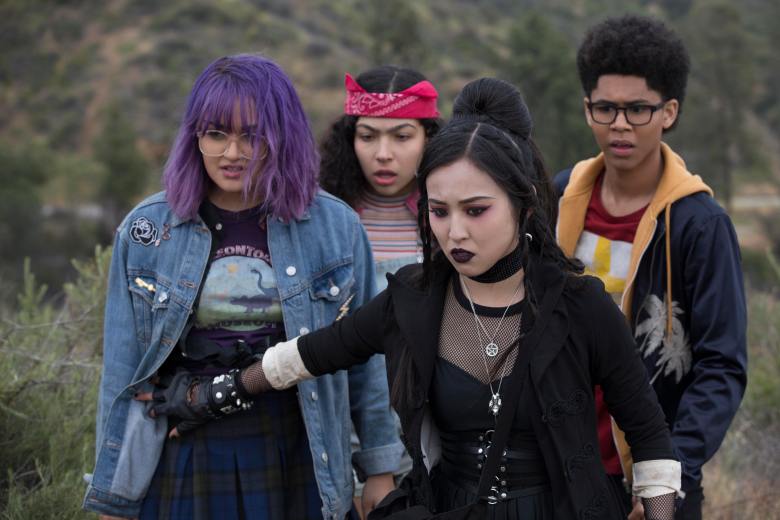 ‘Marvel’s Runaways’, simply known as ‘Runaways‘ is part of the MCU and the series shares continuity with what we see in other shows and films. It airs on Hulu and the premise follows a group of teenagers who run away from their homes and band together. They realize that their parents are criminals, and part of a group called PRIDE. Deciding to stop them, we have seen the titular runaways facing off against the PRIDE, which only escalates over the seasons. The new season sees the team facing off against Morgan le Fay.

A Marvel series always draws attention and attracts interest. Since the action is spread out and even fantastical, you might be thinking that it is done using green screens and CGI. In fact, Marvel detractors have levied charges that most sequences are shot using special effects, lessening the impact of the moment. However, ‘Runaways’ does not go down that road, making use of several real-life locations to capture the events of the show. You might want to know where the places are, since many fans like visiting the sites where their favorite films and shows have been shot. We have got you covered in that regard.

‘Runaways’ has obviously been filmed in a studio, because some of the action sequences require a studio setting to be captured. However, the rest of the show has been filmed in Los Angeles, California. According to reports, all the seasons of the show have been shot there, making use of the various iconic locations all over the city.

When studio work was needed, the show has been filmed at Paramount Pictures on 5555 Melrose Avenue Los Angeles, California. Some of the sets including the interiors of the Hostel were built there. There have been reports about the set being the largest built by Marvel Television. Now, without much further ado, let us take you through the specific locations in Los Angeles where ‘Runaways’ was filmed, as we attempt to corroborate the locations with the scenes that played out in those places. We will deal with the sets for which the studio was used, after that. 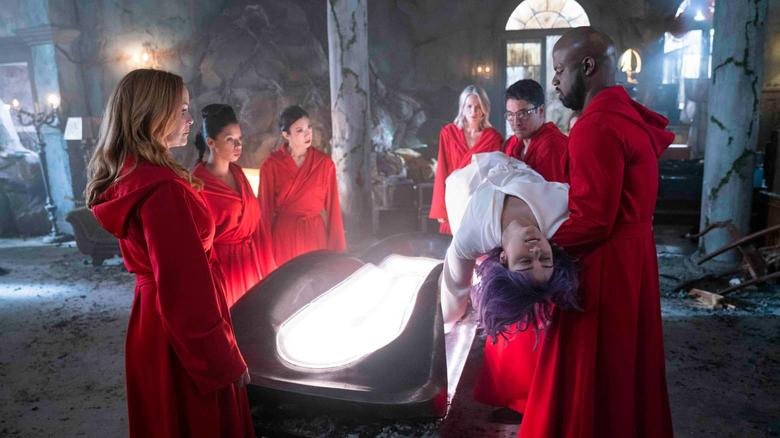 Some of the locations that jump out right at the start of ‘Runaways’ are the Beckett Mansion on 2218 S Harvard Boulevard, where Karolina can be seen having a good time before passing out due to sketchy drugs, only to be rescued by Chase, and McBridge High School on 7025 Parkcrest St, Long Beach, where Alex tries to get his old friends to meet up, but they happen to be busy.

Other locations that become evident are Will Rogers Beach at 14755 Pacific Coast Highway, Santa Monica, Viento Y Agua Coffee House at 4007 E 4th St, Long Beach, Launderland Coin Laundry at 1119 N Western Avenue, and North Saint Andrews Place (between Virginia & Santa Monica) at 1114 St Andrews Place. We see Nico trying to light a bonfire on the beach, while Chase arranges a meeting at the coffee shop. Destiny looks for a place to stay, asking at the laundromat, while the last location sees her getting harassed while trying to make a phone call.

Los Angeles Produce Market at 915 S San Pedro Street, also features prominently because it is shown to be a PRIDE construction site. Moreover, there is a bus depot there where some scenes are filmed. The Dean house is at 1366 East Palm Street, where some scenes have been filmed over the episodes. Among other locations is the crossing at Moorpark Street & La Maida Street.

As the show goes on, more locations have been revealed depending on where the action plays out. Some notable places include 25010 Thousand Peaks Road or the Stein House, Emerson College Los Angeles Center at 5960 Sunset Boulevard, where Stacey and Dale are surprised by the party thrown for them.

The Torrance County Beach serves as a meeting point for the kids, where they discuss their growing concerns about the activities of their parents. La Maida Street & Peach Avenue has a dead-end where ‘Runaways’ documents a wonderful confrontation between Catherine and Molly. Mayfield Senior School at 500 Bellefontaine St, Pasadena, serves as Atlas Academy, where the kids go. This is where they band together, growing closer to each other.

635 South Mateo Street has a building that was constructed as the headquarters of Hills Bros. Coffee but serves as the police station in the show. Among other sights seen are Conway Place, where there is a homeless encampment, Archdale Road & Valley Meadow Road, where Victor drives with a kidnapped kid. The Exposition Park has also seen some scenes of ‘Runaways’ being filmed.

Ebell Club of Los Angeles sees the gang meet up to avoid suspicion. The Momo Korean Restaurant at 980 S San Pedro Street, sees Darius meeting his girlfriend, and the runaways hatching a plan on two separate occasions. A street corner at El Adobe Market sees Alex make a move against his dad with an alliance with Darius. Griffith Park is one of the more famous locations that residents should recognize from the series.

The runaways take shelter there, planning their moves in the woods. Other recognizable sites include the Dresden, Hollywood Boulevard and Harvard Boulevard. In fact, Alex sees Griffith Observatory in the distance in one of the episodes while on Harvard Boulevard. Patra Burgers, on Sunset Boulevard, becomes one of the many hidden city locations that ‘Runaways’ films in.

Some other popular locations we can catch include Rattlesnake Park, where we see the Los Angeles River, as the runaways chase a thief, 1816 North Wilton Place, which serves as Darius and Tamar’s home, and the Hollywood Burbank Airport, serving as Van Nuys airport. Topher’s family home is located at 2828 Sichel Street.

Paramount Studios and Other Studios: 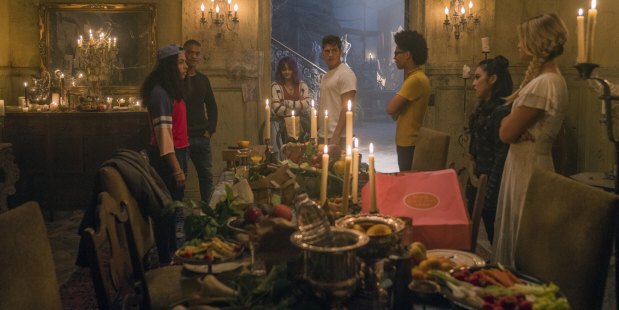 Shooting in Los Angeles means that shows can make use of studios easily, which can be seen here. Both the Hall of Justice and the South Los Angeles Medical Center have been filmed at Los Angeles Center Studios, while Karolina and Victor have a confrontation in a warehouse, that is actually filmed at Willow Studios.

This brings us to Paramount Studios. The Marathon Building doubles as the Los Angeles Police Department, while the New York City Backlot in the studios can be seen as the Healing Algorithm, which is the simulation created by Jonah. The Security & Tour Building serves as the PRIDE provided soup kitchen. Paramount Theater itself is shown as the Church of Gibborim Worship Center. Van Ness Parking doubles as the church’s parking garage, Plaza Parking serves as the VIP parking for the church, and Set, Lighting, & Grip, which is part of Paramount as well, is shown as AWOL’s hideout.

There are several other minor locations that have shown up in the series, and if you love Los Angeles and know the layout by heart, you might be able to spot them. However, the takeaway is that ‘Runaways’ goes deep into Los Angeles and the studios to set their show up perfectly, letting the tale play out across the vast expanse of the city.