Where Was Middle of Nowhere Filmed? 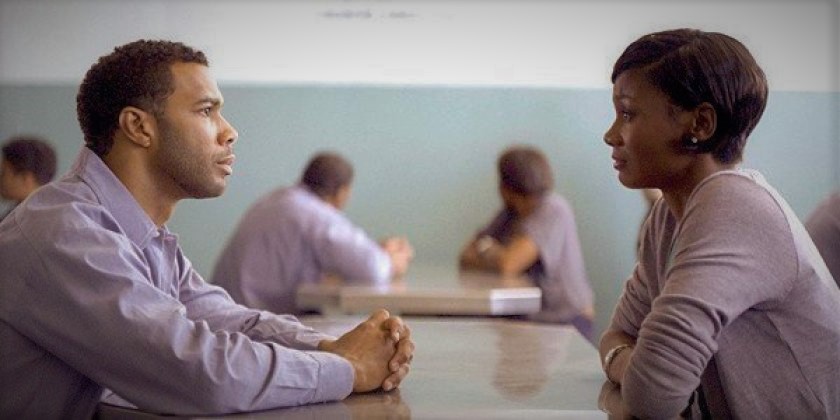 Written and Directed by Ava DuVernay, ‘Middle of Nowhere’ is an independent film that introduces viewers to the struggles of a married woman whose husband has been incarcerated. Ruby had a bright future ahead of herself as she was in med school working hard to accomplish her dreams. But unfortunately, after the imprisonment of Derek, she had to choose between her dreams and family obligations.

Despite her mother’s disagreement, Ruby puts her life on hold and quits med school to be her husband’s moral support. Derek is serving an eight-year sentence, and Ruby believes that it is important to stick with him during these trying times. She makes four-hour round trips just to be home when Derek is allowed to call during the week. However, midway through the film, she finds herself questioning her past choices.

Ruby’s marital worldview is shaken as she gets to know more about her husband and realizes that Derek had not been as honest as she believes. Torn between her failing marriage and problems with her mother and sister, Ruby accepts the attention of Brian, a friendly bus driver. Her fight for Derek’s early parole and other emotional struggles fueled by her husband’s dishonesty is beautifully captured in ‘Middle of Nowhere.’ If you have been wondering where the movie was shot, here’s what we found out.

‘Middle of Nowhere’ was shot in nineteen days in June 2011, and under a budget of just $200,000. DuVernay, the director of the film, believed she could have done a lot better if she had more time, as it would have allowed her to explore more things. However, the budget or time constraints or both were probably the reason that she couldn’t do it. This is perhaps why it was filmed entirely in just one city in the United States. Let’s find out where that is!

Ruby’s house in the film is located in South Los Angeles. DuVernay was very clear that she wanted to challenge the assumptions about the people who live in these communities. It was one of the reasons that she chose the Spanish mission-style duplex as Ruby’s house. For DuVernay, it was about confronting false ideas such as people living in these communities don’t work as hard as they should or they don’t care about their homes. The cast and crew also filmed several scenes in Compton, Inglewood, Leimert Park, as well as various areas of East Los Angeles.

In one of her interviews, the filmmaker also admitted that Ruby’s house reminded her of the house where she was raised. The shooting in the South Los Angeles neighborhood took almost a week, and all of Ruby’s house scenes were shot there. The prison scenes were shot at Federal Correctional Institution, Victorville, which is a medium-security prison for male inmates. It is exactly located at 13777 Air Base Road in Victorville.

Several important emotional scenes between Derek and Ruby were filmed there. Since imprisonment is a crucial part of the overall plot, DuVernay appears to have to put a lot of thought into the location of the prison. The entire movie was shot in nineteen days which is half of the studio average and it is impressive that how well DuVernay has directed it in such a short time.