Some things are better off from a distance; the closer you get to them, the scarier they become. One of those things is prison. We love watching documentaries about them and we totally dig shows that revolve around the lives of prisoners. But we would never want to be a part of that hostile surrounding. Some of the best movies like ‘The Shawshank Redemption‘ and TV shows like ‘Prison Break’ have been set up in prisons and the whole prison scenario adds great value to these. It’s always fascinating to watch a heroic innocent figure who ends up in prison just being at the wrong place at the wrong time. Yet, the character does not break under the pressures of the prison life and somehow manages to get through, eventually proving to everyone that the confinements of prison are not enough to break him/her.

Prisons may not exactly be how they’re shown in these movies or TV shows but we still love watching them. So we’ve compiled some of the finest prison-related TV series for you to watch. Here’s the list of really good prison TV shows on Netflix that are available to stream right now. The list includes comedy-drama series, real-life documentaries about the most dangerous prisons and also about women behind bars, all these will help you tide over your need for thrilling prison shows and movies. 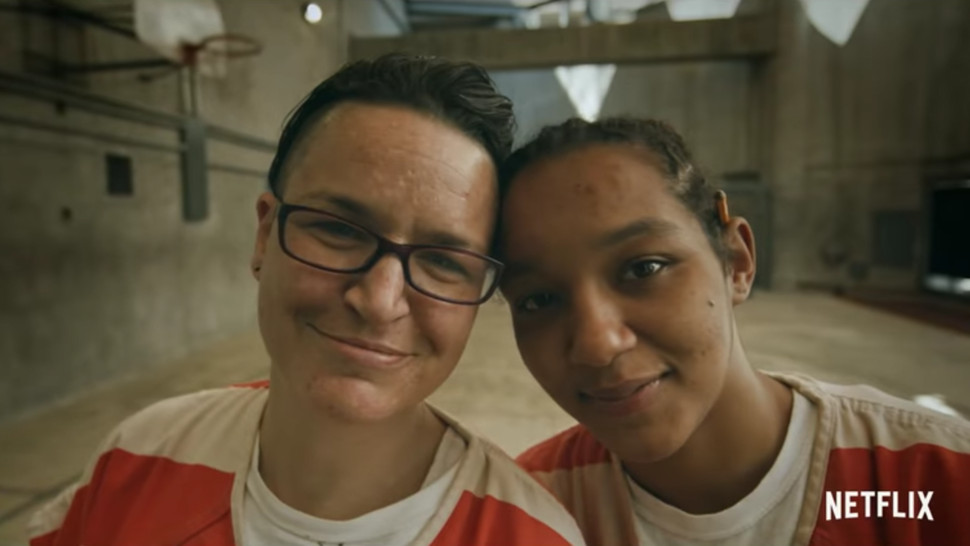 ‘Jailbirds’ is a reality television series that revolves around the female inmates of the Sacramento County Jail who are forced to fight for power and love in a highly competitive environment where nothing comes easy in life. As they are occupied in their day-to-day affairs, the incarcerated women face countless challenges, and with very few chances of making their lives better on the line, they do not shy away from using any means necessary to get what they want. Such a competitive environment naturally becomes a reason for conflicts where everyone justifiably does whatever it takes to make their respective lives better. 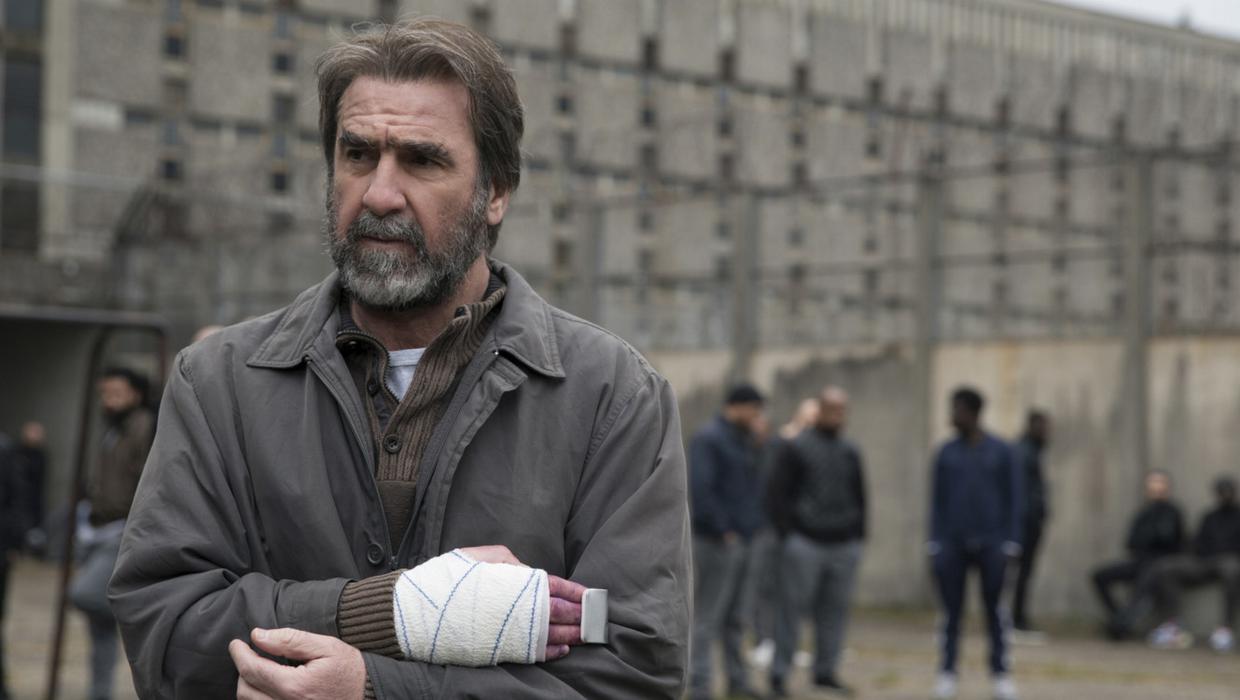 Starring Eric Cantona, Suzanne Clément, and Alex Lutz, ‘Inhuman Resources’ is a crime thriller series that based on Pierre Lemaitre’s book ‘Cadres Noirs.’ The series follows a senior executive named Alain Delambre, who has been unemployed for six long years and is now willing to do anything to get a job and live a respectful life.

So, when a prestigious organization presents him with the opportunity that he has been waiting for all this time, Alain does not think twice before hitting his own son-in-law, stealing from his daughters, and alienating his faithful wife. Unfortunately, things don’t really go as he has imagined after the company challenges him to a role-playing game before hiring him. Alain is more than eager to do whatever is asked of him without ever realizing their true intentions, but his desperation for a job ultimately leads to his downfall.

Life can be really unfair sometimes to certain people and one of these was Kalief Browder. At the sensitive age of 16, Kalief was charged for a crime he did not even commit and was sent to Rikers Island Prison for three long years. He was accused of trying to steal a backpack, and when his family could not pay bail of $900, he had spent 3 years in prison for no fault of his. The charges were eventually dropped and Browder committed suicide soon after his release from prison.

The series features exclusive interviews of those who were involved and shows us how the whole system has some really big loopholes where the innocent tend to suffer. He killed himself two years later but his story is still out there, and it shows that he was an American hero who kept fighting till the very end. The show was produced by Jay Z, who wanted the world to know the story of the innocent, Kalief Browder. 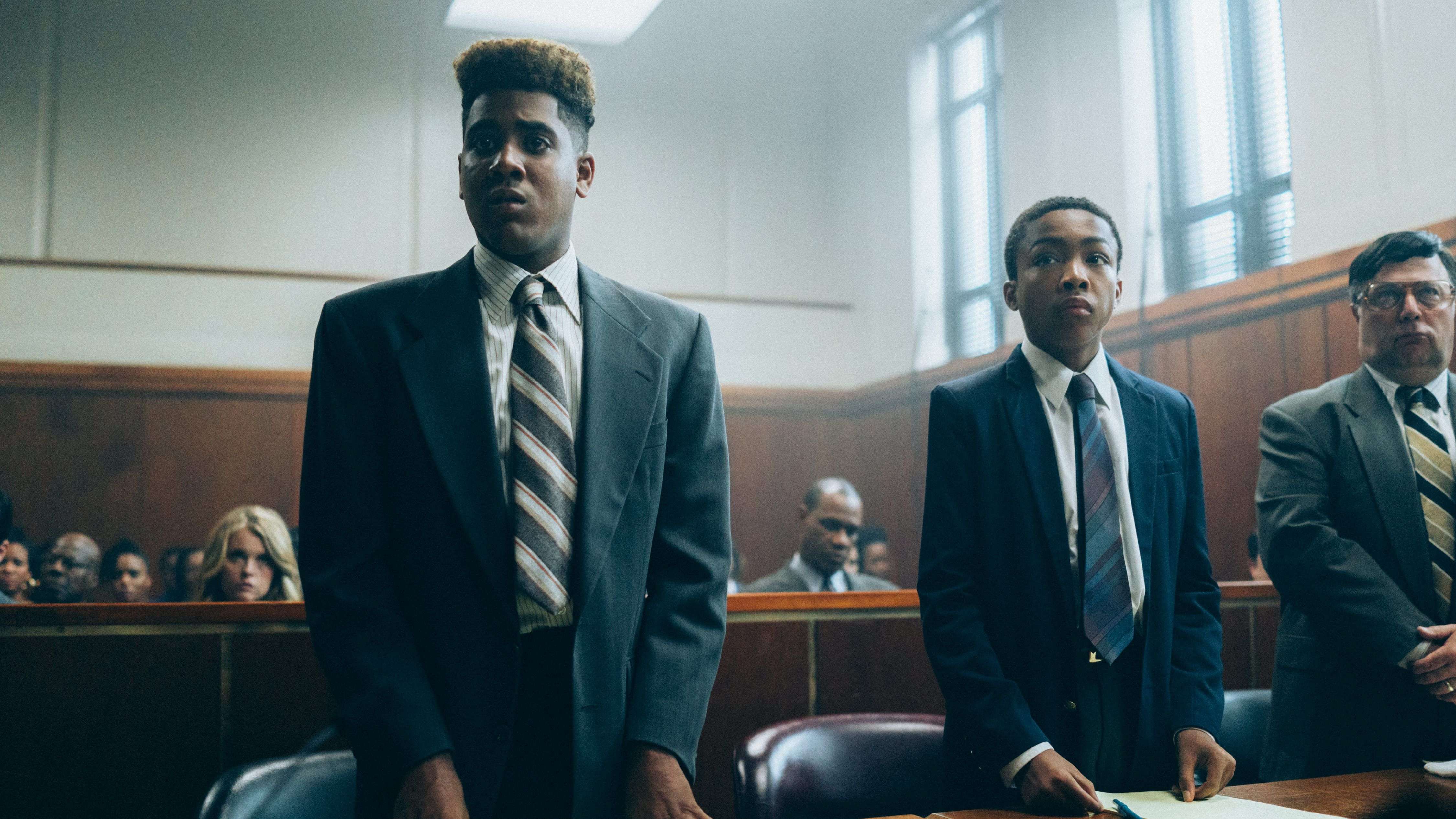 Created and co-written by Ava DuVernay, ‘When They See Us‘ is true-crime drama series that sheds light on the horrific 1989 Central Park jogger case in which five innocent Harlem teens were falsely accused of assaulting a white woman. The riveting show exposes the deep-rooted racism of the time and poses several questions that are still relevant in the current socio-political climate. 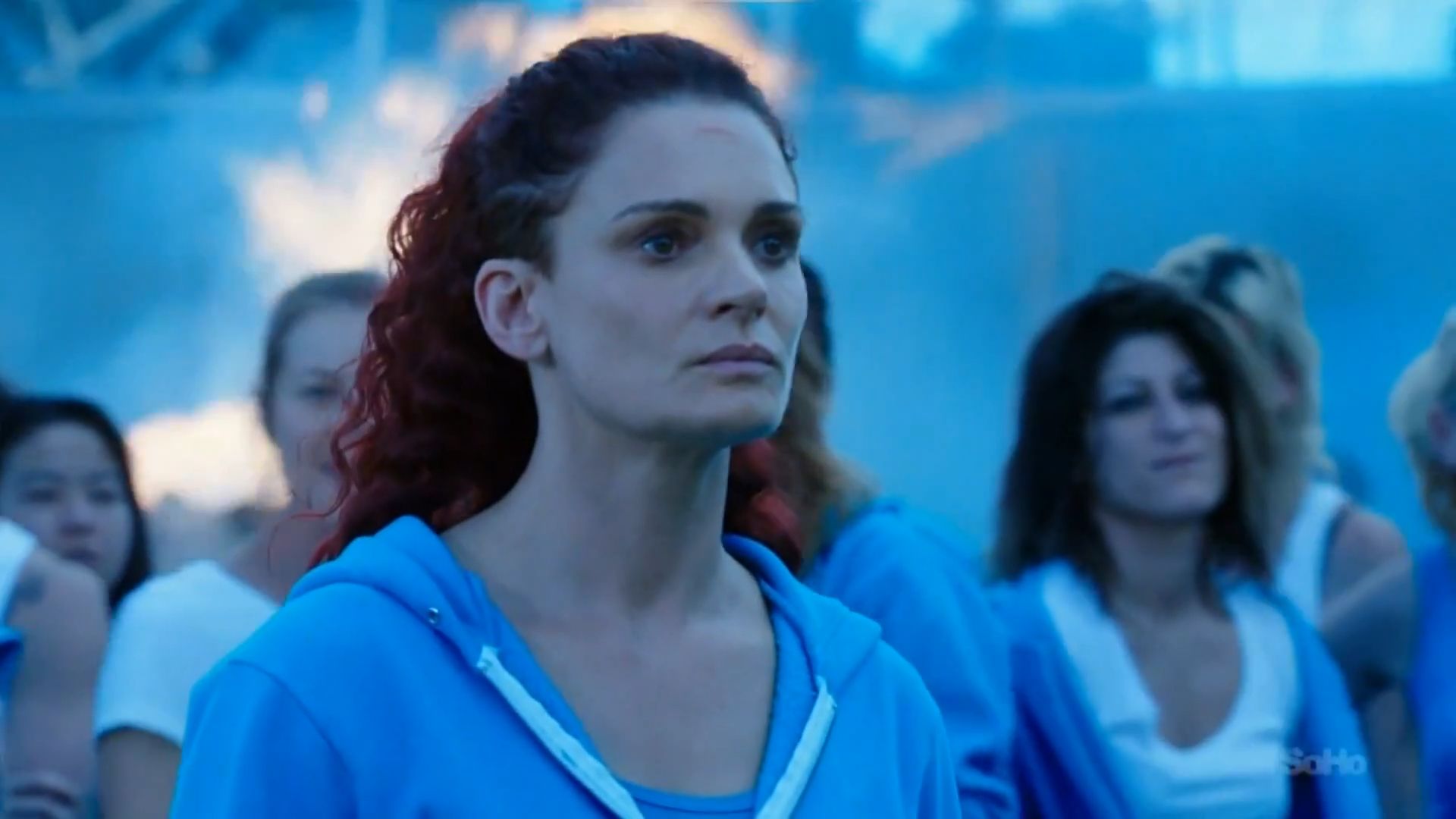 ‘Wentworth’ is more or less like an Australian ‘Orange is the New Black’ with a slightly more serious undertone. The protagonist of the show is Bea Smith, who awaits trial for attempting murder of her own husband. While she waits for further instructions regarding her trial, she needs to learn to adapt herself in the prison and get along with whoever she can to survive. The show has been brilliantly executed and has some great writing and acting. If you enjoy modern drama shows that have a streak of the 80s feels to them, then you should definitely check this one out. 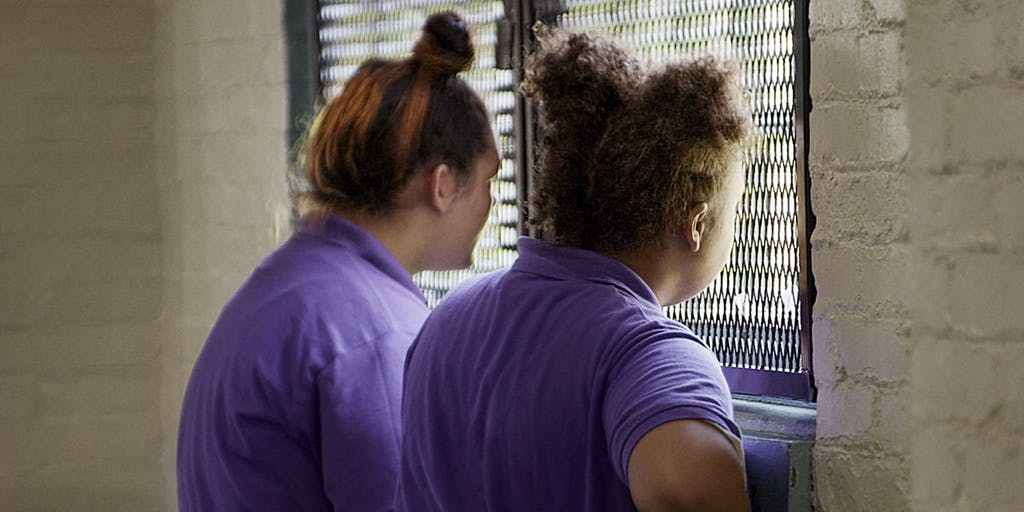 The teenage years are the most crucial years of our lives and can entirely make or break us. The show follows the lives of young teenage girls who are locked up in a juvenile facility in Madison and shows the impact of this on their lives. At times, the confinements of this facility become very taxing because these teenage girls miss out on some major milestones of life involving family and friends.

But still, even inside the facility, they try to maintain good interpersonal relationships to avoid any further trouble and celebrate small events together, which includes graduations and birthdays. This docu-series makes you realize that sometimes it is necessary to be grateful for the little things that you have in life because there are people out there who live a tougher life and don’t really have to option to live an ordinary life. 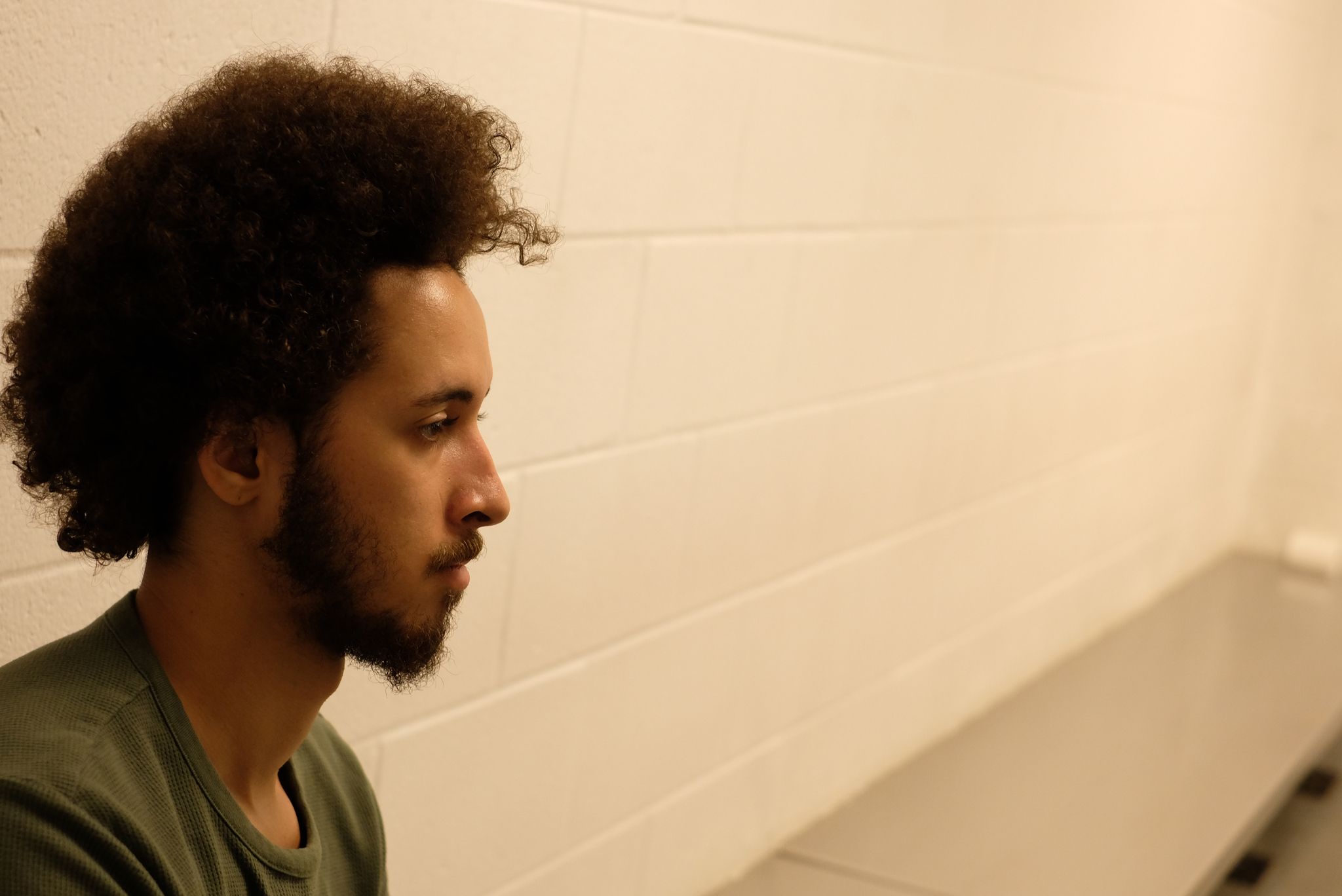 ‘First and Last’ is a Netflix series that documents the lifespan of individuals throughout their prison time. It starts off by rolling cameras on the freshly arrested inmates and then shares their journey, all the way up to their last few days in the prison and till the very end of their journeys in the facility. This show manages to capture some deep insights into the lives of these prisoners and offers a lot more than you would be expecting from a prison docu-series. 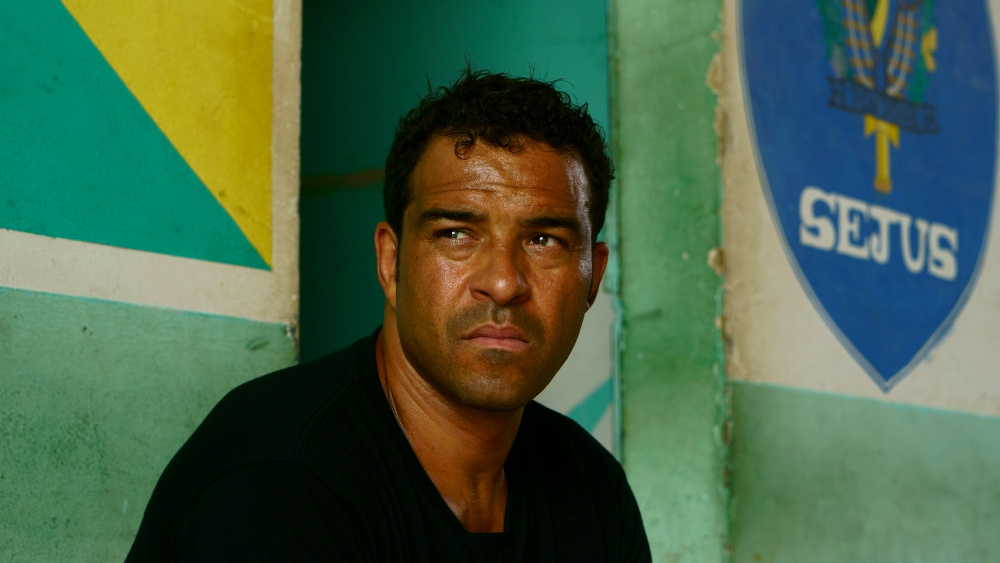 Do you know what’s worse than being in prison? Being in the prison of a foreign country. This show’s host Paul Connelly takes us on a journey through these hostile foreign prisons and shows us the horrifying realities of these places. If you were horrified by what you saw in ‘A Prayer Before Dawn‘ then trust me, this is even worse. After watching this, you’ll never look at the prison the same way you used to. 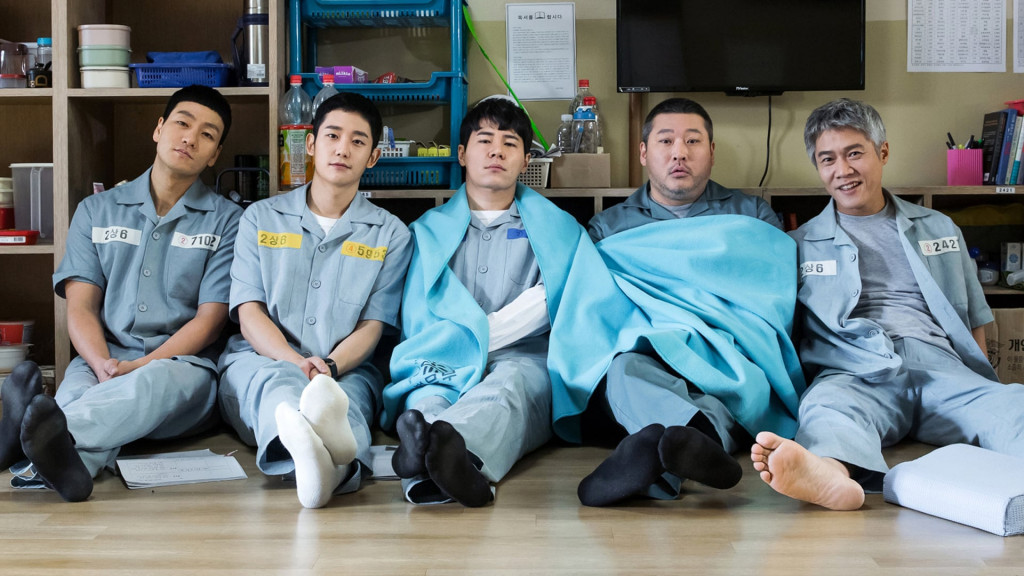 ‘Prison Playbook’ is a South Korean comedy-drama series that revolves around the life of a Baseball pitcher who is almost at the peak of his career but somehow lands himself in prison after he tries to protect his sister from a sexual assault. All this happens a few days before he was about to play for the Boston Red Sox. But now behind the bars, he needs to learn to survive and adapt to the prison environment.

‘Prison Playbook’ portrays prison life in a surprisingly new way — with a whole lot of comedy. You will surely fall in love with the characters of this series and you will find yourself laughing and crying with them. You might even have a hard time going back to watching US-based TV shows after watching this one because it sets the standard too high.

‘Orange Is the New Black‘ is probably the most well-known series on this list. It tells the story of a young woman who gets sent to prison because of her past life that involved smuggling drugs along with her lesbian lover. Being her first time in prison, she slowly learns to adapt to her environment and builds relationships that could get her in trouble in the future.

The first few seasons of this show are very engaging and well written and you won’t be able to get your eyes off it during the initial seasons. But it later loses its charm and becomes a drag. Start watching this show and watch till it entertains you because, in the beginning, it surely will, and watching the last few seasons is all up to you.