The Brad Bird directorial, ‘Mission: Impossible Ghost Protocol’ is an action spy movie that serves as the fourth installment in the ‘Mission Impossible‘ franchise. The narrative revolves around Ethan Hunt and his team (the IMF), who are wrongfully accused of bombing the Kremlin. To clear their organization’s name and maintain its reputation, they take extreme measures to find the real culprits in a race against time.

As the IMF travels to different places throughout the narrative to prove their innocence, the team is seen in various action-packed sequences set against the backdrop of some exciting locations. Whether it is the sandstorm sequence or the iconic skyscraper scene, the viewers are left wondering about the real-life sites showcased in the espionage film. If you are one such curious soul, you might be interested in what we have to share!

‘Mission: Impossible- Ghost Protocol’ was filmed in the Czech Republic, Canada, the United Arab Emirates, Hungary, India, Russia, and the US- specifically in Prague, British Columbia, Dubai, Budapest, Mumbai, Bangalore, Chennai, Moscow, and California. The principal photography for the Tom Cruise-starrer seemingly commenced in late September 2010 and wrapped up in March 2011. Now, let’s get into the specifics of all the locations used for filming the movie!

For lensing a majority of the scenes set in Moscow and Budapest, the production team utilized the versatile landscape of Prague, the capital city of the Czech Republic. The Departures Hall of Prague Main Station replaces the Budapest Train station for the opening scene. In addition, the sequence where Hunt and Brandt hide out in the railway yard was filmed in this train station too. It is located in Wilsonova 300/8. The rooftop scene over the Budapest Train station was filmed on the roof of MeetFactory, a contemporary art center located at Ke Sklárně 3213/15 in Prague.

Located in Hradčany, Prague Castle, specifically the second courtyard, stands in for the interior scenes involving the Kremlin courtyard in Moscow. The hospital scene from where Hunt escapes was taped in the Chili Hostel on Pstrossova 7. It is the Mánesův Most (Mánes Bridge) where the scene of a car falling into the water by a bridge was lensed. While the portions involving the tunnels under the Russian prison were filmed in the Old Sewage Cleaning Station, the prison scenes were shot in a long-closed prison, Mladá Boleslav Prison. Located just 30 miles northeast of Prague, a few street scenes were shot outside the prison.

A large chunk of shooting was further done in Vancouver, a major city located in the Lower Mainland region of the province of British Columbia. Vancouver Convention and Exhibition Centre was modified to stand in for the Indian city of Bangalore. Not only that but several exterior scenes set in the city of Mumbai were also filmed around the convention center. It is located at 1055 Canada Pl in Vancouver. Some pivotal sequences were recorded on the Canada Place at Burrard Bridge and the Vancouver Block. The final scene where the team meets up was shot in Granville Island in Vancouver, which doubles for Pier 47 in Seattle.

In addition, the production team traveled east of Vancouver to lense many interior scenes for the action movie in the Canadian Motion Picture Park Studios. The multi-level parking garage of Mumbai was actually constructed over six months in the studio solely for the film. Located at 8085 Glenwood Drive in Burnaby, the studio is home to 18 stages of different sizes, including three mega-stages, smaller insert studios, and a square stage. Moreover, the office building at 10851 Shellbridge Way, south of Vancouver, replaces the Indian office of the Sun Network TV station.

For filming purposes, the production team of ‘Mission: Impossible- Ghost Protocol’ even traveled all the way to Dubai, a highly developed city in the United Arab Emirates. Even though the construction of the famous Burj Khalifa was not finished at the time of filming, the cast and crew utilized the new floors and taped some terrifying scenes for the movie. The skyscraper is located at 1 Sheikh Mohammed bin Rashid Boulevard in Downtown Dubai. 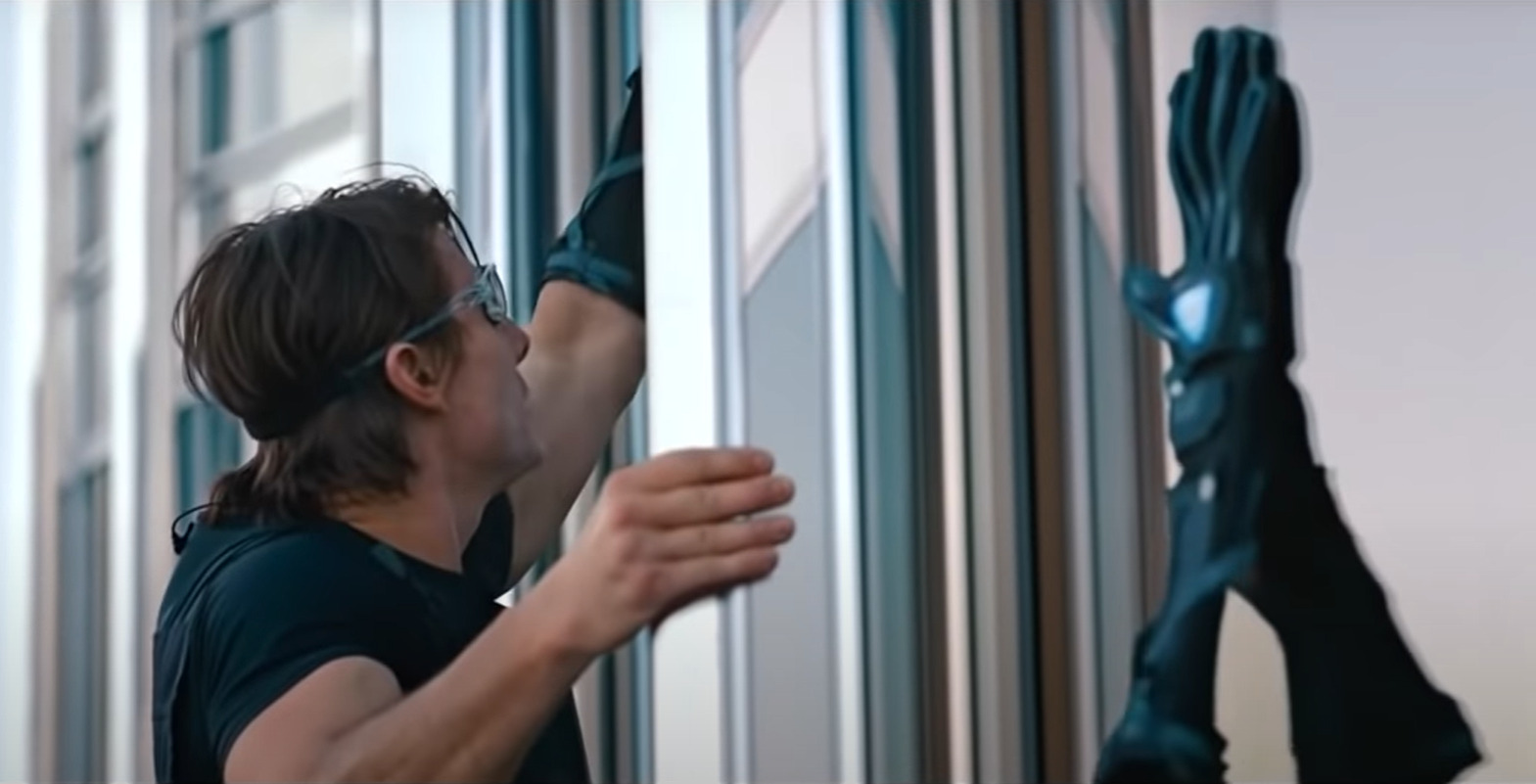 You can also spot the undulating Meydan Bridge in the scene’s backdrop following the end of the sandstorm. Moreover, the scene involving Brij Nath’s grand Indian house was filmed in the luxurious hotel Jumeirah Zabeel Saray, situated on Crescent Road in Dubai. 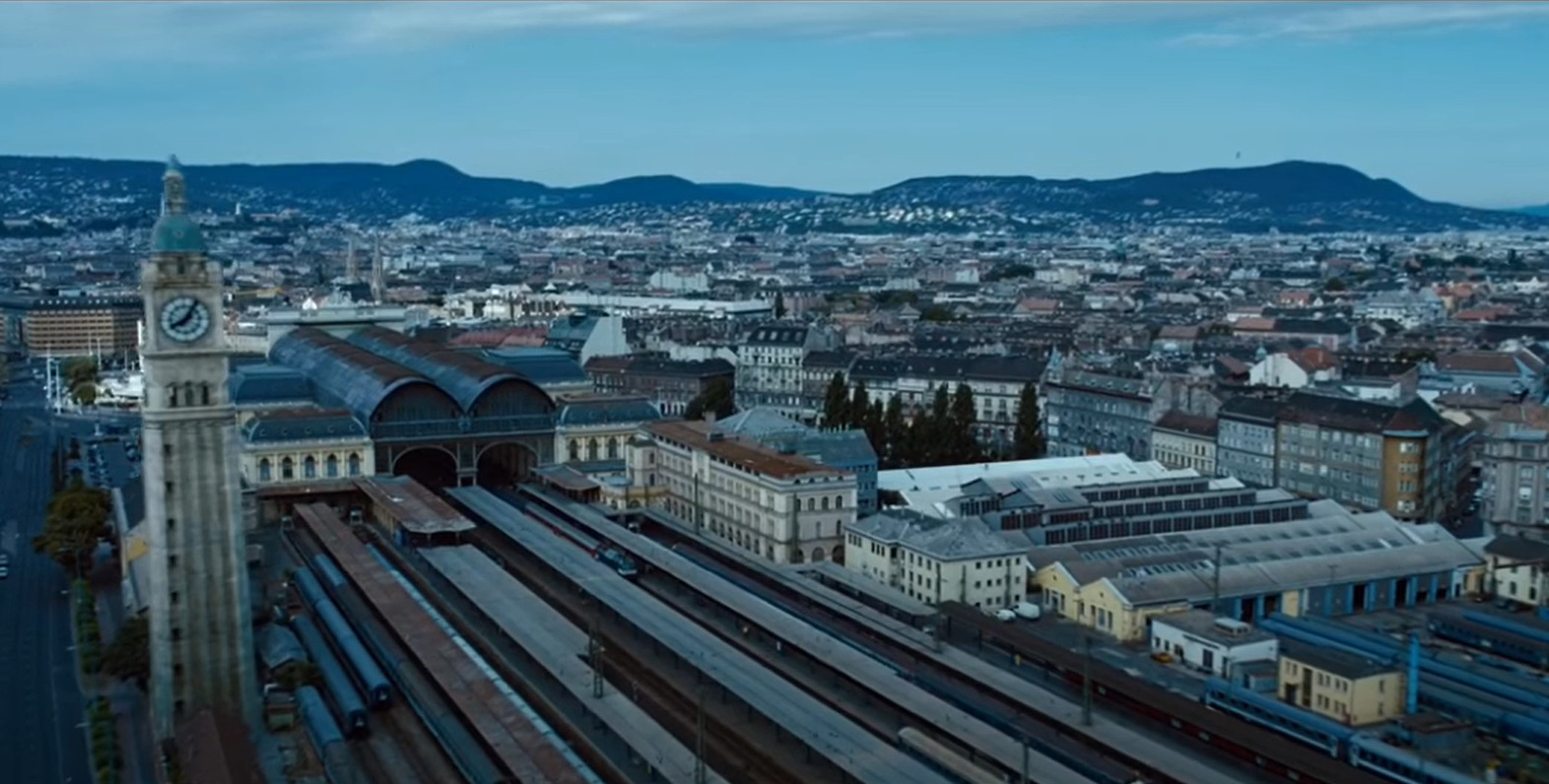 The cast and crew then traveled to Budapest to tape a few scenes for the film. The Budapest Keleti Train Station was seen in one of the aerial shots of the capital city of Hungary. Other than that, it is likely that the production team used some other sites as well to get some exterior shots.

In April 2011, Tom Cruise’s body double and other cast members were reportedly spotted in South Mumbai. They likely shot some action and outdoor sequences against the backdrop of the city, including a car chase scene. Not just that, the majestic Gateway of India monument is visible in a shot too. Formerly known as Bombay, Mumbai is located on the west coast of India and is considered a financial center.

Other Locations in India

The cast and crew of ‘Mission: Impossible- Ghost Protocol’ possibly went to Moscow too, despite filming most of the sequences featuring the city in Prague. A few exterior shots were seemingly filmed against the backdrop of the actual city to provide more authenticity to the narrative.

Some pivotal sequences were recorded in California, especially at Edwards Air Force Base in the Kern and San Bernardino Counties. Moreover, Santa Clarita and San Francisco Bay also serve as the other production locations for the movie in the state.

Read More: Is Ethan Hunt Based on a Real Person? Are Mission: Impossible Movies Based on True Stories?