Where Was Namaste Wahala Filmed?

A collaboration between the Nigerian (Nollywood) and Indian (Bollywood) film industries, Netflix’s ‘Namaste Wahala’ is a cross-cultural romantic comedy film directed by debutant director Hamisha Daryani Ahuja. It tells the story of an Indian investment banker Raj (Ruslaan Mumtaz) and Nigerian lawyer Didi (Ini Dima-Okojie), who are smitten with each other and are determined to transform their interracial romance into a sacred union of marriage.

Despite coming from different cultural backgrounds and disapproval from their families, the couple finds a way to be together. The film deals with the many challenges of being a cross-cultural couple in a lighthearted way and features some stunning and marvelous locations. If you are wondering where was ‘Namaste Wahala’ filmed, here are all the details.

‘Namaste Wahala’ was exclusively filmed in Lagos, Nigeria. Principal photography commenced in January 2020. According to a tweet from Imoh Eboh, who plays Jane in the film, the shooting was completed by February 18, 2020, just before the COVID-19 pandemic shut down film productions around the world.

Hi Guys!
Over the past few weeks, I've been on set as part of the cast for this beautiful movie #NamasteWahala.
We're finally done filming and I can't wait for you to see it.
Namaste Wahala is a love story that cuts across the cultures of two countries – India & Nigeria.

The capital city of Nigeria, Lagos, is the most populous city in Africa, with a population of approximately 14.8 million comprising more than 250 ethnic groups. ‘Namaste Wahala’ was extensively shot on location in and around Lagos. The romantic drama showcases the various spectacular sights in the city. The Raj’s apartment building, Didi and her family’s mansion, and Didi’s office are all situated in the heart of Lagos and give us an idea of the city’s lifestyle. Despite being an urban city, Lagos perfectly reflects the culture of Nigeria. 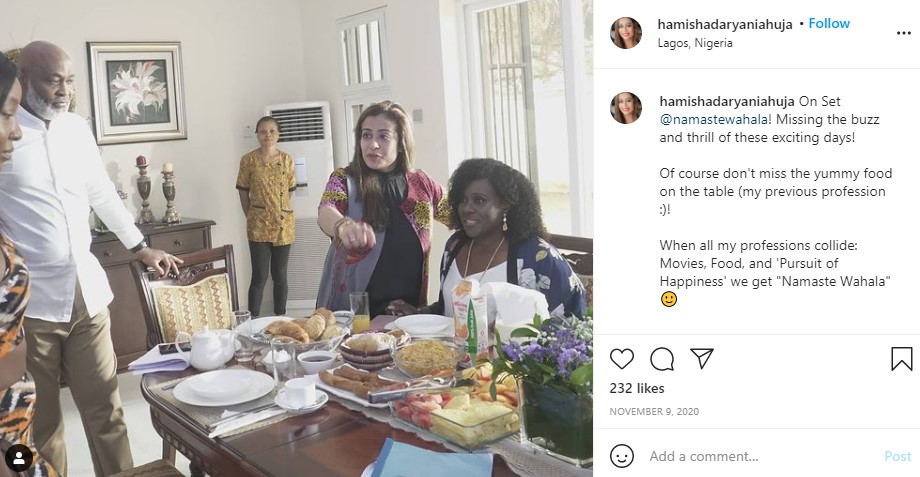 A good portion of the film was shot in Victoria Islands, an island in Lagos, which is the business and financial center of the city. It is an opulent area where the elites of Lagos reside. It is filled with stylish bars, restaurants and is renowned for its nightlife. The financial hub aspect is represented by Raj’s job as an investment banker and his office. The restaurant and food culture can be seen through Raj and Didi’s visit to a restaurant on their date. The city is also known for its handicrafts and art fairs. 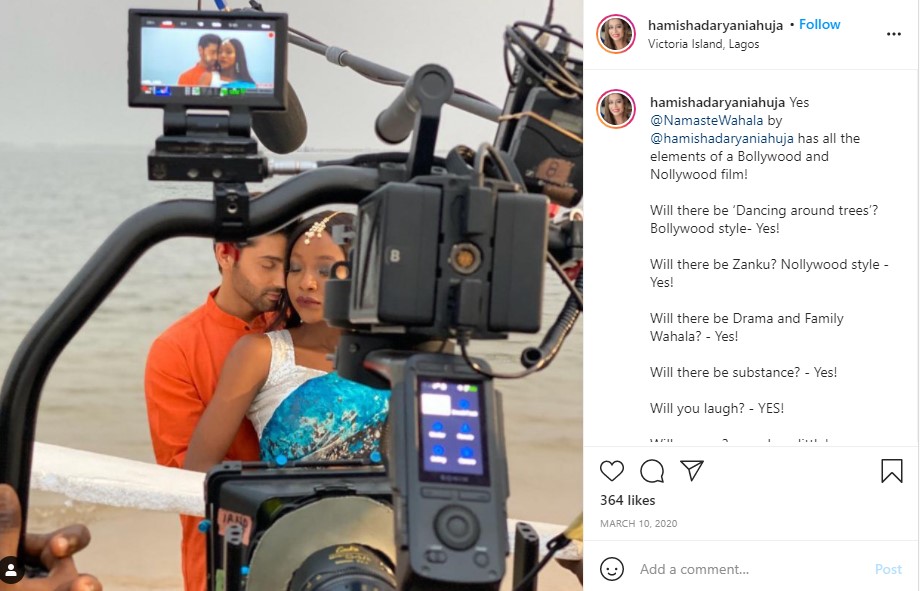 A few sequences were filmed at Shiro, a restaurant in Victoria Islands. It was also used for a sequence in which the lead pair can be seen romancing and dancing to Bollywood-style beats. Director Hamisha Daryani Ahuja posted a photograph taken during the filming of this sequence on Instagram. Other locations included in the film are Vita Towers, Hard Rock Cafe, Maroko Bayshore Suites, CCX Lagos, Cumberland Hotel & Events Centre.