Where Was Patriot’s Day Filmed? 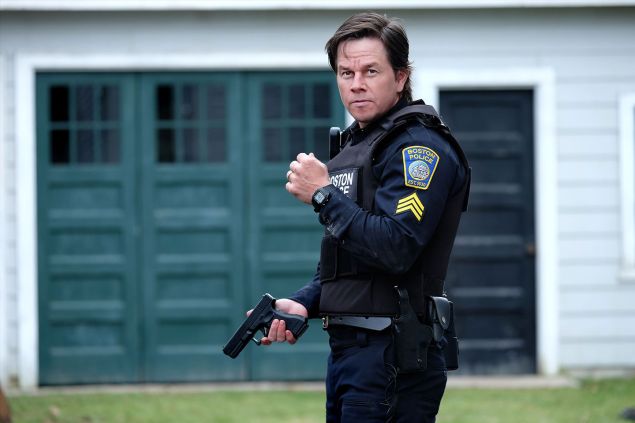 ‘Patriot’s Day’ is based on the true story of the Boston Marathon Bombing, and follows the investigation and the manhunt to capture the terrorists who caused it. The film relies on facts, throwing some thrill into the mix, to tell a compelling and heartbreaking story. The filmmakers tried to keep it as close to reality as possible, dedicating it to all the people who jumped into action, putting their own lives at risk to ensure the safety of others.

The film went into production comparatively short while after the actual event took place, which might lead you to wonder how it managed to recreate the entire thing without hurting anyone’s sentiments. Where was ‘Patriot’s Day’ filmed? Let’s find out.

Set in the aftermath of the Boston Marathon Bombing, ‘Patriot’s Day’ follows the elaborate chase of the cops to catch the culprits. The production tried to secure some real-life locations to add authenticity to the film. For instance, they tried to film the showdown between the cops and the brothers on the exact street where it had happened in real-life. But the residents were uncomfortable with the gunfights and explosions taking place in their neighborhood, and that too about the same traumatic event that they had only recently suffered from.

Honoring the wishes of the community, the filmmakers decided to build sets on other locations. They did, however, manage to secure some real-life locations, including the houses of some people who were important parts of the whole thing. The movie employed several cities in Massachusetts to bring together the story, with most scenes filmed in Quincy and Framingham.

The crew of ‘Patriot’s Day’ took to several cities in Massachusetts for filming. Boston, Quincy, Framingham, Somerville, Watertown, and Malden, among others, feature in several scenes of the movie. A soundstage was set up in a Centennial Park warehouse in Peabody, where the interior scenes of the FBI headquarters were shot, along with some other exterior scenes.

The Naval Air Station in South Weymouth was used to create the sets for the scenes of Boylston Street and Laurel Street in Watertown. The Massachusetts Institute of Technology was used to film some scenes set around the death of MIT Police Officer Sean Collier. Collier’s actual house also features in the film, along with Sgt. Pugliese’s house. The Watertown Police Department and Mobil Gas Station also appear in the movie.

For filming the UMass Dartmouth dorm scenes, the Emmanuel College in Boston was used. The filming of exteriors took place at Simmons College. The China Garden restaurant scenes have been shot at 256 Highland Ave. Malden. The New York Pizza date was filmed at 421 Main St. Malden.

The scene where the cops and the brothers get in a firefight, leading to the death of one of the brothers, was filmed at Mason St. Malden. The scenes set in Hugh O’Neill’s bar with Patrick and Jessica were filmed at 45 Pleasant St. Malden. The couple’s apartment interior scenes were also filmed in Malden. The pub where the celebration scene by the cops is set is Doyle’s Pub on 3484 Washington Street, Jamaica Plain, Boston. Additional scenes were also filmed in Southfield and the Rosen Auditorium at Lasell College.