Where was Peyton’s Places Filmed? 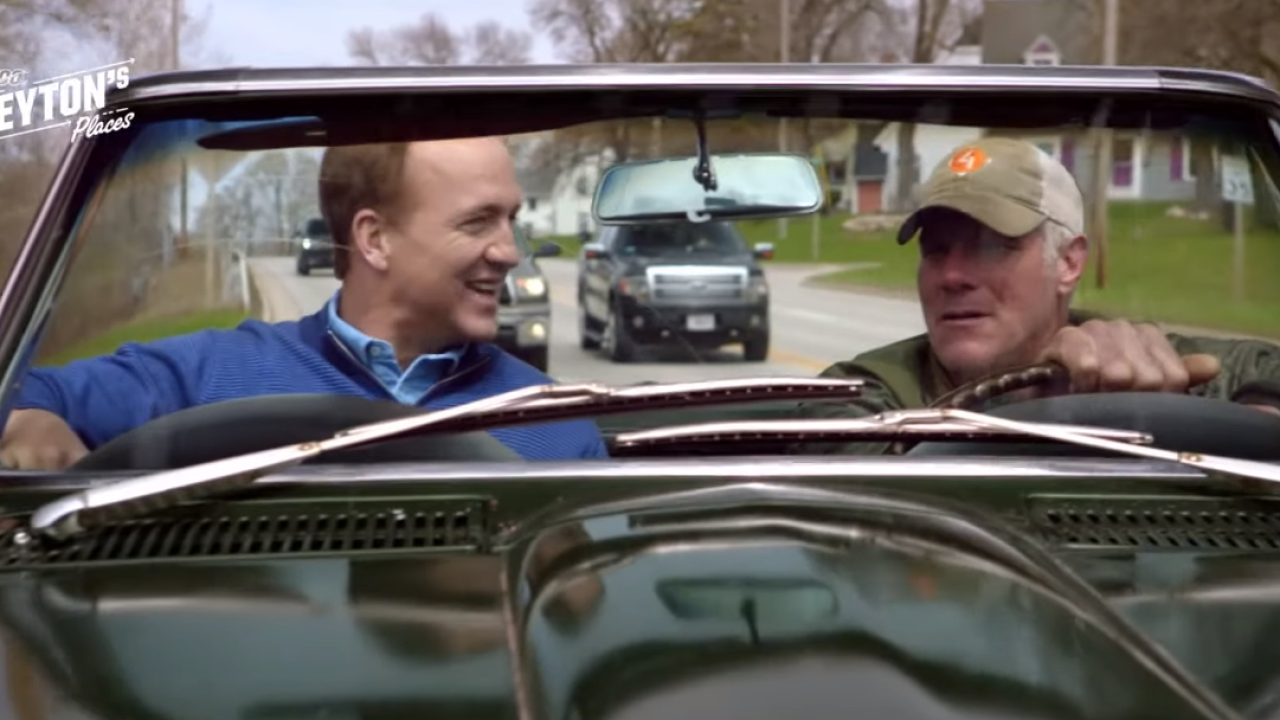 The American football championship is one of the biggest mainstays in American popular culture and it wouldn’t be wrong to say that the NFL, in many ways, is tied to the very idea of being American. As a means to commemorate the feat, ESPN brings a sweeping look at the competition’s history with the project, ‘Peyton’s Places.’ The documentary series takes a look at the sport and the league’s ascent to becoming the star player of American culture.

Former American football player, Peyton Manning serves as the host for the titular series. His coverage of the championship’s legacy made the footballer travel across the country for almost a year. In the process, Peyton visited several places that have had a lasting impact on the NFL, apart from meeting legendary players and other iconic figures who played a part in its success.

Spanning over 30 episodes which are grouped in five parts, the series looks at crucial events, teams and trends that have left a mark on the sport and the league. Each part consists of six episodes and was made available for viewing gradually, from July 2019 to January 2020. It can be streamed on ESPN+, the streaming service by ESPN. Apart from that, each part’s recap was also broadcast on ABC.

This is what Peyton Manning had to say regarding the series: “This is a journey through 100 years of history, visiting the people and places that have made the NFL what it is. From throwing a football off a skyscraper to re-enacting the Immaculate Reception and running Elvis Presley’s football plays, every episode on ESPN+ will surprise even the most die-hard fan.”

As stated earlier, Peyton’s Places sees its host travel all over the United States of America to collect memorable tales for the NFL’s 100-year anniversary. His journey takes him to tall skyscrapers, iconic football stadiums and vintage cars. Here are some of the locations that Peyton traveled to.

In one of the episodes of ‘Peyton’s Places,’ Peyton Manning visits Elvis Presley’s best friend, Jerry Schilling at Graceland, Memphis. The two discuss how Presley was extremely passionate about football and used to organize touch football games in Graceland.

In another episode, Peyton heads to the house of the iconic, sportscaster, Jim Nantz. Nantz’s house overlooking the Pebble Beach golf course has become extremely famous. The reason is the golf course in Nantz’s backyard which is a replica of Pebble Beach’s 7th hole. In the episode, Peyton plays golf with his rival, Tom Brady at Nantz’s backyard while going down memory lane.

Peyton Manning and @TomBrady broke into Jim Nantz's estate for an epic round of mini golf. pic.twitter.com/23tjuCKQNy

For the episode titled, ‘The Birth of the Ball,’ Peyton travels to Golden in Colorado. To be more specific, he goes to the Colorado School of Mines’ Stermole Track along with his former teammate, Brandon Stokley. Together, the two discuss the history of the football (the playing equipment: the actual ball).

Have a look at the following Twitter post by the former American football player, Brett Favre. It reveals how an episode of ‘Peyton’s Places’ had been filmed at Green Bay, Wisconsin. The episode sees Peyton sit in the coach, Bart Starr’s car and another coach, Vince Lombardi’s bar.

Spent the day back in Green Bay filming for “Peyton’s Places” with #18. Here we are in Coach Lombardi’s bar and in Bart Starr’s car. Show comes out on July 15 on ESPN+ pic.twitter.com/Qkikw3YNAU

Peyton heads to the city of Baltimore in Maryland for one of the episodes of ‘Peyton’s Places.’ Here, he eats crabs with Ray Lewis. Obviously, that’s not all that he does. With the former American football player, Peyton discusses how NFL’s defenses have evolved over the years.

Apart from serving as the home venue for San Francisco 49ers, Levi’s Stadium in Santa Clara, California also houses the 49ers history museum. In one of the episodes of ‘Peyton’s Places,’ Manning visits the museum along with Joe Montana and Steve Young. With the former, Peyton discusses “The Catch” while he talks about the low number of left-handed quarterbacks in NFL today with the latter.

Peyton visited the @49ers History Museum on the right day to meet @JoeMontana. 😄

Peyton Manning goes to the state of Texas in one of the episodes of ‘Peyton’s Places.’ To be more specific, the former American footballer travels to Houston to meet J.J. Watt, a Texans All-Pro. Manning compares Watt’s gameplay with that of game-wreckers of the past.

The team behind ‘Peyton’s Places’ shot, what could be, the series’ most interesting episode in Manhattan, New York City. To be more specific, Peyton and crew traveled to the iconic American Radiator Building. Here, they attempt to recreate a New York Giants publicity stunt. Manning throws a pass from the top of the building…