Where Was Resident Evil: Extinction Filmed?

‘Resident Evil: Extinction’ is the third installment of the ‘Resident Evil‘ action-horror movie franchise based on the video game of the same name. Adapted for the screen by Paul W. S. Anderson and directed by Russell Mulcahy, the fast-paced zombie apocalypse slasher sees Milla Jovovich as the unstoppable heroine Alice. Set in a post-apocalyptic world, the zombie-slaying action takes place amidst impressively desolate skeletons of iconic cities, making the movie a visual roller coaster ride. If you’re wondering where this expansive, apocalyptic science-fiction movie was filmed, you’ve come to the right place!

‘Resident Evil: Extinction’ is largely set in the southern United States, around the Nevada desert. The film portrays post-apocalyptic versions of Las Vegas and Salt Lake City. These locations were recreated in the state of Baja California in Mexico, where the film was mostly shot on location. Studio filming was undertaken in Mexico as well, with principal photography commencing on May 17, 2006, and packing up on August 22, 2006. Let’s take a look at the specific locations where this zombie slasher was filmed.

The vast desert landscapes of the northwestern state of Baja California in Mexico provided the backdrop for the filmmakers to recreate the post-apocalyptic Nevada that we see in the film. The dramatic scenes featuring Las Vegas and Salt Lake City destroyed and reclaimed by the desert were filmed near the capital city of Mexicali, which has an arid climate. The production team built extensive sets to use as backdrops, as well as miniature replicas of the Las Vegas Strip which were then covered with sand for the purpose of filming.

The Laguna Salada, a large dried-up lake bed 30 km southwest Mexicali, was also used extensively for location filming due to its dramatic appearance. The nearby Rumorosa Pass, a panoramic twisting mountain road, served as a filming site for many of the dramatic scenes featuring Alice on her motorcycle as well as the convoy of survivors later in the film.

The city of Mexicali, as well as the coastal town of San Felipe, were also used for outdoor filming, with many buildings made to look desolate and destroyed using set design and post-production visual effects.

Dr. Isaac’s underground laboratory and the Umbrella conference room were, in fact, sets constructed on soundstages at the Churubusco Studios in Mexico City. Also known as Estudios Churubusco Azteca, the production facility is located at Calle Atletas 2, Country Club in the neighborhood of Churubusco in Mexico. Founded in 1945, it is one of the largest and oldest movie studios in Latin America and was also used for all the studio filming of ‘Resident Evil: Extinction,’ among many other films. 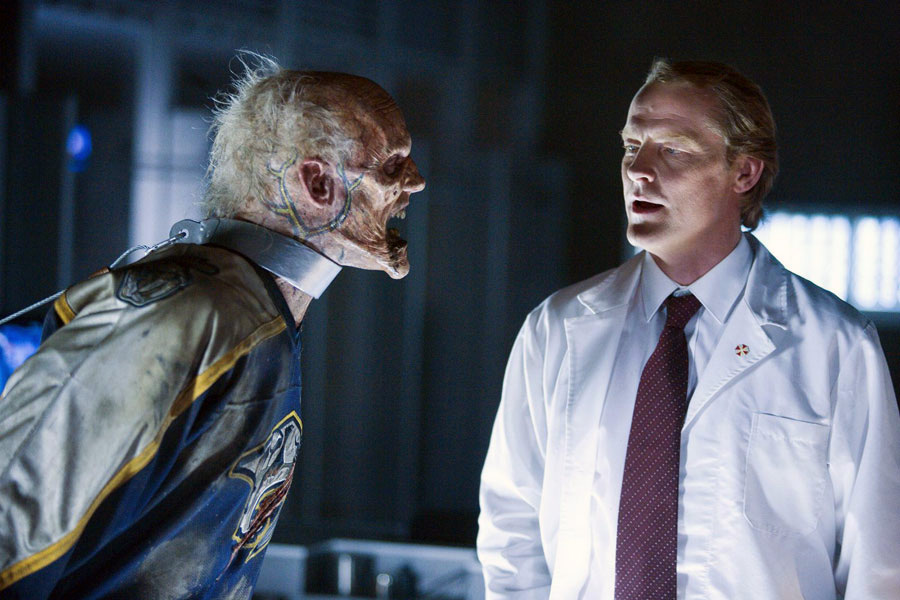