Where Was Sherni Filmed? 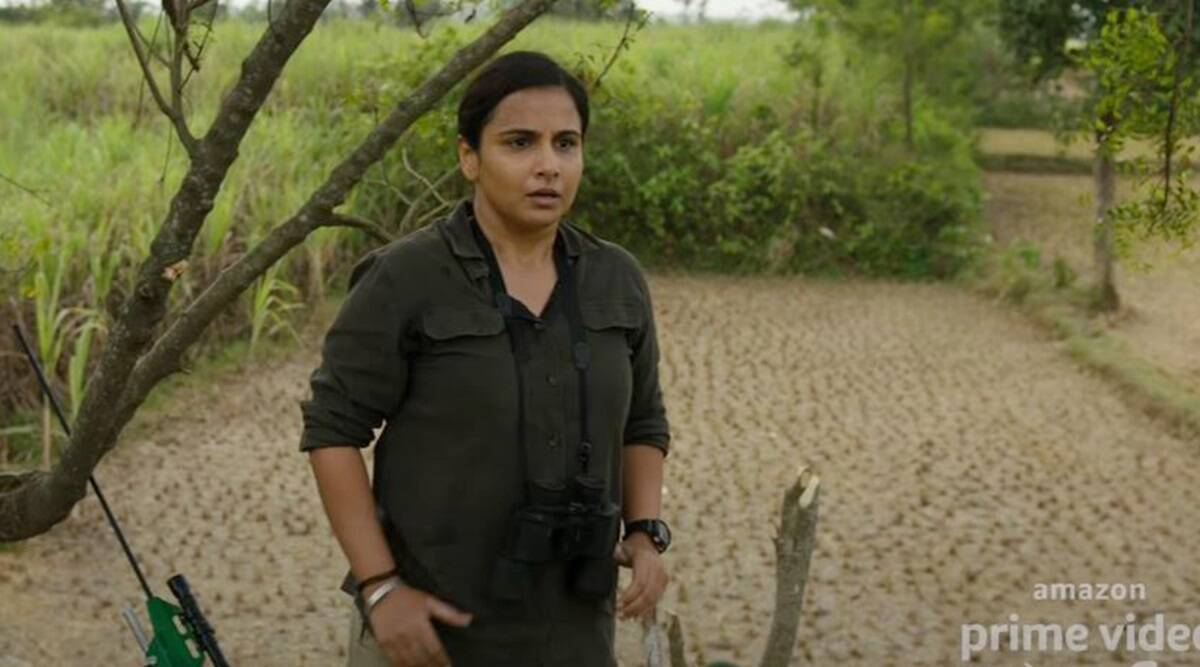 Amit V. Masurkar’s (‘Newton’) third directorial project, ‘Sherni’ follows honest and determined Divisional Forest Officer (DFO) Vidya Vincent (Vidya Balan), who is forced to deal with a sensitive situation involving man-animal conflict shortly after assuming her position. A tigress ventures into a human settlement, leading to the inevitable disastrous encounter between the two species. After the tigress kills two people, Vidya begins a desperate search to find the animal before it kills again, or people decide to kill it in retribution.

Like ‘Newton,’ ‘Sherni’ is set in the jungles of Madhya Pradesh, India. If you are curious to know whether the film was shot on location or elsewhere, we got you covered.

Masurkar, cinematographer Rakesh Haridas, and the rest of the production unit shot the film on location in Madhya Pradesh. Two locations predominantly used to film the project are a small village named Bhoot Palasi and the Balaghat district. Filming commenced on March 3, 2020, on World Wildlife Day. However, the production was shut down in the same month due to the advent of the COVID-19 pandemic. In October, filming resumed, but strict restrictions were reportedly observed.

As the movie was filmed in the state, the Madhya Pradesh government began a marketing collaborative effort with the producers, T-Series and Abundantia Entertainment, to promote both the film and the state’s tourism industry. Now, let’s look at specific filming locations in detail.

Located in the Raisen district of Madya Pradesh, Bhoot Palasi is a small village near Bhopal, the state’s capital city. On his Instagram page, Masurkar shared several photographs taken during filming at the village. In one of these posts, the local boys and girls who play the members of Forest Friends in the film are featured. ‘Sherni’ used locals and forest department employees with zero acting experience to portray their reel counterparts.

A significant portion of the Balaghat district is part of the Kanha Tiger Reserve. Various scenes of the film were shot there and in other locations in the district. According to local news outlets, the production crew was spotted in places like Gangulpara and Malajhkhand. The latter is known for its open copper mines, which are the biggest in Asia. The scenes involving the mines were most likely filmed there. Filming reportedly happened at Asati Hotel, located at Subhash Chowk, Balaghat, Mian Road, Balaghat headquarters, and Jata Shankar Trivedi Govt PG College, located at Kali Putli Chowk, Chitragupt Nagar.

Read More: Is Sherni Based on a True Story?