Where Was Stargate SG-1 Filmed? 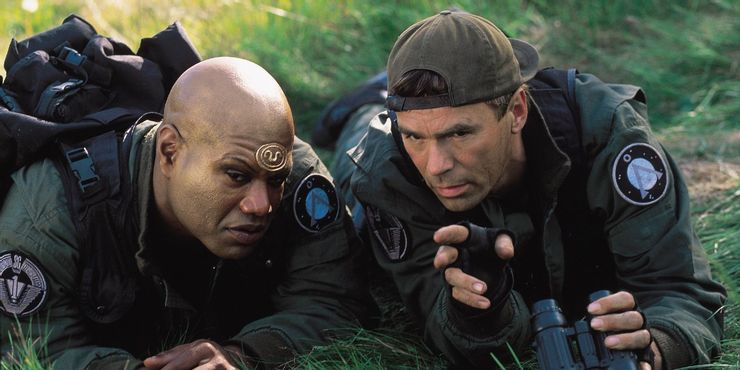 Alternate civilizations and the ability to travel through space are concepts that have made their way into mainstream cinema due to some rather well-produced science fiction projects. One such TV show that really captures our imagination is ‘Stargate SG-1,’ which follows the secret military team, SG-1, as they explore other planets with the help of an alien portal called a Stargate. If you’re interested in learning more about where the series was filmed, then we have got your back.

Although ‘Stargate SG-1’ takes us all over the galaxy, there are two locations in the Northern Hemisphere that were made use of for filming purposes – British Columbia and Colorado. While there is no denying that the Canadian province has a versatile landscape, the VFX team faced many challenges while recreating the seemingly new environments seen in the show. So, without further ado, here’s where the cast and crew headed to bring the story to life.

Burnaby is a major filming location for ‘Stargate SG-1.’ After all, it houses the Bridge Studios and Norco Studios, where much of the shooting transpired. The Vancouver Art Gallery, the Law Courts building, Horizons Restaurant, Kamui Mintara Totems, Burnaby Hospital, and Accent Inn are all landmarks that are visible in the series. Simon Fraser University doubled as the capital of the Tollan civilization. The sulfur pits at Vancouver Wharves were also used for filming.

Apart from this, in season 1, Shaughnessy Hospital, the British Columbia Museum of Mining, and Jericho Beach are visible. As far as season 2 is concerned, the Bloedel Conservatory, located at 4600 Cambie St, was used for shooting. The Old Bailiff, the Plaza of Nations, the Yaletown Building, Hamburger Mary’s Diner, the Gordon MacMillan Southam Observatory, and the Seaforth Armory were also prominent locations. The Hycroft Mansion is visible in season 4, whereas Boulevard Park in North Vancouver was used for season 5.

Some other venues that appear throughout the season are the Christ Church in Surrey, Bordertown in Maple Ridge, and the Husky Gas Station in Burnaby. Steveston, a suburb in Richmond, was seen prominently throughout season 6. In fact, Dave’s Fish & Chips, situated at 3460 Moncton St, is a reputed dining establishment that is visible in episode 5 of the season. Also used for filming were the Britannia Heritage Shipyards, Glenwood Market, Coquitlam Fire & Rescue, and George Pearson Hospital.

The liquor store seen in season 7 episode 3 is actually the Rider’s Sushi & Café in Burnaby. The Adanac Park Lodge stood in for the Mountain Springs High School. Apart from this, the Van Dusen Botanical Garden, Fantasy Garden World, and Seymour Demonstration Forest are visible. Scenes involving Teal’c’s apartment in season 8 were actually filmed at Kensington Place.

Sunset Beach Park, located at 1204 Beach Ave, also features in the show. The Westminster Boiler & Tank Company, Ltd. also makes an appearance, but it has reportedly shut down since then. It was located at 11th St, New Westminster. In episode 13, we also see the 164th Street Access Trail in Tynehead Park. The Rosemary Mansion and Delta Barber Shop were also prominent filming locations.

Shooting for season 9 was carried out at Shadbolt Center Century Gardens and Elements Café. As for the final season, the Pacific Palisades Hotel, Corner Café, the Heritage Hall, the Vancouver Public Library, and Lynn Canyon Café were used for filming. Interestingly, the cost per episode increased to an estimated $2 million per episode by the end of the series compared to the initial cost of $1.3 million. But the tax credits really did help fuel the filming of ‘Stargate SG-1.’

The Cheyenne Mountain Air Force Station was used for filming exterior shots of the Stargate Command. Its exact address is 1, 101, Norad Rd, Colorado Springs. In fact, the same shots of the base were reused for subsequent seasons. But as far as the interiors are concerned, filming took place at the aforementioned Bridge Studios in Vancouver.

Behold the one part of Stargate SG1 filmed in Colorado 😂 pic.twitter.com/bO11HgQVDB