Science fiction has always fascinated the audience, and ‘Stargate’ is the franchise that benefitted from this interest. It began in 1994 with a film, and what followed was a couple of TV shows, web series, animated series, video games, comic books and other forms of literature! Over the span of more than two decades, the franchise has created its own universe and quite a successful one at that. The dedicated fanbase keeps it going. So, even if the show-runners want to call quits on it, the fans won’t allow it. The proof of this fact is that the last time the producers decide to conclude things with the final season, they ended up renewing a prequel web series! The fans are the real stars here.

While there a multitude of shows that have impacted the sci-fi culture over the years, I had to sort down the list to a select few. Still, I feel the need to make some honorable mentions: Earth 2, Firefly, Warehouse 13, Altered Carbon, Farscape, Blake’s 7, Dark Matter, Sense 8.  So, while you wait for the next chapter of ‘Stargate’, here is the list of TV shows and movies similar to Stargate that are our recommendations and should engage your inner science enthusiast. You can watch some of these movies and shows like Stargate on Netflix, Hulu or Amazon Prime. 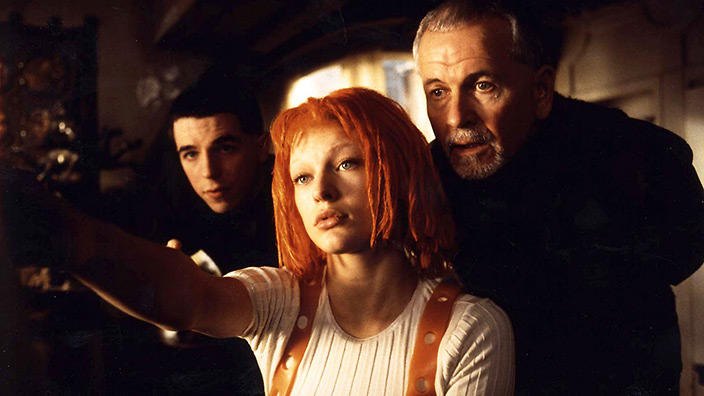 The Fifth Element is a 1997 science fiction action film set in the future world of 23rd Century and features Bruce Wills as Korben Dallas. In the 23rd century, a New York City cabbie, Korben Dallas, finds the fate of the world in his hands when Leeloo falls into his cab. As the embodiment of the fifth element, Leeloo needs to combine with the other four to keep the approaching Great Evil from destroying the world. Together with Father Vito Cornelius and zany broadcaster Ruby Rhod, Dallas must race against time and the wicked industrialist Zorg to save humanity. 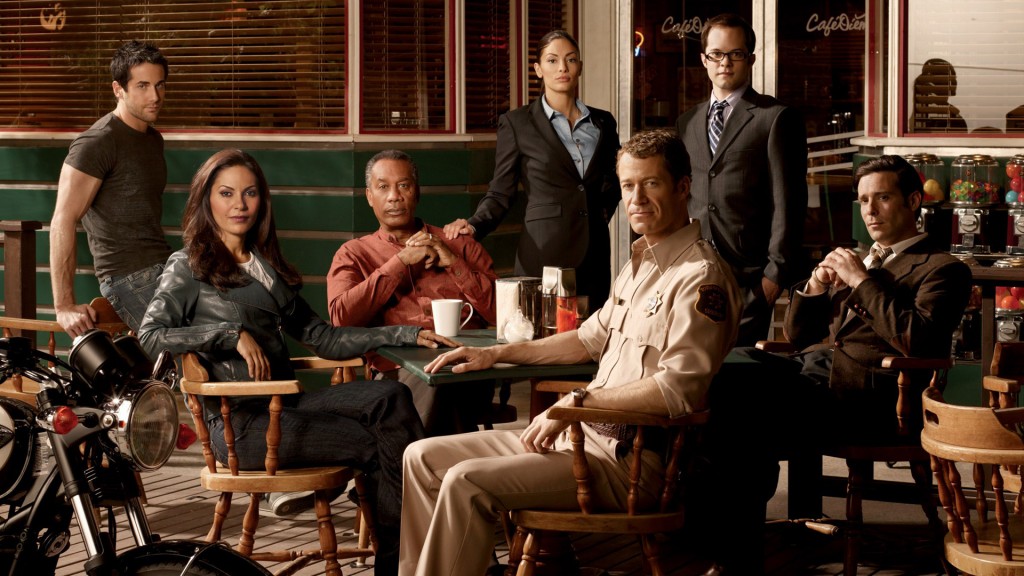 There is a secret facility, in a fictional town, named Eureka. All the major scientific developments that have happened in the recent years are due to the scientists that live here. But all those brains can’t prevent things from going wrong. A town sheriff finds himself in an uncanny situation where the secret of Eureka is opened to him and he works with the scientists to set things straight. Each episode shows one or other technology that has gone wrong or is potentially in wrong hands. The scientists and the sheriff work hand in hand, combining the genius and the common quirks to solve the bigger problems. This show is a lot different from other shows on the list. But what does a sci-fi nerd want? Lots of technology and a little bit of conspiracy. 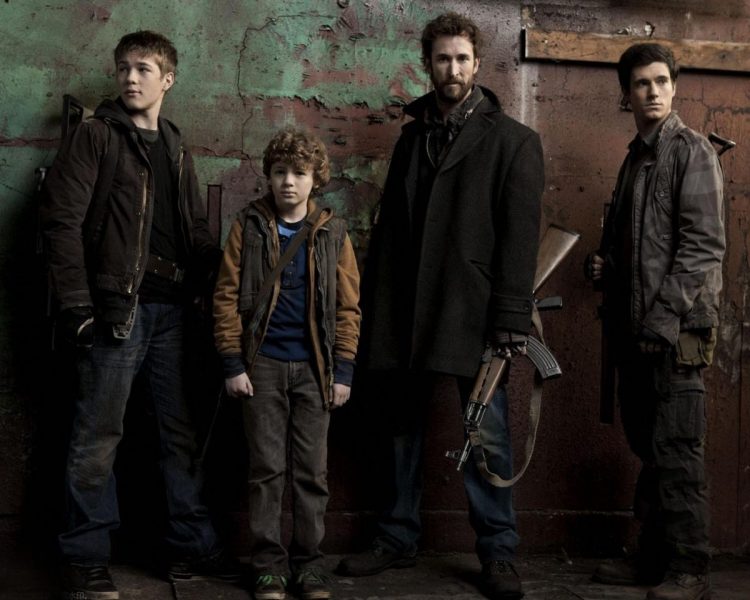 It takes only six months for aliens to take complete control over the human population. The technology has been destroyed, and by the obliteration of all of the major cities in the world, 90% of human population is gone. The aliens have concocted a way to control children aged from 8 to 18, by implanting a mind harness in their spinal cords. But humanity won’t give up so easily. A group of humans comes up with a plan to take back the Earth and destroy the aliens that now rule it. 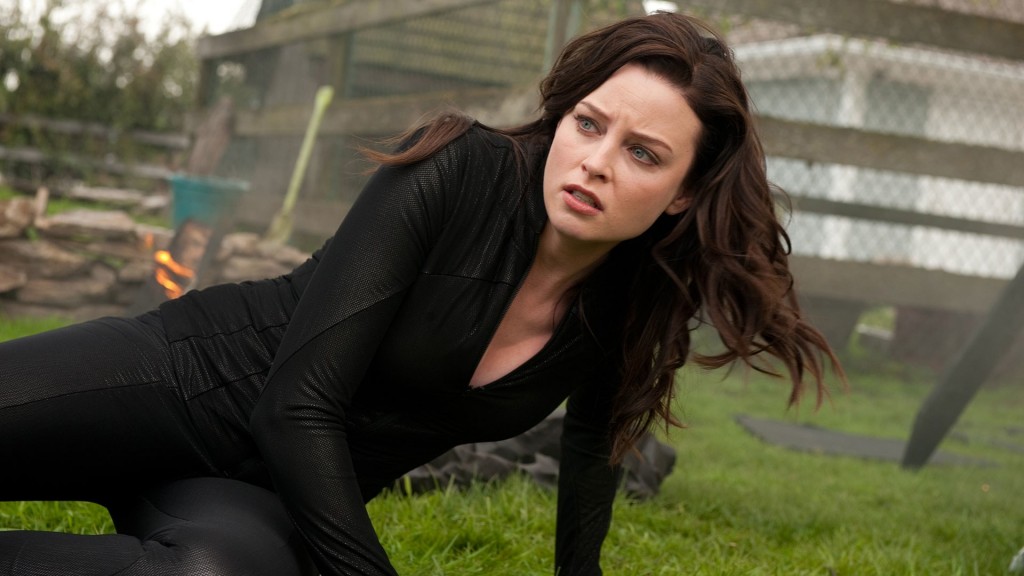 It is the third quarter of the 21st century. Inhumane activities by a group of terrorists result in the death of thousands of humans. The terrorists are sentenced to die, but there is something else going on. They escape execution by traveling back in time, to the present day. A police officer is, unintentionally, thrown back in time with them. She works to uncover the plans of the terrorists while keeping her identity a secret. This show received a lot of acclaim for its themes and storylines. It has all that a sci-fi show needs and is one of the best shows, in the genre of, the recent time. 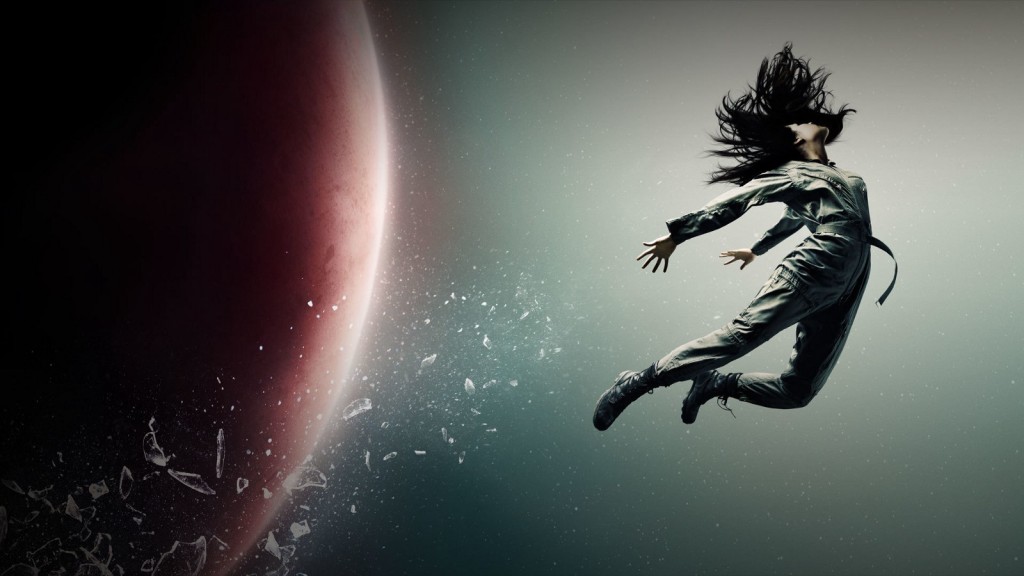 This show takes us 200 years ahead of time. The whole of the Solar System is colonized by humans and is divided into three major groups- Earth, Mars and Outer Planets Alliance. A police officer, born on the asteroid belt, is assigned to a missing person case. An incident involving an Officer of the ice hauler results in the events that might lead to the destabilization of the peace maintained in the Solar System. As the story moves forward, it is revealed that the incident and the missing woman are a part of the same conspiracy that can destroy things as they are. 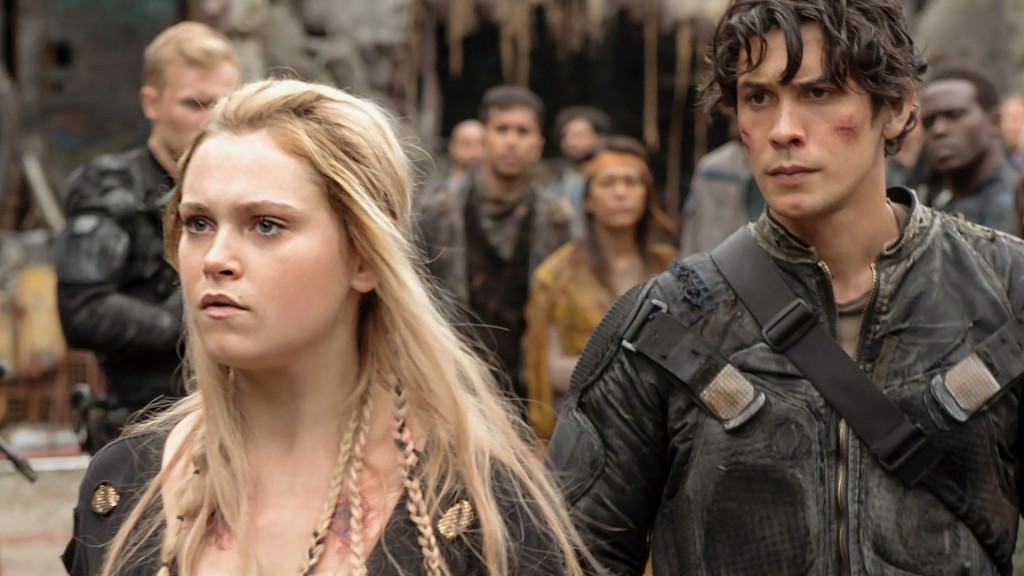 It has been about a century since the nuclear apocalypse annihilated life on Earth. A space station, orbiting the Earth, named the Ark, is home to about 2000 human survivors. But the Ark begins to show problems and there is nowhere else to go. In an attempt to find out whether the Earth is habitable or not, 100 prisoners are sent to the Earth. There they discover that three groups have marked their own territories and are in a constant conflict with each other. The 100 have, not only to survive these groups but also live in the harsh conditions of the destroyed Earth. 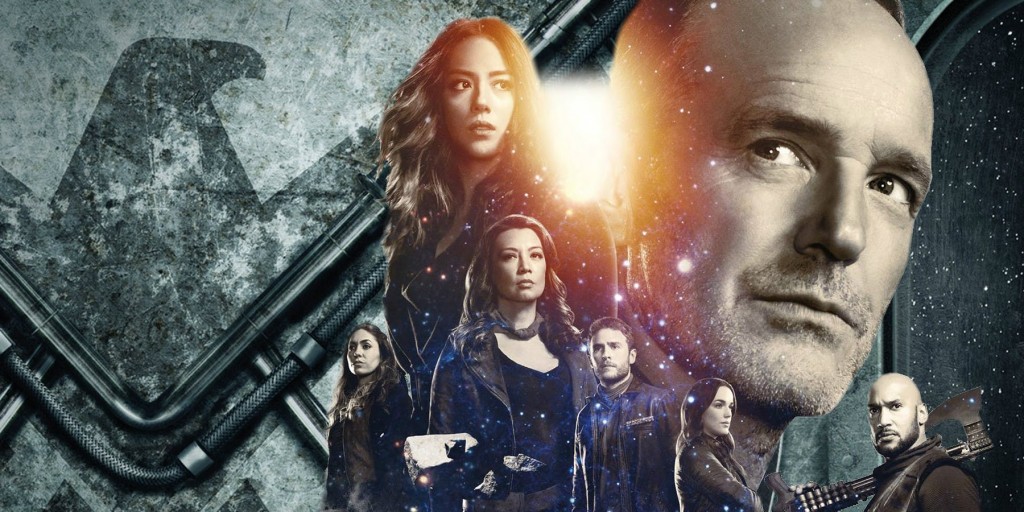 All right, before you jump on me for calling it a sci-fi show, tell me why it isn’t? It has got gadgets; it’s got technology, spaceships, aliens, galaxies and what not. So, it is a sci-fi show, all right! Now, all the Marvel’s fans, assemble. I don’t think I need to give an introduction to the premise of this show. Unless you’ve been living under a rock, you must know about the MCU, and the Avengers and all the spin-offs and stuff. This show focuses on S.H.I.E.L.D, featuring Phil Coulson, who died in the Avengers (but, not quite!) Overlapping its plot and universe with the movies franchise, ‘Agents of SHIELD’ has created its own niche and own set of fandoms. Exceptional reviews and audience love are all that it has been getting lately. Want to quit life? Like, socially! Go, binge watch it, then. 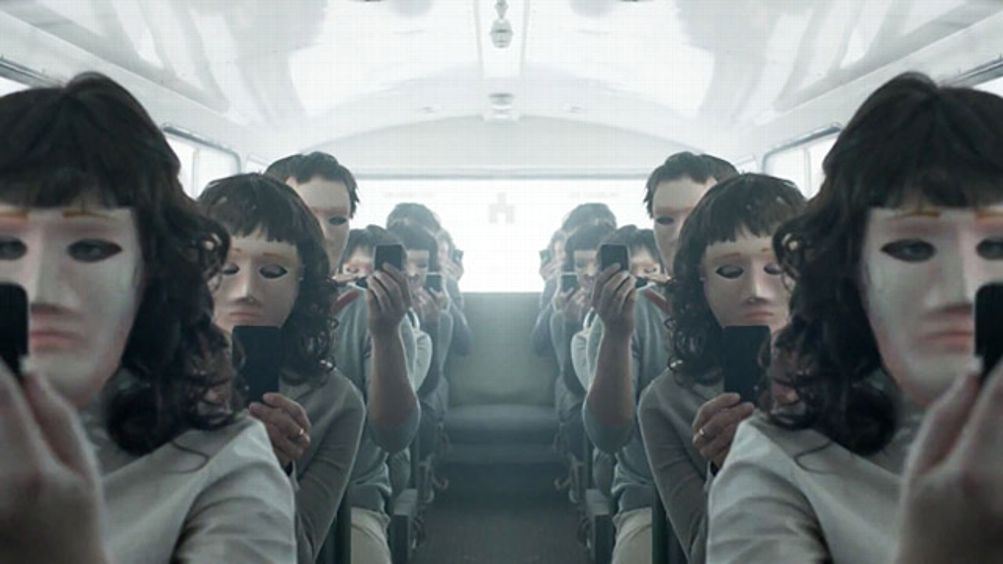 A show that is gaining exponential popularity, ‘Black Mirror’ is highly distinct from others in the genre. While most sci-fi shows focus on technology, time travel, cosmos, and aliens, this show focuses on the things that are real and relevant right now. This, too, follows an anthology format, with one story per episode. Mostly set in a ‘not so distant’ future, it shows the effects that technology can have on humans. Rather than investing in thrilling action sequences, it focuses on a dense plot that explores the depth of human psyche. 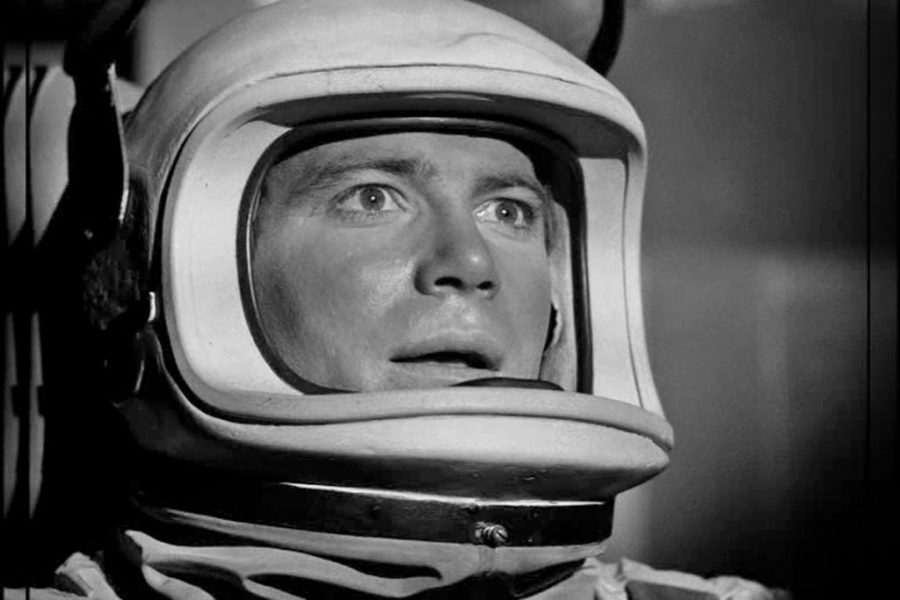 This show was a revival of another show that aired in the early sixties. Taking a different route from other shows of the genre, ‘The Outer Limits’ followed an anthology format. Every episode came with its own distinct story and generally ended with a plot twist. It is a good choice if you like to watch shows that make you scratch your head with confusion. The show was loved by both critics and audiences, alike. 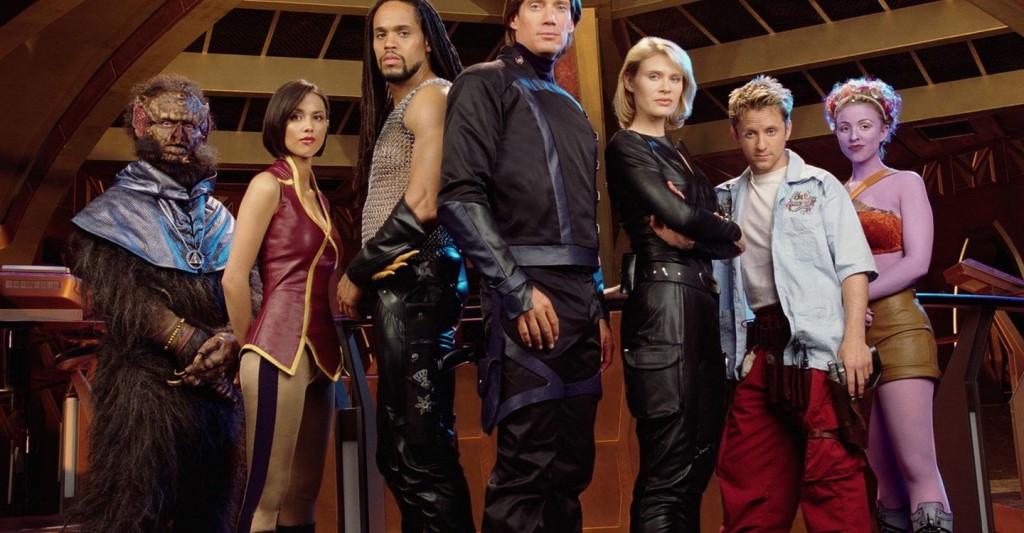 Another show that received a lot of love from the fans, and has its own universe and its own theories, ‘Andromeda’ was set in a far, far future. The captain of a Commonwealth ship is caught off-guard in an uprising by a species who consider themselves better than others and are upset for being removed from their home planet. The crew is evacuated, but the captain finds himself on the edge of event horizon which results in him frozen in time. More than 300 years later, the crew of a salvage ship discovers him and brings him back. Seeing that the constitutional system of the Commonwealth has been destroyed, he assembles a team to bring things back in order.

Read More: Shows Like Orange is the New Black 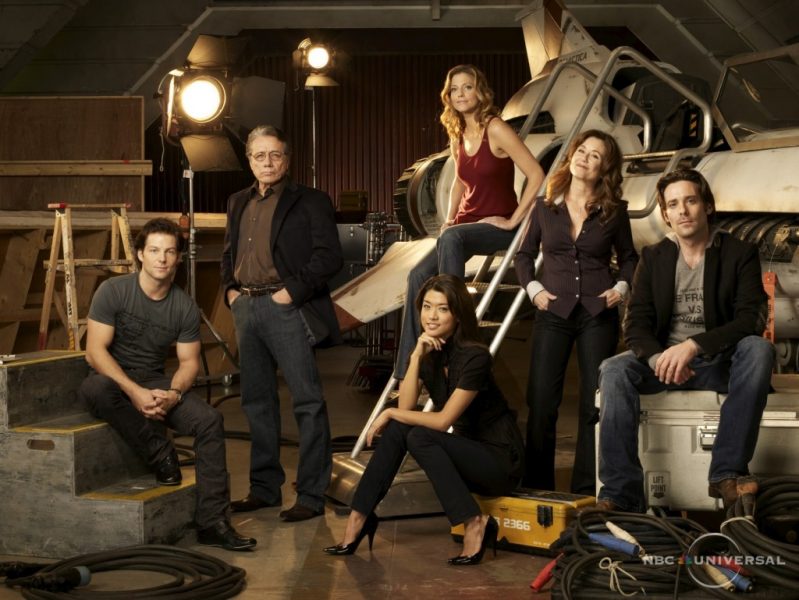 Like ‘Stargate’, this show has also spanned its universe over a couple of sister shows, TV movies, and web series. Critically acclaimed, lauded with awards, and showered with the love of the audiences, ‘Battlestar Galactica’ is one of the benchmarks in sci-fi shows. There is a star system where humans live in Twelve Colonies, a group of planets. When an android race created by humans turns evil, humans have to run away from their planets in search of a safer place. Out of all the military ships, only one survives, and it heads with other civilian ships to Earth, the thirteenth colony. 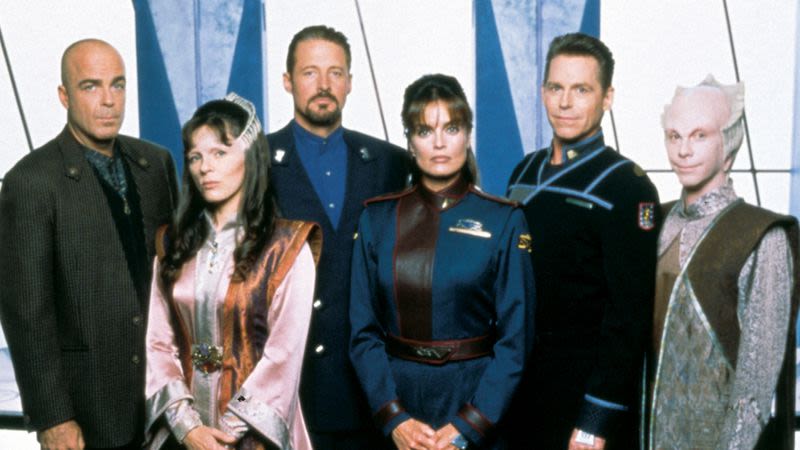 One of the best sci-fi shows, ‘Babylon 5’ was set in the 23rd century. Earth is working under one government now and alliances have been made with other alien species. Babylon 5 is a space station that is the center of trade and diplomacy among various civilizations. One of the most complex shows, the beauty, and relevance, of ‘Babylon 5’ lay in the fact that apart from being scientifically true, it provided a critique on political, racial and other social issues, as well. 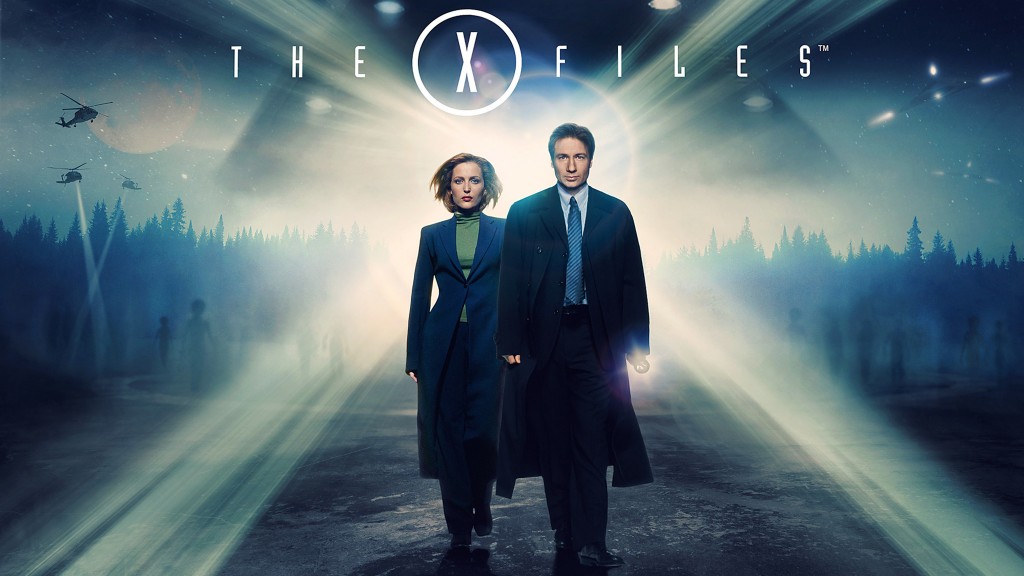 The show that has gained a cult following over the years, the demand for this show resulted in its revival. Two FBI agents team up to investigate the unsolved cases that generally involve a paranormal thing. Fox Mulder is a believer and Dana Scully is a skeptic. While Mulder tries to prove his beliefs, Scully tries to debunk them. Unbeknownst to them, there is a bigger conflict in motion that puts them right in the middle of the mess. They can only trust each other. 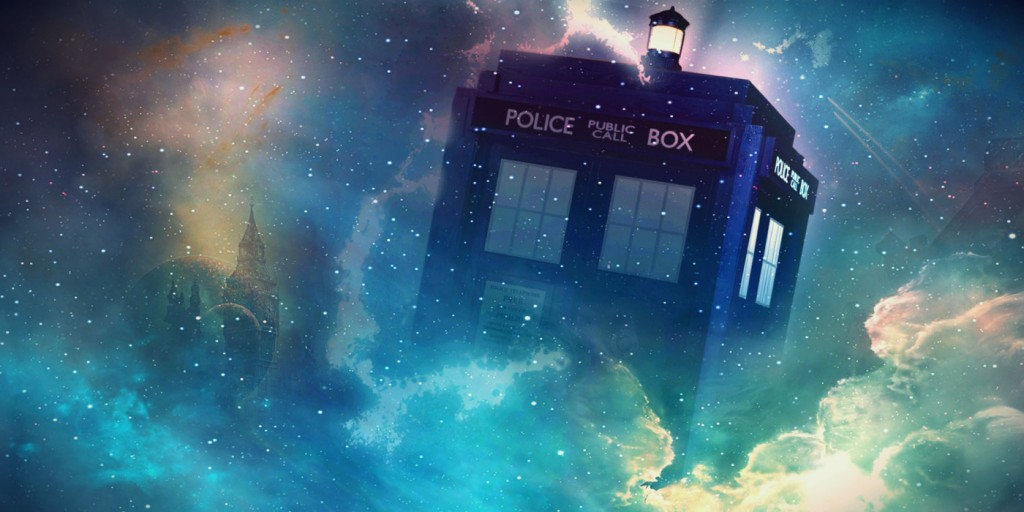 Perhaps, the longest-running show in the history of television, and still going strong, ‘Doctor Who’ is a must watch on every geek’s list. Generations have watched different Doctors, over the years, traveling in his blue British police-box, and every science fiction lover’s dream, the TARDIS. If you haven’t seen this show yet, then you should stuff your house with popcorn and say goodbye to your social life. Because, boy, you’re in for a long haul! 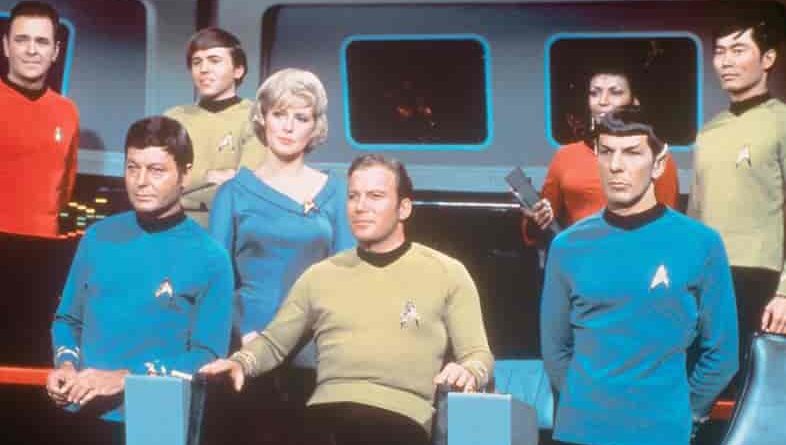 This one is kind of obvious! The extent of ‘Star Trek’s universe is a magnificent feat in itself. Starting with a TV show that gained a cult following, now there are a bunch of shows, bunch of movies (Original, Next Generation and Reboot!), animated series, video games; even theme parks and exhibits! It is a very big world with some equally iconic character like Kirk, Spock, and Uhura. With its own science, its own theories, and a massive and dedicated fandom, this is another franchise that will decimate your social life.