For a start, ‘The 100’ is set in a post-apocalyptic world, precisely 97 years after the nuclear war. There’s a huge space station in Earth’s orbit known as the ‘Ark’ which houses more than 2000 survivors. Per the rules, anyone above 18 years of age who commits any crime is sentenced to death aboard the ‘Ark’. As the ‘Ark’ becomes overcrowded and can’t support life any further, the juvenile prisoners (who are below 18) are being sent to Earth to find out if the planet’s been habitable yet again. ‘The 100’ follows the story of these 100 juveniles, things that they discover while they are on Earth and their horrifying experiences. Upon their arrival on Earth, they find that not only Earth has had survivors, they have been divided into clans, namely the Grounders, Reapers, and the Mountain Men.

As the story progresses with ‘The 100’ and the remaining of the 100 on Earth, more juvenile prisoners are sent over, experiments are conducted on these juveniles, for their blood is “pure” and has anti-radiation effects, with many more nuclear and other disasters coming in, thus jeopardising the life of mankind on Earth even further. On the outset, ‘The 100’ is a post-apocalyptic take on the survivors, the power struggle between the survivors and the change in dynamics once humans come back to the planet.

TV series like ‘The 100’ will have to be set in a post-apocalyptic scenario to start with, followed by the “survivor” dogma and the struggle for power i.e. people with more resources thus forming factions (e.g. more food, water, medicines, etc, would mean the survival of the fittest) or there can be a bunch of survivors looking for others. Here’s the list of TV Shows similar to The 100 that are our recommendations. You can stream some of these shows like The 100 on Netflix or Hulu or Amazon Prime. 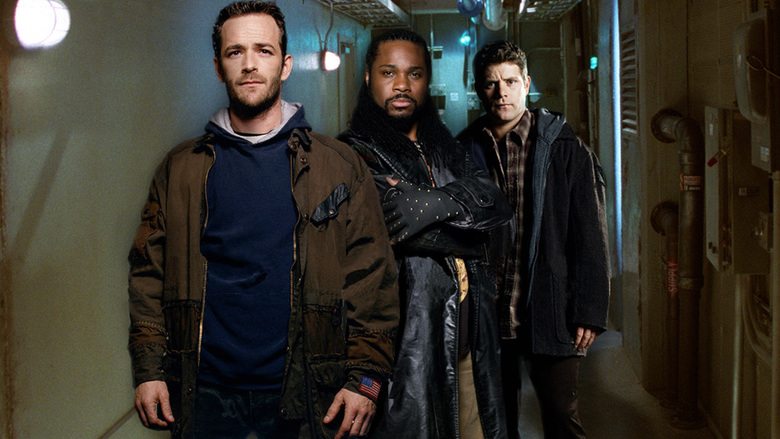 This two-season long TV show is more or less of the same, with a couple of survivors who’re in their 20s are looking for another bunch of survivors in a place called “Valhalla”. Fifteen years after the wipeout which killed most of the adult populace, Jeremiah and Kurdy start on a quest to look for survivors in “Thunder Mountain”, which has a faction led by Markus Alexander. The said Valhalla sector is heavily guarded and is leading an offensive against Markus’ group. The story advances with these skirmishes and other mysteries and new characters joining the bandwagon. 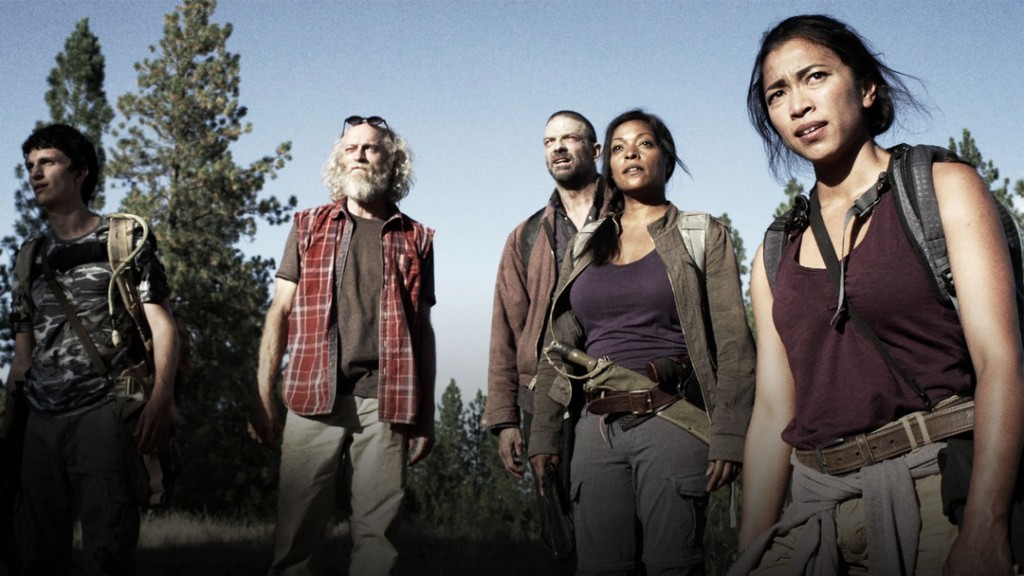 As the name suggests, the United States has collapsed to the zombie apocalypse and ‘Z Nation’ is set three years after the said apocalypse. Alvin Murphy, who was a test subject of a government experiment prior to the zombie apocalypse is mankind’s only hope, for he is apparently immune to the zombie virus. In an eerie manner, he’s able to control his “zombie” instincts despite being completely human. A survivor group is tasked with escorting Murphy from NYC to California unscathed, something that’s met with a bit of a challenge. Not a scary watch ala ‘The Walking Dead’, yet scary enough to make you realize the difference between a zombie and a human. 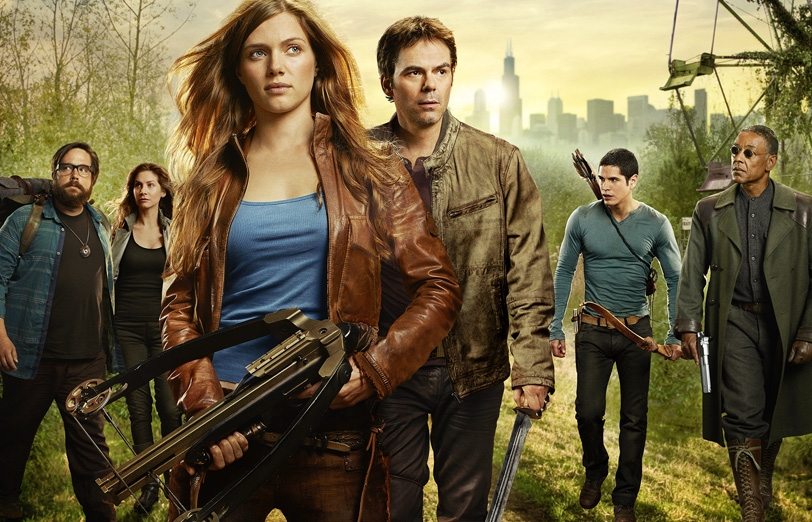 A strange yet plausible narrative forms the premise of ‘Revolution’. Back in 2012, a blackout caused electricity and all the devices powered by electricity shut down completely. In the following years, people adapted to their new ways without electricity or electrical instruments due to lack of power supply. Forward to 2027, when smaller countries are formed by a group of people and one of them is Monroe Republic where ‘Revolution’ is centered. The following story is all about revolutionaries trying to find the reasons for the blackout. ‘Revolution’ is replete with stupendous action and something new to the world of the clichéd stories set in a post-apocalyptic era. 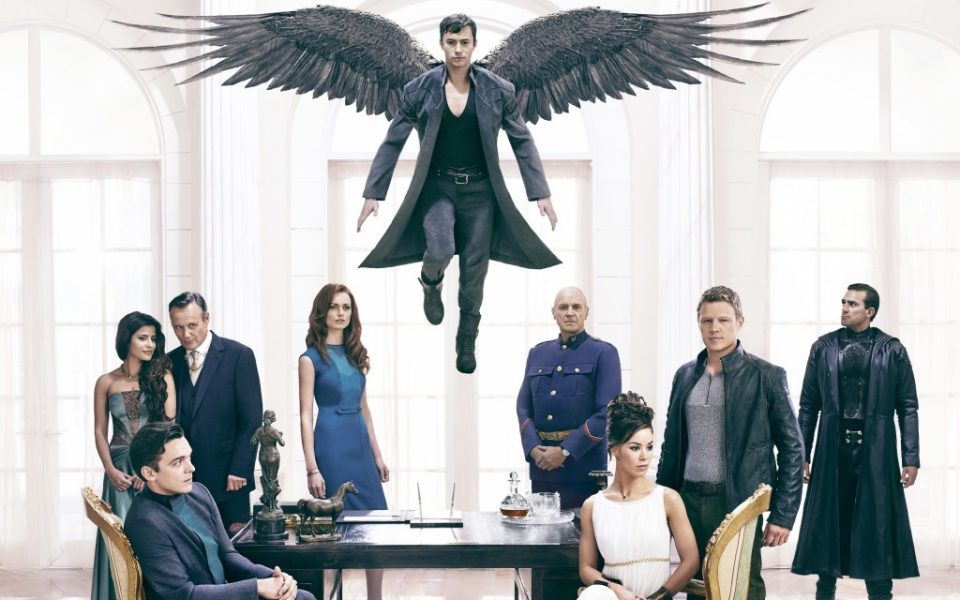 Fantasy outweighs fiction in ‘Dominion’ which is touted as a war between heaven and earth. Set in a fallout-like premise, ‘Dominion’ begins with the waging of war against mankind by Archangel Gabriel by sending his army of lower angels, who thinks of mankind as the source of all evil. Archangel Michael is pitted against him as the savior of the mankind. Alex, a soldier with the Vega’s Archangel Corps is the “Chosen One” upon whom everyone’s hope rests. Set primarily in the city of Vega (Formerly Las Vegas), ‘Dominion’ follows a tit-for-tat approach, with politics, society, faith, and resources coming into the play. 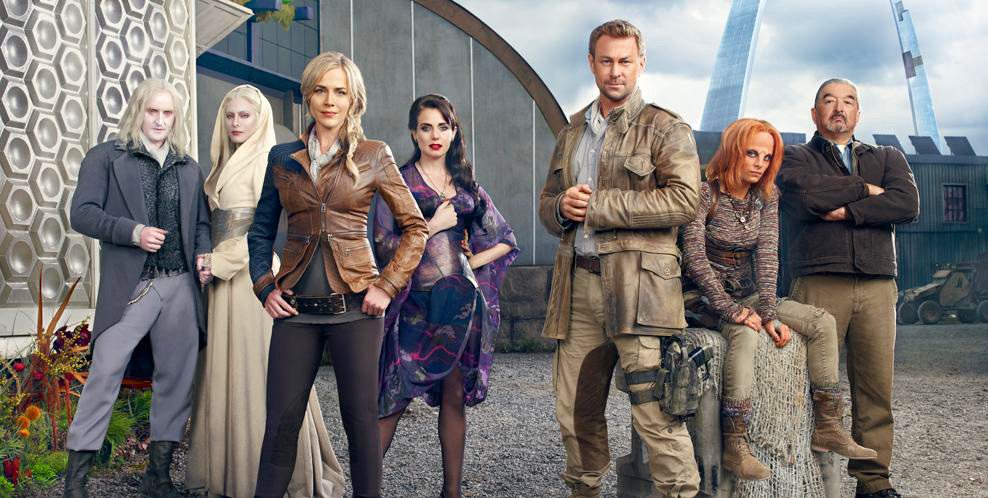 Set in the year 2046, ‘Defiance’ is with a twist – the change being, instead of humans coming back to Earth, the survivors on Earth are met by invading aliens. Nothing that we haven’t seen in countless Sci-Fi movies or TV shows, this one’s a slow-paced yet worthwhile TV series begins with the negotiations between the aliens and the Governments, which eventually fail and in the due course, aliens and other extraterrestrials wage war upon Earth, by terraforming and other means which nearly destroys the planet as we know it. The series advances with humans in refugee camps defending these proxy attacks from the now permanently residing aliens. 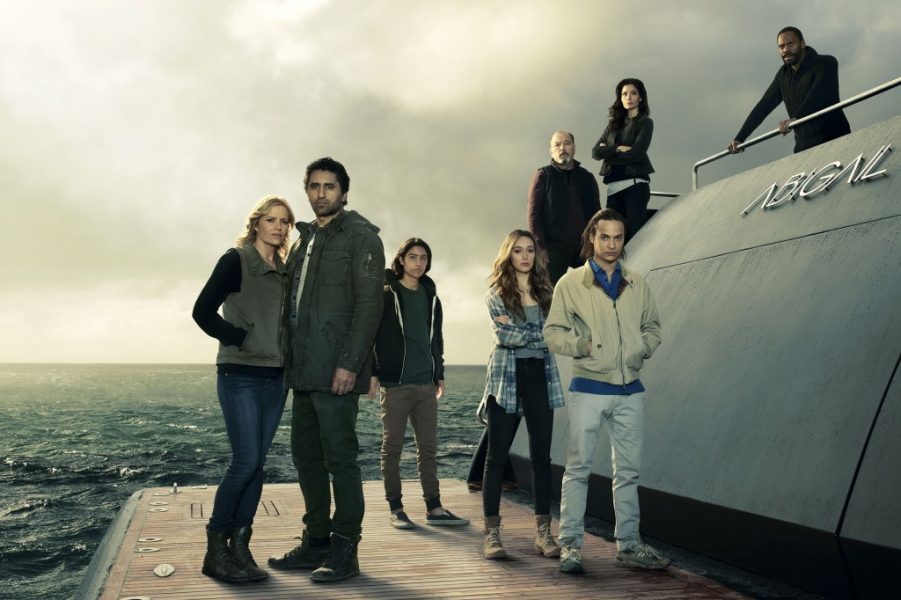 Renewed for its fourth season, this prequel to the popular TV show ‘The Walking Dead’ is set in a post-apocalyptic world as well, with a horror angle to it. Set around the protagonists, Madison Clark – a counselor and Travis- a teacher and their point of view of the ongoing zombie apocalypse which already has taken down half of the country, they, along with their troubled families must survive the apocalypse. Not exactly as gritty and colossal as its spin-off, yet, ‘Fear the Walking Dead’ instigates the similar (albeit less intense) feelings and reactions every time we watch it. 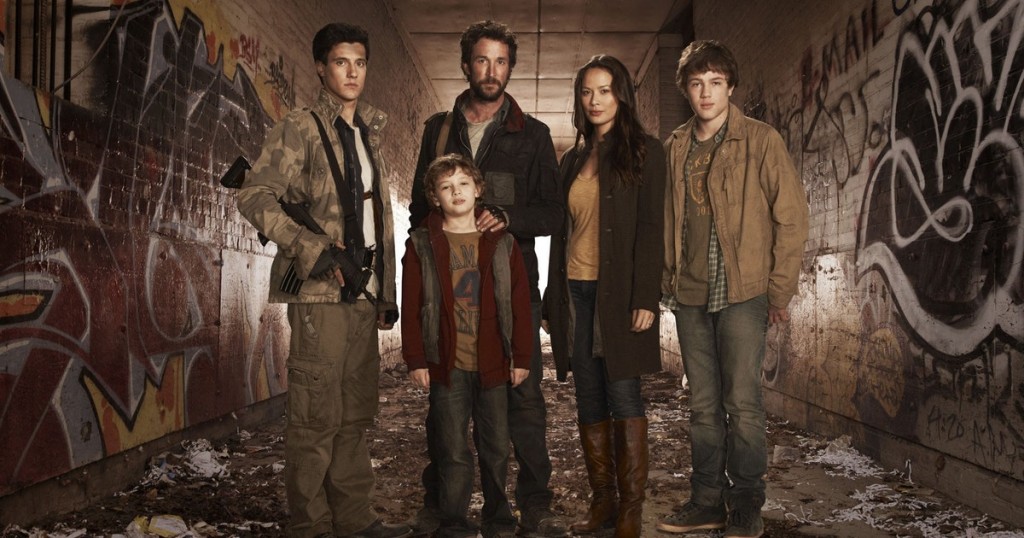 A surprisingly good TV series, executive produced by Steven Spielberg, ‘Falling Skies’ is set six months after the alien invasion of Earth which has wiped out more than 90% of the human population and brought upon the destruction of major cities and metropolis. The aliens use drones, six-legged skitters and the aliens themselves called “Espheni” to take control of the resources, energy and other surviving humans on Earth. Other than using children between 8-18 years of age as mechanical drones by attaching harnesses to their spines, the aliens have also devised evil plans to utilize moon’s resources for their fight against another extraterrestrial species. As the series progresses, the remaining human beings, led by few army veterans form closed groups to fight the invading aliens. 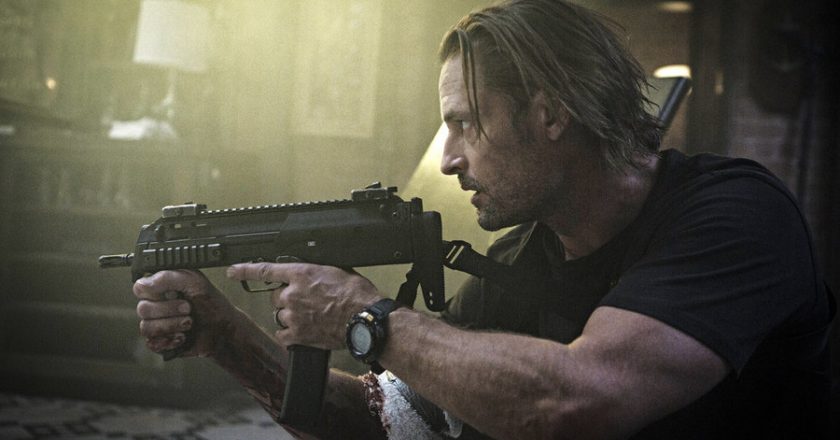 Set in the near-future in Los Angeles, ‘Colony’ revolves around the Bowman family and the walled city which has been occupied, controlled, and ruled by the extraterrestrials, who arrived some time ago. Will Bowman, in order to save his son from working as a slave to the aliens, starts hunting down the resistance by collaborating with the “Redhats”, the human-police which is apparently governed by the “Hosts”. Will’s wife Katie is a member of the resistance and uses Will’s position in the “Redhats” to track down their whereabouts. A refreshing narrative, impressive CGI, and a terrific cast are central to ‘Colony’. 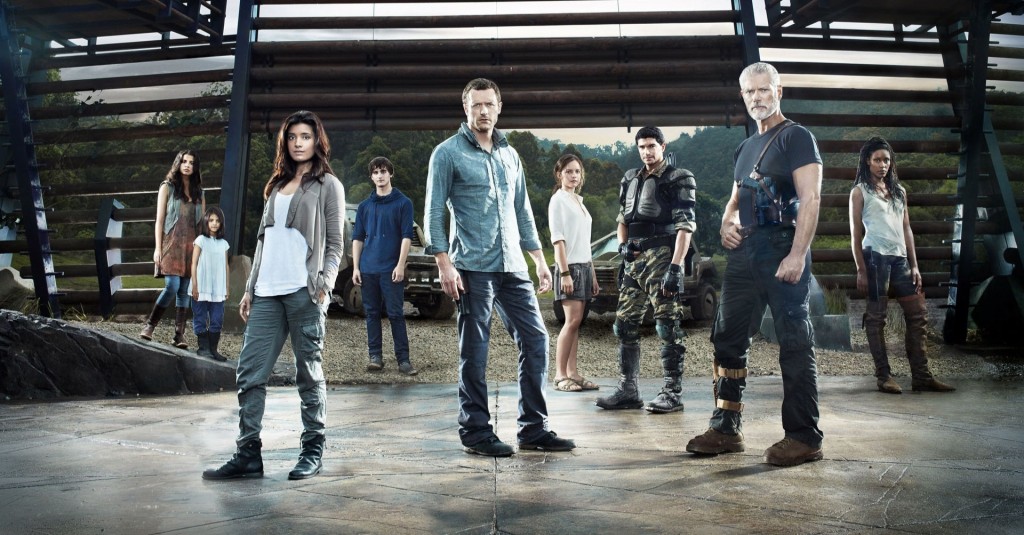 From executive producer Steven Spielberg, ‘Terra Nova’ or ‘New Earth’ is a series set in 2149, when all of the Earth’s resources have now exhausted and is seemingly in ruins. A project called ‘Terra Nova’ allows “pilgrimages” to the Cretaceous period, 85 million years ago to prehistoric Earth based on a space-time continuum or a wormhole. Jim Shannon, a police detective who’s been convicted for having an extra child named Zoe, is transported to the said prehistoric earth with his family. As the series moves on, the time-travel is perfected, thus enabling corporate honchos to exploit the prehistoric resources as well. Novel and engaging, ‘Terra Nova’ is a bag full of secrets. 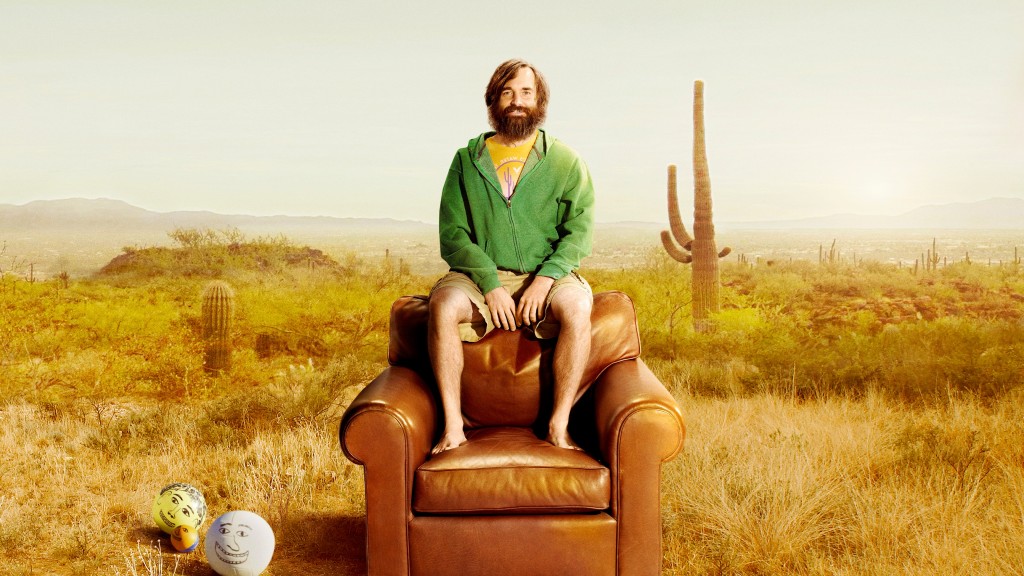 If you speak of indulgence, that too after everyone’s dead except the one indulgent Phil Miller, you can think of ‘The Last Man on Earth’, Oh, the exploitation one can entail on the resources is beyond imagination. ‘The Last Man on Earth’ is premised as a comedy, with one man surviving in the late 2020s with absolutely no ambition and who apparently is the only survivor of the virus attack that caused the fallout. Before he is about to attempt suicide, he meets with another survivor Carol. Phil and Carol’s journey through the loneliness and their attempts to look for others like them forms the core of this hilarious TV show. 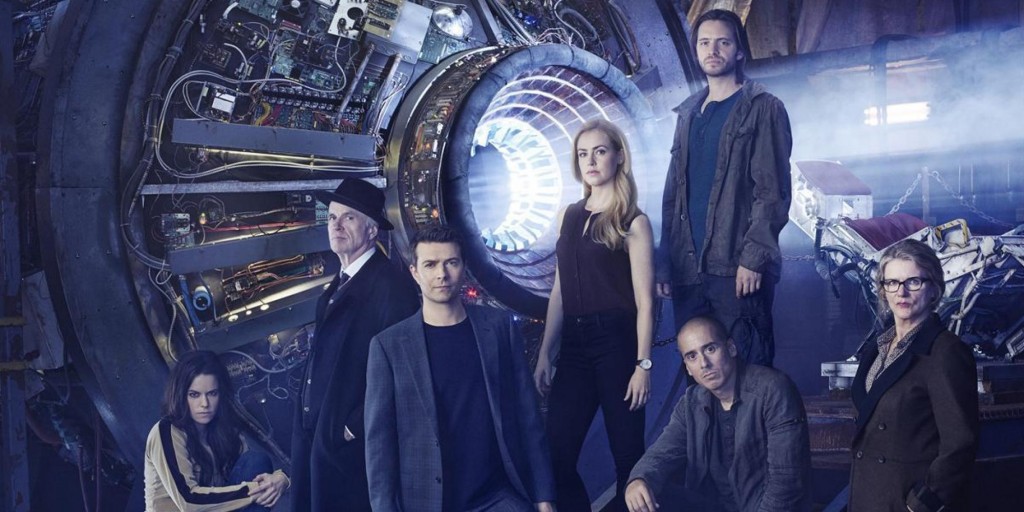 Yep, this is the TV series that I am talking about. ’12 Monkeys’ is set around the same premise as the movie ‘Twelve Monkeys (1995)’, albeit improvised and stretched to a little extent, with a volley of newer characters and extended sub-plots. Set in 2043, a scavenger named James Cole is chosen to travel back to 2015 to figure out the spread of a deadly virus that has been released by the “Army of the 12 Monkeys” and save the world from an ensuing epidemic. Cole then begins his journey amidst all sorts of lunatics, geniuses and deviant scientists with only one mission – the destruction of mankind. 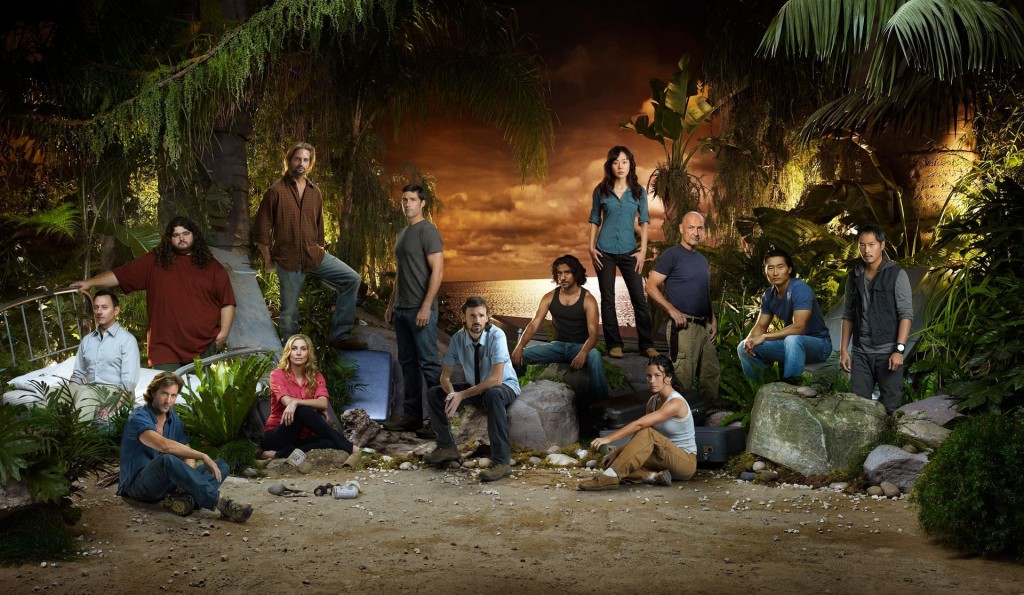 Well, not a post-apocalyptic premise per se, yet the survivor instincts in a hostile environment was something that makes ‘Lost’ a lot better than the clichéd zombie-apocalypse based TV shows. A plane crash, a bunch of survivors on a mysterious island, and some weird inexplicable phenomena form the core of this TV show which has an ensemble cast of more than 30 regulars. Soon, their fears materialize as they come to know about some weird experiments that were previously conducted on the island, the inherent tribes of the island called “The Others”, the mysterious Smoke Monster, coupled with betrayals, hope, and desperation. ‘Lost’, after a stint of 6 widely acclaimed seasons, and a lot of accolades seems lost somewhere, just like the post-apocalyptic mankind.

With the long-awaited Season 8 around the corner, ‘The Walking Dead’ has managed to garner cult viewership and gained quite a momentum from its Pilot, seven years hence. Based on a zombie apocalypse that has scoured most of the mankind, save a few, the narrative of ‘The Walking Dead’ begins with Sherrif’s deputy Rick Grimes waking up in a hospital from a state of coma, only to find about the fallout. The story moves with Rick looking for survivors, including his wife and his son, encountering “walkers” in between and trying to protect himself and the survivors from the “walkers” by improvising new methods. Perhaps, writing down a few lines won’t seem as exciting as visualizing and watching the widely popular TV show with one’s own eyes. Do it now and you won’t regret later. 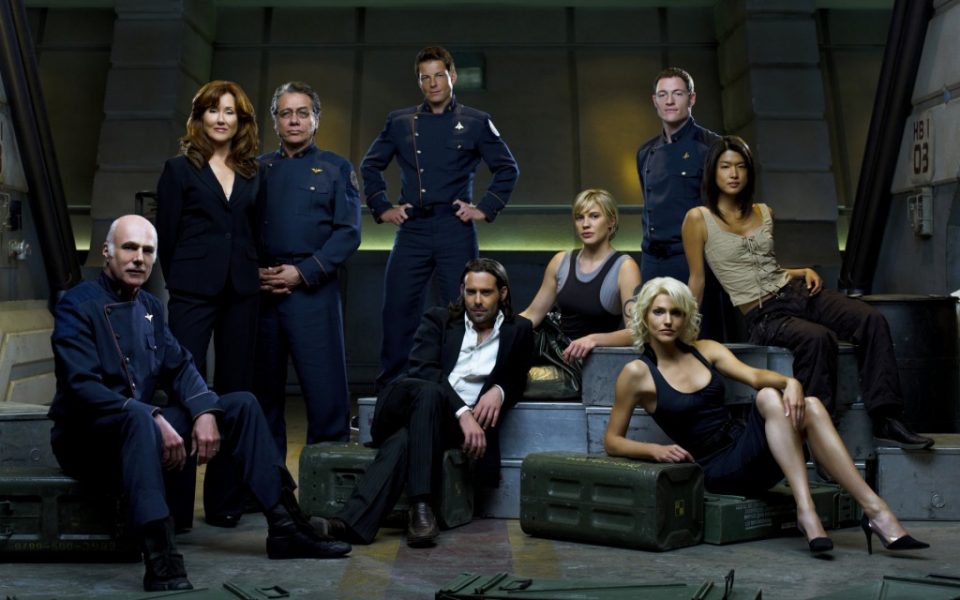 And finally to the series which bears most resemblance with ‘The 100’, ‘Battlestar Galactica’ starts with the wipeout of the Twelve Colonies of Kobol by the Cylons. Distraught and left alone, Laura and William, along with their group of the last human survivors commence their trek in a fleet of ships led by Battlestar Galactica, looking for a thirteenth colony a.k.a. Earth. The series progresses with constant catfights between the remaining humans and the Cylons, the uncalled-for alliances, followed by their formation of settlements on Earth. From an outset, ‘Battlestar Galactica’, despite seemingly futuristic, is the fictional yet plausible story of the evolution of mankind on Earth as we know it. Possibly one of the greatest space operas of all time.