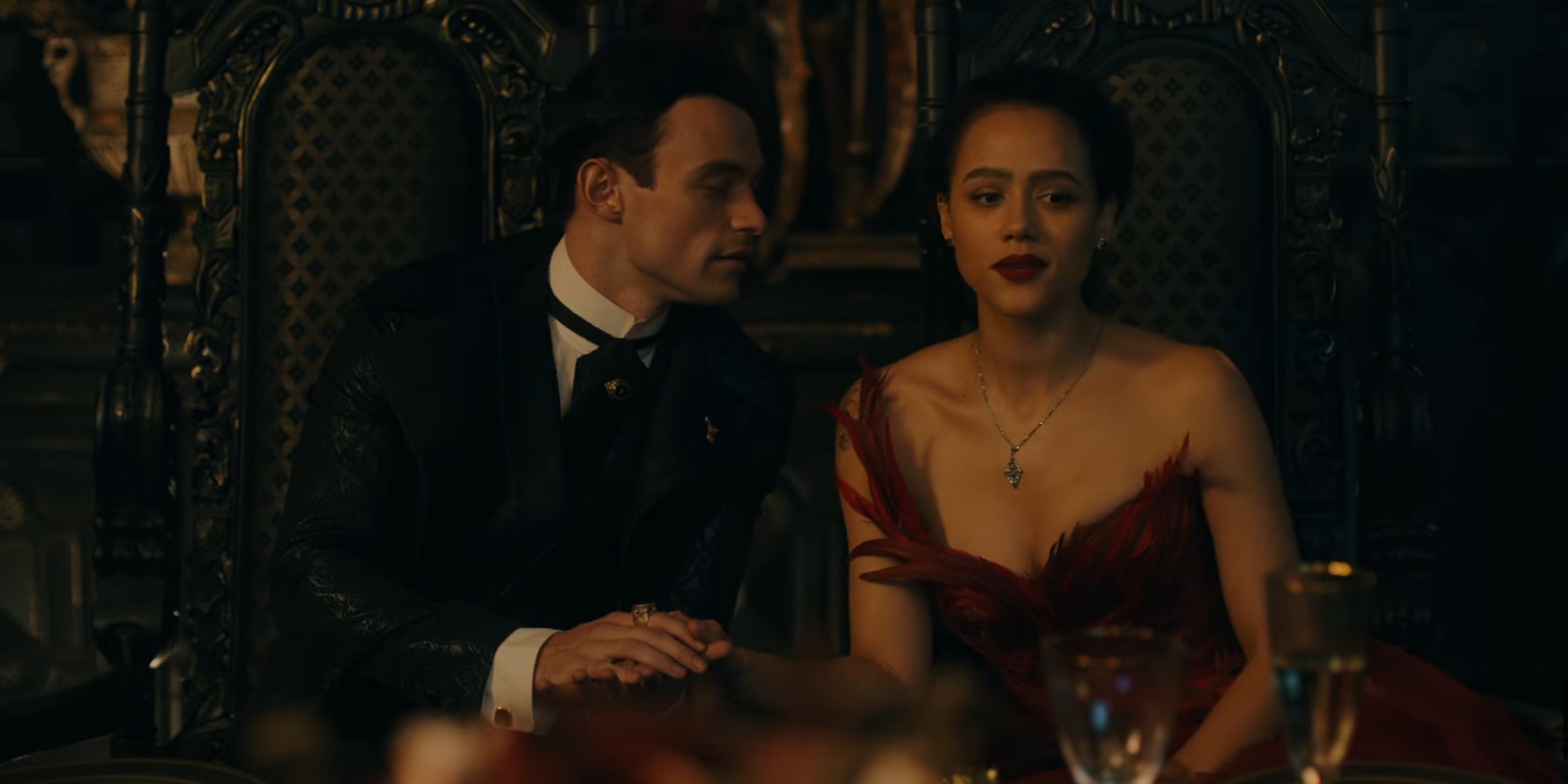 Inspired by the novel ‘Dracula’ by Bram Stoker, ‘The Invitation’ (originally titled ‘The Bride’) is a supernatural horror movie co-written and directed by Jessica M. Thompson. It chronicles the life of Evie, who doesn’t seem to have any other known relatives left after her mother’s demise. That is only until she takes a DNA test and finds out she has a long-lost cousin, Oliver, whom she never knew of. Upon finally meeting her newfound relative, she gets cordially invited to a lavish wedding in the countryside.

When Evie steps into the mansion, she is seduced by the handsome host, Walter, but little does she know that it is the beginning of a nightmare. As she spends more time at the venue, she discovers some disturbing secrets in her family’s history and gets pulled into a fight for survival against the bloodthirsty guests. The relatively darker undertone used throughout the movie reflects the ominous narrative and enhances its quality. Moreover, the lavish mansion and other interesting locations that appear in the horror thriller are likely to intrigue you. Now, if you wish to learn all about them, we have you covered!

‘The Invitation’ was filmed in Hungary, specifically in Budapest and Nádasdladány. The principal photography for the Nathalie Emmanuel-starrer seemingly commenced in September 2021 and wrapped up in December of the same year. Now, let’s dive right into all the specific locations utilized to shoot the movie!

Several portions of ‘The Invitation’ were lensed around Budapest, Hungary’s capital and most populous city. The scene where Evie meets her long-lost cousin, Oliver, for the first time in a restaurant was taped in Párisi Udvar Hotel Budapest – The Unbound Collection by Hyatt at Petőfi Sándor u. 2-4. Besides that, the cast and crew utilized the facilities of Movie Farm studio. Located at Károlyi Sándor út 158, the new studio comprises several features that make it a suitable filming site for different productions.

Thanks to Budapest’s diverse architecture, a blend of ancient and modern, it makes for an ideal location to stand in for other European cities and even some American locales, using the modern parts of the city, as was required for the production of this horror movie.

To record many pivotal portions, the filming unit of the horror thriller traveled to Nádasdladány, a secluded village in Fejér county. Most of the exterior and interior scenes involving the lavish mansion or castle where the grand wedding takes place were shot on location in and around the Nádasdy Mansion (Nádasdy Kastély). It is located at Kastélypark 1 in Nádasdladány, about an hour outside Budapest. 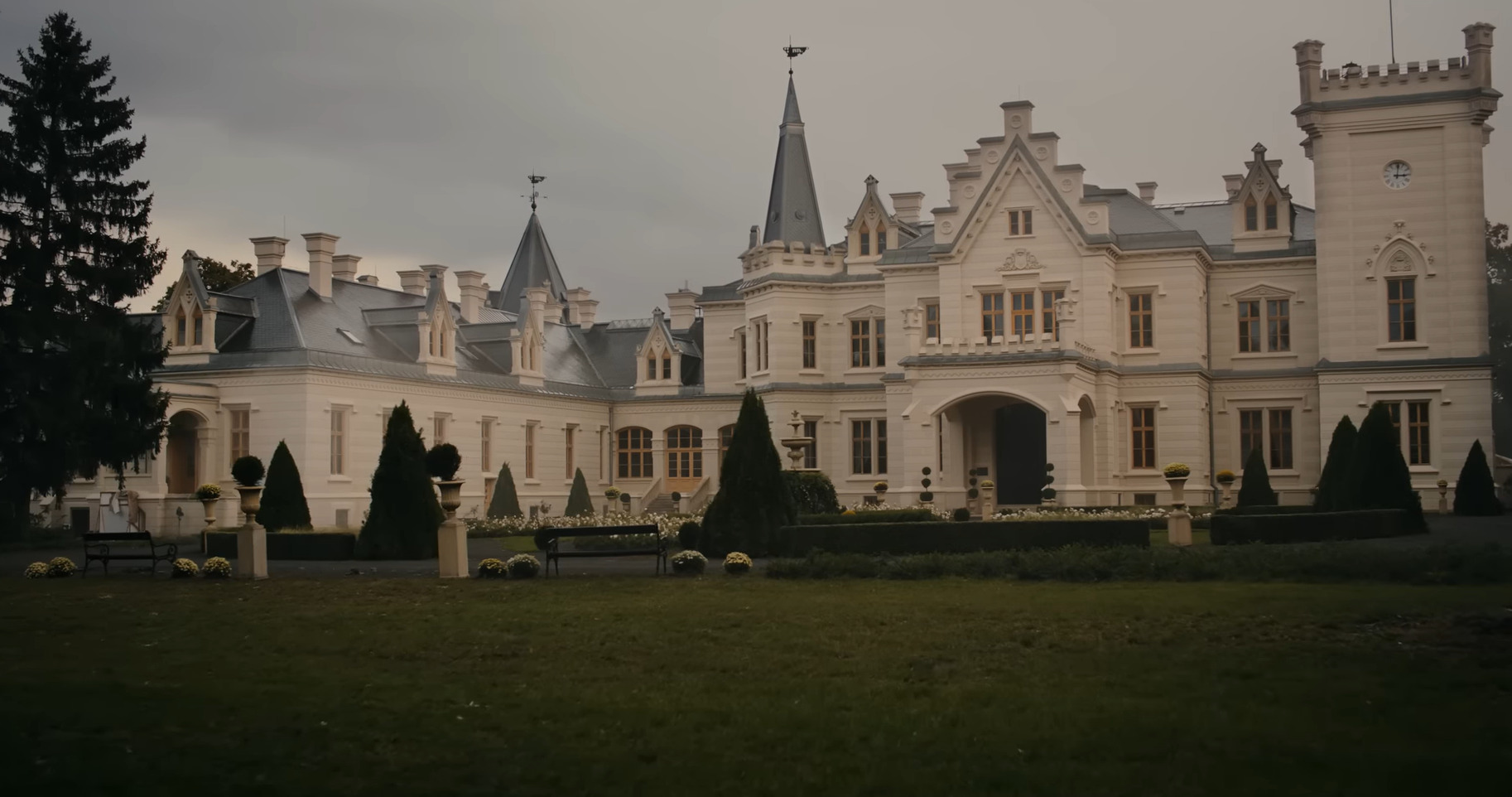 Thompson chose the historical castle due to its English-looking architecture. What really made her finalize this property for shooting the movie was that Madam Báthory’s great-great-grandson once owned it. Interestingly, the latter was a convicted serial killer known as Countess Dracula and The Blood Countess, and the area itself is considered one of the origin places of Dracula in the world. Thus, the Gothic castle makes for a character in itself in the movie. 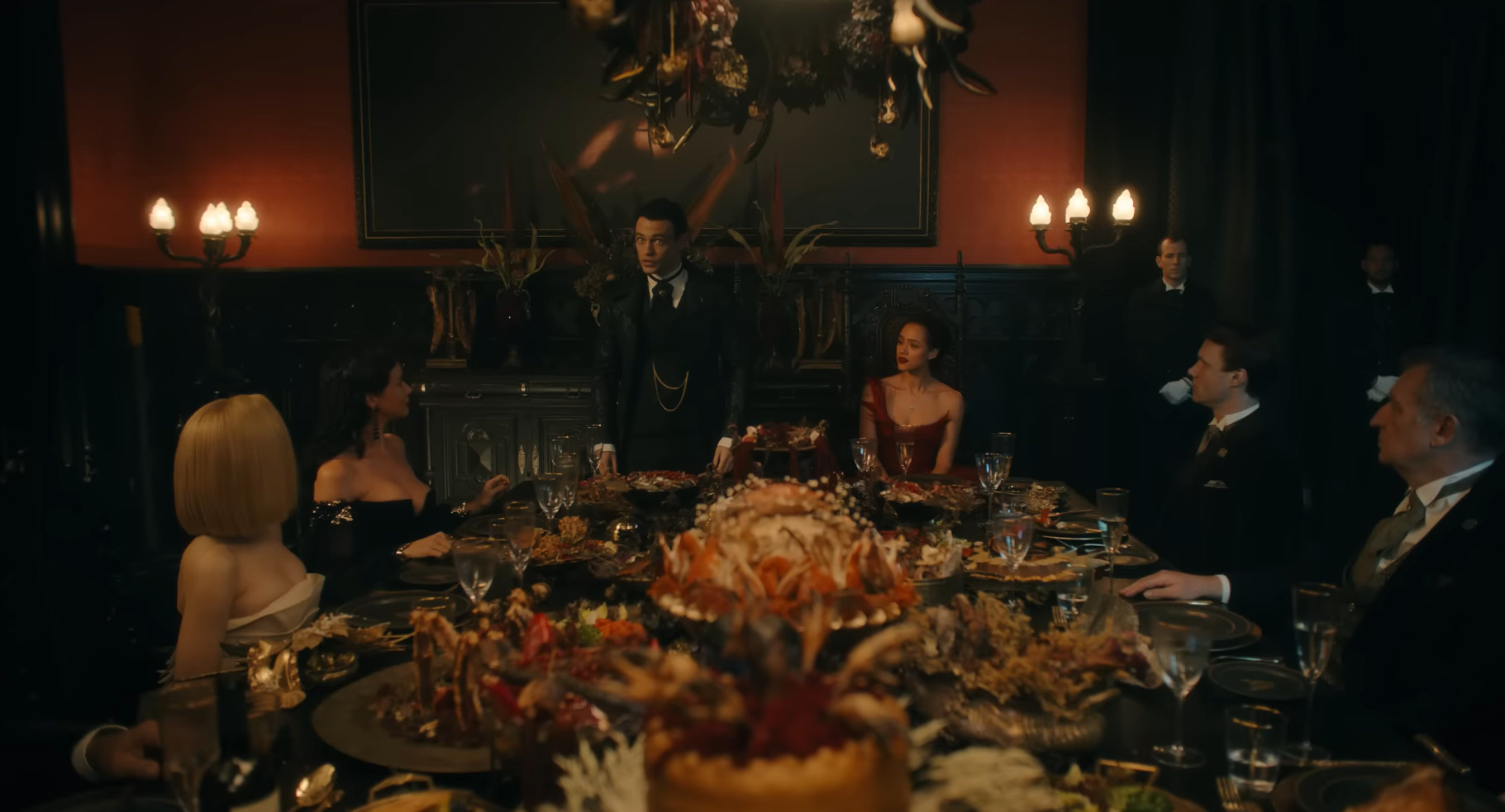 In an August 2022 Zoom interview with The Latch, Nathalie Emmanuel revealed how spooky the castle was. She stated, “I had some scenes underneath the castle, as well, and there was one room that I had to start in, and then run, and there was just this one corner, and it was really dark, and even with all the lights I was like ‘I can’t see what’s in that corner,’ and it kind of freaked me out!”