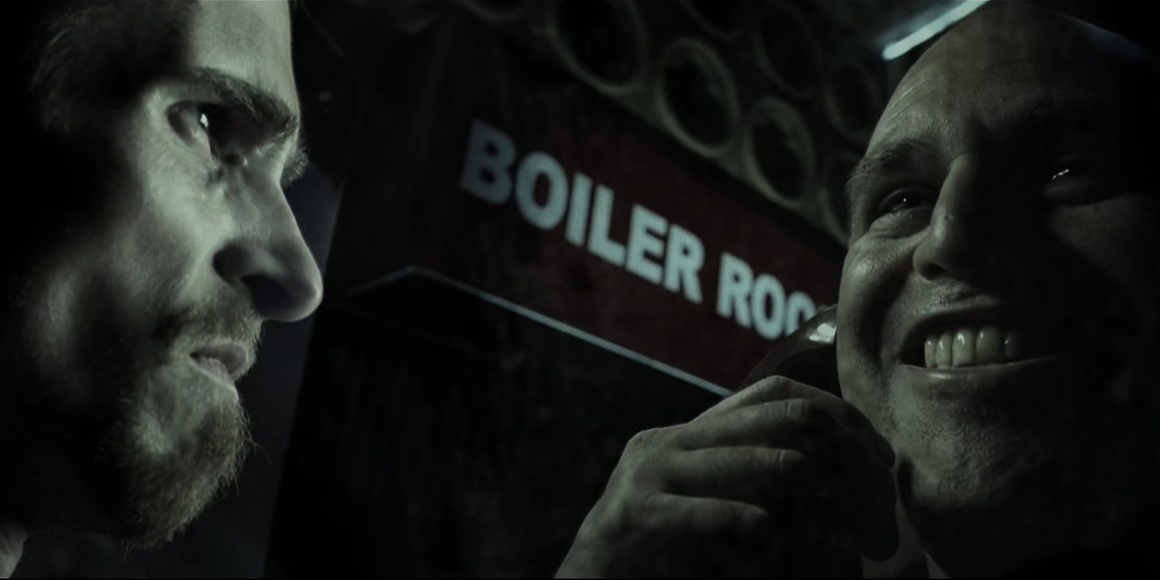 Directed by Brad Anderson, ‘The Machinist’ is a 2004 psychological thriller movie featuring power-packed performances by an unrecognizably thin Christian Bale and Jennifer Jason Leigh. Unarguably one of the best of the genre, the film’s slow and menacing ambiance takes us for quite a disturbing ride as the unreliable protagonist plunges the audience into a labyrinthine puzzle. The story revolves around an insomniac machinist Trevor Reznik, who, in an attempt to redeem himself from guilt, revisits the moment of trauma through distorted memories and visions.

The movie is the kind that slowly creeps up on you through impeccable camerawork and mise-en-scène, and the atmosphere looks Kafkaesque enough for the cerebral story. If you are wondering about the locations the cinema crew visited for the purpose of filming ‘The Machinist,’ allow us to take you out on a journey.

‘The Machinist’ was filmed in its entirety in Spain, especially in Barcelona. Filming commenced on May 26, 2004, and wrapped up by July 22 of the same year. Although the story is set in California, the narrative required a dreamy and alien place.

The bleak industrial atmosphere of the movie was created by the director offshore in Barcelona with the aid of Spain’s Castelao Productions and funding from Instituto de la Cinematografía y de las Artes Audiovisuales (ICAA). French production and distribution company StudioCanal SAS (formerly Canal+) also helped in the venture. Let us now take you to the specific locations where the movie was filmed!

The film, in its entirety, was shot in and around the city of Barcelona in the eponymous province within Spain’s Catalonia community. The dreamy suspense of the movie takes us to places quite alien, a café in an airport, an amusement park, and down in the sewer canals. The majority of interior and exterior sequences were filmed on location in the city. At Maria’s invitation, Trevor goes to an amusement park with her and her son, Nicholas. The scenes, including the “Route 666” episode, were filmed at Tibidabo Amusement Park (Parque de atracciones Tibidabo), an amusement park at 3 & 4 Plaça del Tibidabo, in the city.

Some scenes were recorded at Cementiri de Montjuïc, a historic cemetery located at 56 & 58 Carrer de la Mare de Déu de Port, in Barcelona. However, the graveyard scenes did not make the final cut.

In an iconic scene, a miserable and sleep-deprived Trevor Reznik runs into a metro subway in an attempt to evade the police. The sequence was filmed at Vall d’Hebron metro station, a station located at the intersection of L3 and L5 within the Barcelona Metro network. The station is the northernmost terminus of the L5 line.

The chase continues in the sewers, which leads to a reenactment of the motifs from the earlier hell-ride. The scenes were filmed at Clavegueram i de dipòsits de retenció d’aigües pluvials or the old sewer network of the city. You can visit the place for yourself by booking a slot before your visit.

Additionally, a few sequences were filmed at Port Vell, a waterfront harbor, and a tourist attraction situated at Rambla de Mar.

In the very early moments, Trevor goes to a shady location to dump a body in water. The scene was filmed in Sant Adrià de Besòs, a coastal city in the comarca of Barcelonès by the Mediterranean Sea.

Later in the movie, we revisit the seaside and catch a glimpse of Central Térmica de San Adrián del Besós, a thermal power station located on 106 Avenue d’Eduard Maristany in the city.

Trevor goes to meet his confidante Stevie at her apartment. Scenes set in Stevie’s apartment were filmed at 2 Carrer d’Arquímedes, 08918 Sant Adrià de Besòs, an apartment in the city.

Although the movie was filmed almost exclusively in and around the comarca of Barcelonès, additional filming was carried out in a few other locations in the country. The production visited the municipality of El Prat de Llobregat, situated in Baix Llobregat comarca, and Sabadell, a city in Barcelona, both located within Spain’s Catalonia region.

A major chunk of interior scenes was filmed in the historical landmark of Hospital del Torax (pictured above), an old treatment center for patients suffering from respiratory diseases, located at 1D Diseminado Can Carbonell in the city of Terrassa. Since being closed down in the late 90s, a significant part of the location has been converted into an audiovisual park by production and distribution company Filmax, which was also involved in the production process.