Where Was The Stolen Filmed? 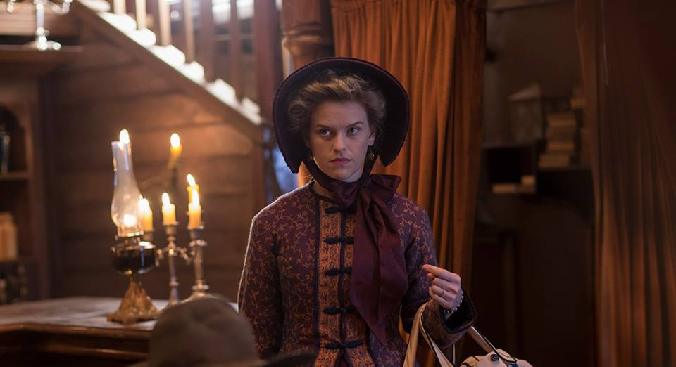 ‘The Stolen’ is a Western movie with a strong female lead who not only challenges socially conditioned perceptions of her gender in the movie but also subverts stereotypes of the male-dominated genre. The movie is directed by Niall Johnson and is set in New Zealand in the 19th century. Alice Eve plays the role of the protagonist, Charlotte Lockton.

‘The Stolen’ follows the character of Charlotte, an English woman who shifts to New Zealand after her marriage. Unfortunately, her husband gets killed by some of their workers who also kidnap her son. A few months after the tragic event, Charlotte gets a ransom letter, which she tracks down. Then, she goes on a risk-filled journey to rescue her son, eventually ending up in a town called Goldtown.

As mentioned earlier, ‘The Stolen’ is a Western movie, but one which is set in New Zealand in the 19th Century. This setting proves to be quite similar to the American frontier: an almost lawless place filled with various trigger-happy characters, most of whom live without the fear of too many consequences. Hence, ‘The Stolen’ provides a fresh spin, in terms of setting to the Western genre while maintaining a similar appeal through genre conventions. The movie manages to authentically replicate New Zealand of the 19th century quite well, and that turns out to be its biggest strength. Hence, it is natural for viewers to wonder where the movie was filmed.

‘The Stolen’ was actually filmed in New Zealand and perhaps that it is the reason that the movie manages to nail its setting. Within New Zealand, filming was carried out in the region of Canterbury, in and around the city of Christchurch. The production team made use of several existing Victorian-era buildings to help them capture what the country looked like in the 19th century.

One of the places which proved to be especially useful for the production was the Ferrymead Heritage Park in Christchurch. The place consists of various structures belonging to the 1900s and also offers visitors rides on old-fashioned trains. Apart from that, filming was also carried out at Ashley Gorge Holiday Park in Starvation Hill, Little River Birdling’s Flat, the township of Arthur’s Pass, and Waikuku Beach. It is reasonable to assume that the final scene of the movie was filmed at Waikuku Beach.

The movie was made on a tight budget of $4 million. Hence, the filmmakers ended up making a lot of use of local talent in order to bring production costs down. The film’s shooting went on for close to a month.