Where Was Thelma and Louise Filmed? 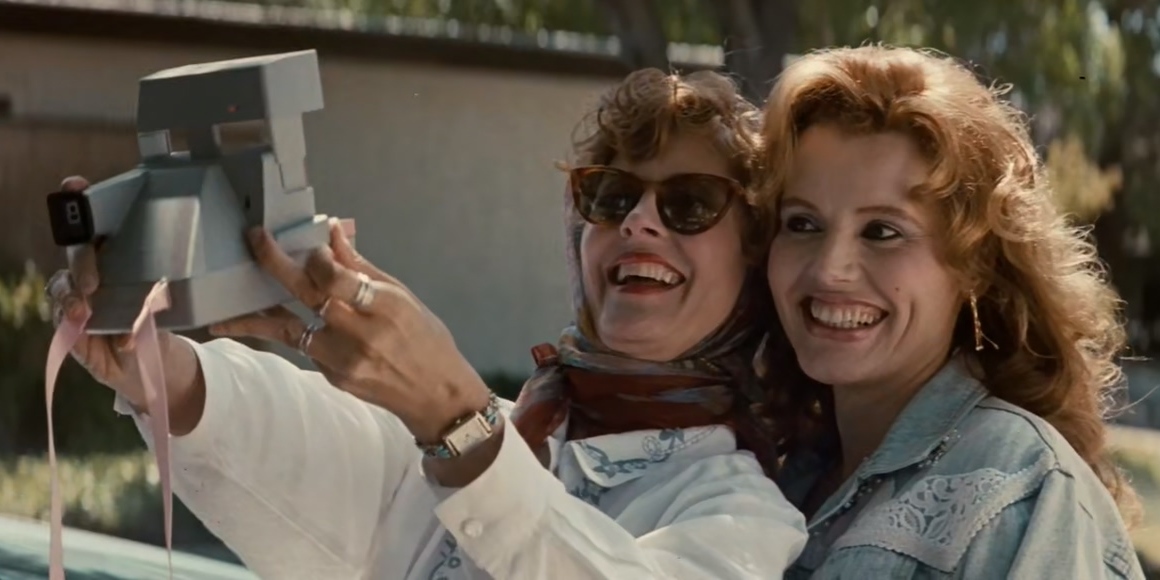 Directed by Ridley Scott from an original script written by Callie Khouri, ‘Thelma and Louise’ is quite a cinematic experience in itself. Coincidentally, this is also one of the first movies that gave us the idea of selfies. A female-centric road movie, the story begins as a black comedy, but changes avenues to become a compelling crime drama instead. It centers on the titular characters as they take up a tour to escape their sad and monotonous lives, only to be tangled up in more trouble.

The two women go to a bar, and with a man attempting to rape Thelma, the story takes a grim turn. After putting a bullet in the pervert, the girls go on the run. From modest American suburbs, the 1991 movie takes us to the moors of Grand Canyon for an iconic tragicomic ending. However, you may want to travel the routes taken by Thelma and Louise to their destiny. In that case, let us present before you an itinerary of the locations.

‘Thelma and Louise’ was filmed in its entirety in the US, especially in California, Utah, and Colorado. Filming began on June 11, 1990, and wrapped up on August 31 of the same year. The story is set in Arkansas, and the protagonists head west towards Oklahoma and then Arizona after the murder. However, the director found it convenient to shoot most of the film in California and Utah. Let us now take you to the specific locations!

In the beginning, Thelma lives in a generic suburban house with her volatile and frustrated carpet seller husband. The interior and exterior scenes were filmed at a residence in 18633 Palomino Drive in the city of Los Angeles.

The mid-west themed bar, where the benign adventure goes haywire, is also located in Los Angeles. Once the Silver Bullet Saloon, it has been renamed as the Cowboy Country, located at 3321 South Street in the Long Beach area of LA.

Some scenes were also recorded in the neighborhood of Tarzana. The motel, where the couple meets the formidable thief J. D. is not too far. Vagabond Inn – Los Angeles at USC, a 2-star motel at 3101 South Figueroa Street in Los Angeles, served as the filming site for the sequences.

The production team filmed in and around suburban California to bring the western theme to reality. The wide-open stretches of Arkansas were actually filmed outside of Gorman, California, whereas the urban landscape of Bakersfield stood in for Oklahoma.

The Howard Johnson Motor Lodge, where Louise works in the movie, is also in the state. However, the location is a bit far from the City of Angels. The sequences were filmed at 75 West Thousand Oaks Boulevard, in Thousand Oaks, around an hour away from Los Angeles.

Additional filming was carried out in Shafter, Taft, and Derby Acres, all located in Kern County. The scene wherein the two women stop to pick up J. D. was shot at Highway 33 in Derby Acres.

A few major sequences were filmed in and around the state of Utah. The opening sequence shows us a panoramic view of the La Sal Mountains. The scene was filmed on Route 46, southwest of Moab.

Canyonlands National Park, Valley of the Gods in Mexican Hat, West Valley City, and Thompson Springs are some of the locations in the state that were chosen as filming locations for the film. In a scene, Thelma and Louise hide a police officer in the trunk of their own car. The sequence was filmed at Courthouse Towers, a cluster of towering natural monoliths located in the middle of Arches National Park in Utah.

The spectacular police chase was filmed mostly in Cisco, a ghost township in the Grand County of Utah.

The final scene where the girls drive the car over the edge was filmed not anywhere near Grand Canyon. The sequence was filmed at Dead Horse Point State Park, a state park featuring the Colorado river located at UT-313, northwest of Moab.

Some sequences in ‘Thelma and Louise’ were indeed filmed in the state of Colorado. The scene wherein Louise calls the FBI agent from a payphone was shot at Bedrock General Store, a general store located at 9812 CO-90 in the Bedrock area of the state. Additionally, some scenes were filmed in the western part of Colorado.

Read More: Is Thelma and Louise Based on A True Story?