Is Thelma and Louise Based on A True Story? 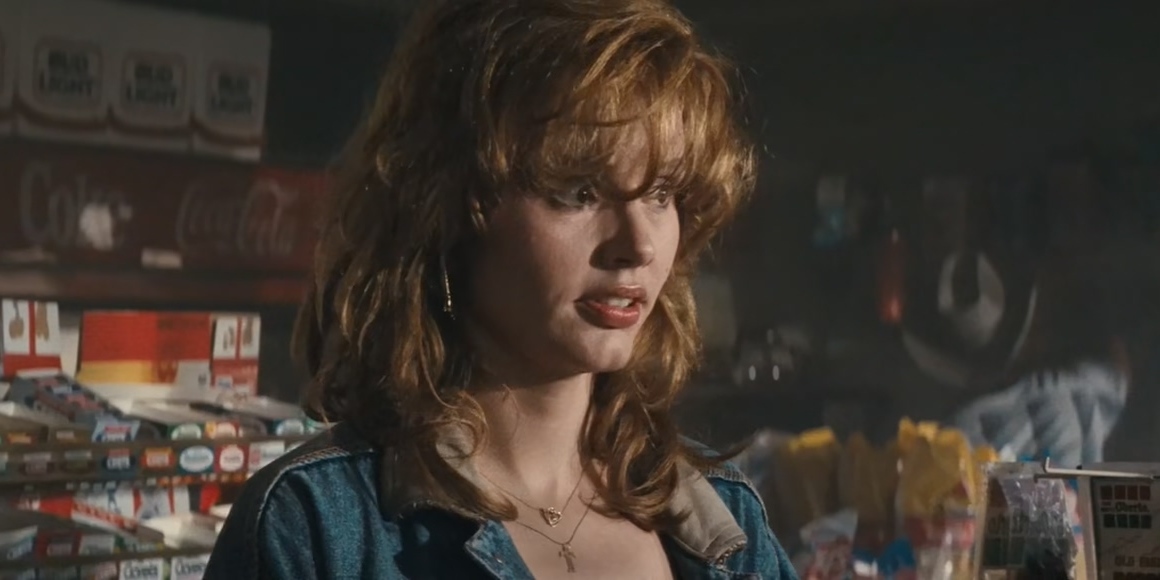 Ridley Scott’s female-centric genre-bender road movie ‘Thelma and Louise’ is a pathfinder in many aspects. Beginning as a seemingly harmless buddy comedy, the film veers towards the realm of a thriller after a cathartic jolt. Louise works as a waitress in a cheap food joint, and Thelma is a housewife living with her arrogant hubby Darryl. In an attempt to escape their drab lives, they embark upon a road trip through midland America.

However, the journey turns into a full-fledged escape from the law when the women are forced to kill a guy who attempts to rape Thelma. As an offbeat Ridley Scott venture, the movie has made its place among the classics, driven by a fresh narrative, superb cast, and an original score by Hans Zimmer. In case you’re wondering whether there is some real basis to the story, we have got you covered. Let us probe into the matter, shall we?

Is Thelma and Louise Based on A True Story?

No, ‘Thelma and Louise’ is not based on a true story. Callie Khouri wrote the Oscar-winning original screenplay for the film, while Ridley Scott’s artistic genius and excellent direction pushed the female buddy road crime film to become “culturally, historically, or aesthetically significant.” After beginning her career in the production of ad films and music videos, Callie Khouri broke into the scene with this movie, wherein she also served as a producer.

The idea of the film first descended upon Khouri as she was driving home from work late at night. Khouri recalled the experience of conceiving the story as “getting punched in the heart.” Well, the hard-hitting shocker of a story speaks for itself. Admittedly, Khouri was immersed in the writing process, and she had the first draft in her hands only after six months. In one scene in the movie, Thelma and Louise find a payphone to contact Thelma’s rude husband, Darryl, who is unnaturally nice, so Thelma instantly deduces that the police has got hold of him.

Only after hello, Thelma cuts the call as she says to Louise, “He knows.” The words tell so much in so less. For instance, it shows that Thelma is an intelligent woman in a Hollywood movie of the 90s, for a change. In an interview organized by Austin Film Festival, Khouri confessed that she woke up in the middle of the night, finished that scene at a go, and went back to sleep. Before getting her hands on the paper, Khouri laid down the specifics of the story in her mind. The brainstorming part took about four months. She prepared the early drafts in handwriting before taking them to her workplace to type them out.

While working on the screenplay, Khouri took inspiration from her country musician friend Pam Tillis to paint the character of Thelma. Tillis and Khouri first met at a music venue in Nashville, where Khouri was working as a waitress and Tillis was a hard-up country singer. While Khouri had a sturdiness around her, Tillis was high up in the clouds, but when they came together as a team, they were pretty much invincible. The author took her inspiration from an episode of hold up during her stint at the L.A. club Improv, and an attempted robbery where Tillis was a fellow witness.  Khouri wanted to write about two women who are not intrinsically criminal but become raving outlaws in a twisted turn of fate. It seems that she wanted to put the audience in the shoes of the protagonists and ask them “Would you, or would you not, pull the trigger?”

Louise is not given much of a story in the film. She dabbles in different faces and identities in an effortless masquerade. While Thelma literally gets on the dance floor when coaxed by Harlan, it seems that Louise is the real dancer in the movie. The screenwriter deliberately kept her character devoid of a back story. When Thelma asks Louise about her past, Louise warns her not to mention it. The ambiguity of the character’s roots works in favor of the duo, and with a gun in her pants, Louise takes quite a powerful role in the unfolding tragedy of Thelma.

Initially, Khouri wanted to keep it a low-budget indie venture, with Frances McDormand and Holly Hunter in the lead roles. She initially took the film to her music video producer friend Amanda Temple, who went to several places with the script, but no one was interested in funding it. She finally got a positive reaction from Mimi Polk Gitlin, who showed the script to Ridley Scott. Although initially hesitant, the filmmaker got completely immersed in the project later on, also taking on the role of the producer. He also brought in Pathé Entertainment to fund the movie.

Scott took inspiration from Terrence Malick’s early classic ‘Badlands’ for the feel and look of the movie. Casting also proved to be quite an ordeal but the final choice of Susan Sarandon and Geena Davis in the lead roles paid off in the end. In consequence, the movie had the rare honor of receiving two Oscar nominations in the best actress category (with only three others in the list), although both of the actresses finally lost to Jodie Foster.

Susan Sarandon gave some valuable inputs and ideated several scenes, like the one where Louise stares at the night sky in a personal moment. The producers were also not happy, at least initially, with the tragic ending. Well, you can’t make everyone happy, and they had to concede defeat for the lack of a better alternative. Lastly, some people may think that the movie tries to paint men in a bad light. Well, the feminist overtone of the movie is not really implicit, and one cannot stress enough that the story is not conjured out of thin air.

Rape cases are still rampant in the world, and sadly, in most cases, law sides with the alleged perpetrator rather than the victim. A look at this cover story published by The Atlantic more than suffices to get an impression of the ground reality. So even if ‘Thelma and Louise’ borrows bits and pieces from early male-centric buddy comedies, it deviates to express a collective discontent about how women are treated in the patriarchal society.