Where Was Tom Clancy’s Without Remorse Filmed?

The long-awaited action thriller ‘Tom Clancy’s Without Remorse’ sees Michael B. Jordan stepping into the shoes of John Kelly, one of the leading characters in Tom Clancy’s ‘Ryanverse’ novel series. Directed by Stefano Sollima, the film is based on Clancy’s novel of the same name and sees Kelly on the hunt for his wife’s killer. As the situation rapidly devolves, Kelly finds himself shunted between prison brawls, gunfights, and an ominous conspiracy that takes him to Russia, transforming the movie into a fast-paced international action flick. If you’re wondering where the team behind ‘Tom Clancy’s Without Remorse’ filmed their blazing action sequences, we’ve got the details!

‘Tom Clancy’s Without Remorse’ was filmed in the United States and Germany, with parts of the latter used to depict Russia as well as the US. The film, which was in production for particularly long, kicked off principal photography around October 2019 in Germany, after which the team moved to the US. Additional scenes were also filmed on location in California much later in October 2020. Let’s take a look at the specific locations where this film was shot.

Production for ‘Tom Clancy’s Without Remorse’ took place in multiple locations around the state of Brandenburg in Germany. The construction site of the then-incomplete Berlin Brandenburg Airport (BER) was used as a stand-in for Washington’s Dulles International Airport. 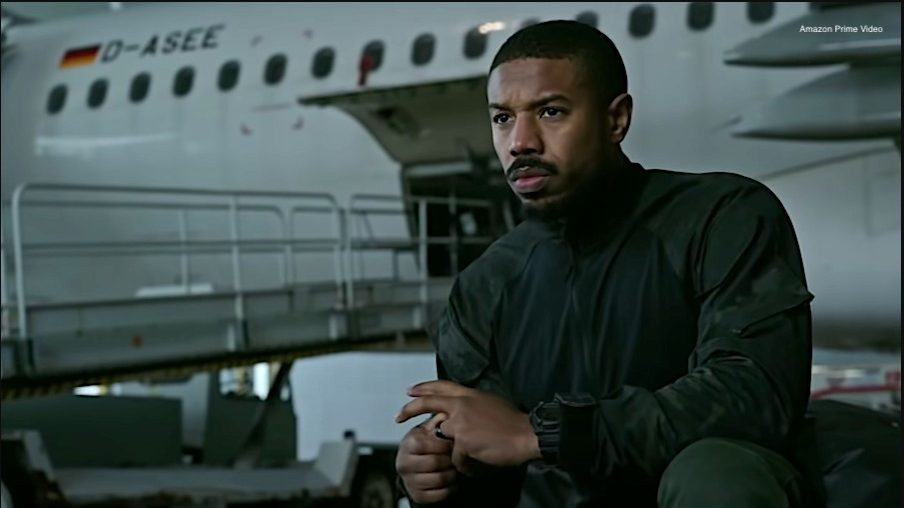 The massive airport, which finally opened for commercial traffic on October 31, 2020, had already hosted multiple events in the past due to its scale. It provided an ideal way for the film crew to get on-location shots of an airport without having to deal with passenger crowds. Signs were suitably changed to reflect the film’s Washington location.

Studio Babelsberg, located on August-Bebel-Street 26-53 in the city of Potsdam near Berlin, was used for the filming of many of the indoor scenes, including the prison scenes featuring Kelly and a particularly claustrophobic fight where he takes on an army of guards in his cell. The studios are one of the oldest large-scale studios in the world and have hosted productions like ‘Inglourious Basterds,’ ‘The Grand Budapest Hotel’ and ‘The Hunger Games.’

Production was then moved stateside to Washington D.C., where filming took place at iconic locations recognizable in the film, most notably, at Union Station on 50 Massachusetts Avenue, as well as Dupont Circle, located near Connecticut Avenue and Massachusetts Avenue. Filming at both these busy locations involved multiple cameos from commuters and the general populace and caused quite a stir when Hollywood star Michael B. Jordan made an appearance.

Is this @MichaelBJordan in Union Station for Without Remorse? pic.twitter.com/FlBXcp36i4

Multiple streets in the area were also closed off for filming, including sections of Corcoran Street, New Hampshire Avenue, R Street, and 18th street. Filming in these busy parts of the city was reportedly undertaken from 6 pm to 6 am the next morning. The Washington Monument also makes an appearance in a few scenes of the movie.

The last section of production for ‘Tom Clancy’s Without Remorse’ took place in Santa Clarita in northwestern Los Angeles County, California. According to Deadline, on-location filming here was undertaken roughly a year after filming in Germany. Though it is unclear exactly which scenes were filmed in California, this leg of production was undertaken after the movie was acquired by Amazon Studios, which is also headquartered in California.