Where Was Triangle of Sadness Filmed? 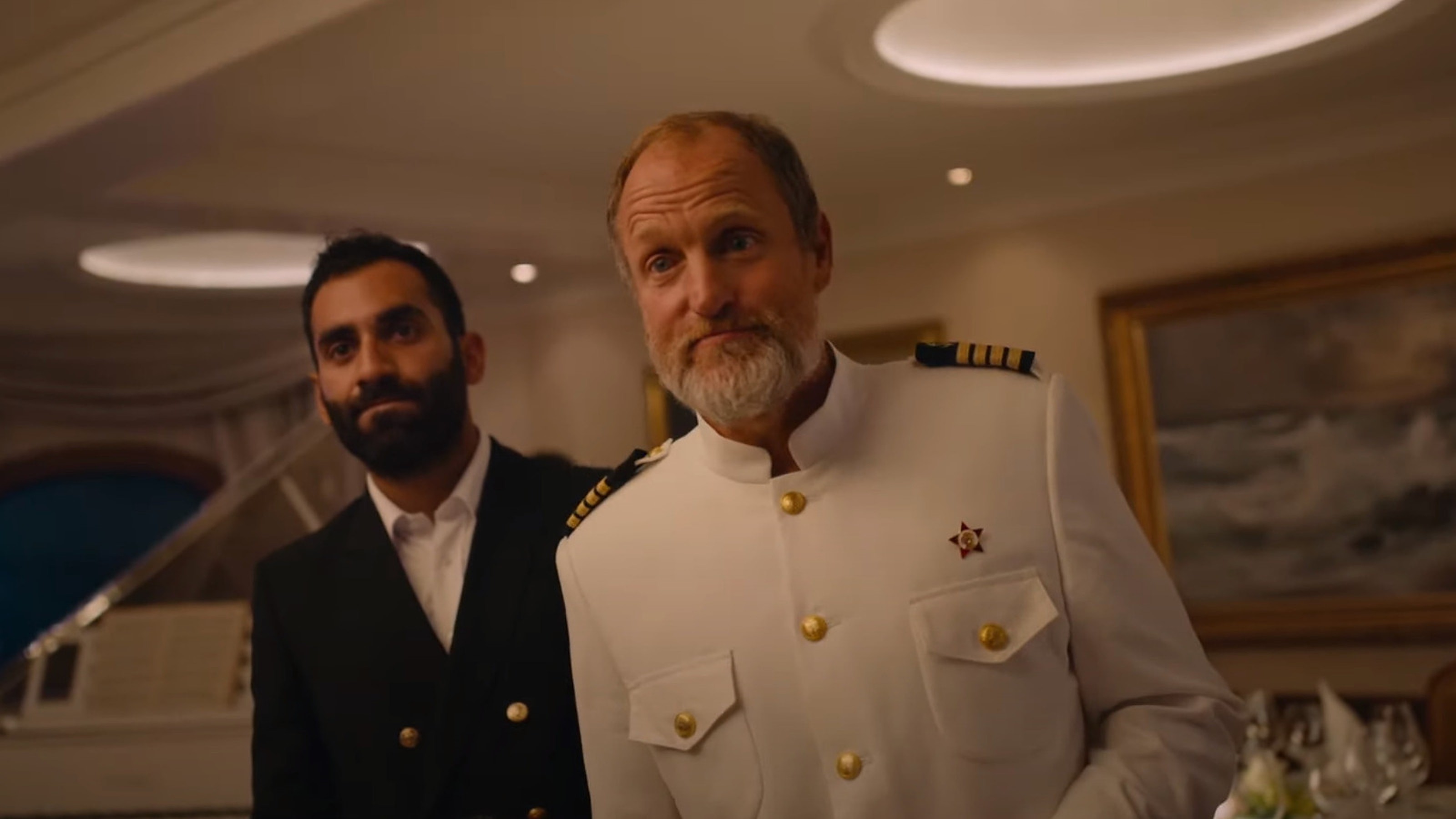 Written and directed by Ruben Östlund, ‘Triangle of Sadness’ is a black comedy movie that centers upon a famous model couple — Carl and Yaya. They almost always argue about money and gender roles in their relationship, as she is much more successful than him. Amidst this constant bickering, they get invited to board a luxurious cruise along with many other affluent passengers, including an elderly couple, a Russian oligarch and his wife, a lonely millionaire, and a German guest. All is going smoothly until a storm brews up outside, making the superyacht susceptible to sinking and many passengers seasick.

The ship sinks eventually, and Carl and Yaya find themselves on a deserted island with a group of millionaires and a cleaner from the ship. Since the latter is the only one who has decent fishing skills, the hierarchy gets flipped upside down, just like the sunken ship. While the satirical narrative keeps things interesting for the viewers, the use of different scenery throughout the movie makes one wonder where ‘Triangle of Sadness’ was shot. If you are paddling the same boat of curiosity, we have you covered!

‘Triangle of Sadness’ was filmed in Sweden and Greece, specifically in Trollhättan, Evvia, and Katakolo. The principal photography commenced in February 2020 but was paused the following month, due to the COVID-19 pandemic, with about 37% of the shooting done. After a couple of months of delay, production resumed in late June 2020 and halted again in July of the same year.

Then, in September 2020, the filming unit returned to work and finally wrapped up the shooting in November 2020. It took them around 73 days to conclude the production. Now, let’s look at all the specific sites that appear in the comedy movie!

As per reports, the team of ‘Triangle of Sadness’ began recording the movie in Trollhättan, Sweden’s 23rd largest city and the seat of Trollhättan Municipality in Västra Götaland County. In particular, the cast and crew members utilized the studios of Film i Väst, a film company in Trollhättan, and constructed the interiors of the yacht shown in the movie. Established in 1992, the company has co-produced more than a thousand Swedish and international projects.

After wrapping up the portions they meant to lens in Sweden, the filming unit traveled to Evvia, aka Euboia, the second-largest Greek island in terms of area and population. Most of the scenes were taped in and around Hiliadou Beach in North Evvia, while a few portions were recorded in the coastal town of Kymi.

Additional portions for ‘Triangle of Sadness’ were lensed in Katakolo, a seaside town in Pyrgos in western Elis. Located on a headlong overlooking the Ionian Sea, the port of Katakolo is quite a popular stop for cruise ships, making it a suitable production location for the dark comedy movie.

The team shot many scenes in the open waters, including the Adriatic Sea and the Ionian Sea, on board the iconic Christina O, a private motor yacht formerly owned by Aristotle Onassis and Jackie Kennedy. It consists of a master suite, eighteen passenger staterooms, and numerous indoor and outdoor living areas (which were used for filming many scenes). As of 2018, she was the 45th largest yacht in the world.