Directed by Wolfgang Petersen, ‘Troy’ is a historical war movie loosely based on the ancient epic poem titled ‘Iliad’ by Homer. Set in the year 1250 B.C., the narrative follows the clash of the Trojans and the Greeks, when the Trojan prince Paris woos Helen, Menelaus’s wife, to come with him to Troy. After discovering that his wife has been taken, Menelaus and his brother, Agamemnon, set off on a mission to get her back by waging a war against the Trojans. With the legendary Achilles in their ranks, the Greeks put on a tough fight with the undefeated Trojans.

Given the historical setting, the epic battle scenes, and the thousands of ships reaching the shores of Troy, it is only natural for viewers to scratch their heads wondering about the production details of the Brad Pitt-starrer. So, are you too eager to know about the actual locations used to create the city of Troy and other places in the historical film? In that case, we have got you covered!

‘Troy’ was filmed in several different locations across Malta and Mexico, particularly in Kalkara and several other villages of the archipelago of Malta, and the state of Baja California Sur. Scenes were further lensed in England, specifically in London and the county of Surrey. The original plan of the production team was to tape the majority of the film in Morocco, but that plan was dropped after the terrorist bomb attack in Casablanca occurred. The principal photography commenced in April 2003 and got hindered for a period by Hurricane Marty as it largely affected the filming sites. Thus, the filming wrapped up in December 2003. Now, let’s traverse the specific locations that appear in the epic movie! 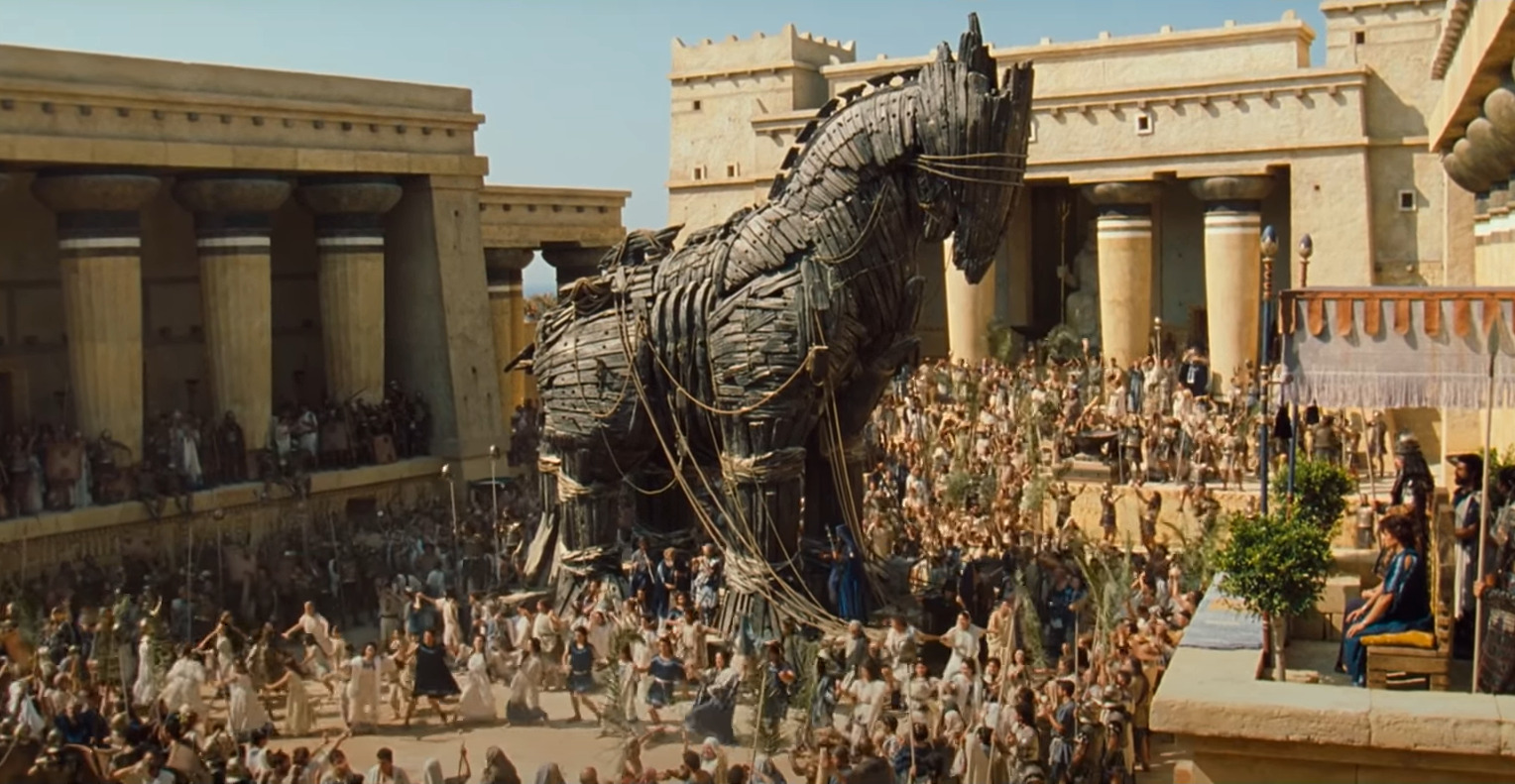 The ancient Fort Ricasoli is where the production team constructed the city of Troy and filmed the street as well as the grand square scenes featured in the movie. It is located on St. Rocco Street in Il-Kalkara. In addition, the cast and crew also utilized the facilities of the Malta Film Studios AKA Mediterranean Film Studios to shoot some pivotal sequences. Located on St. Rocco Street, it consists of one indoor tank and two large exterior tanks located along the coast. The studio has the ability to operate any kind of water effects required for filming projects.

Other Locations in Malta

For filming purposes, the production team set up camp in Mellieħa, a village in the Northern Region of Malta. The scene where Achilles and Patroclus practice their swordplay at Phthia was recorded in the location. Moreover, the Golden Bay Beach can also be spotted in the backdrop of several sequences. Some more scenes were lensed on Ghajn Tuffieha Bay, including the scene where Achilles and the Greeks reach the Trojan shore. It is located in the rural village of Mġarr.

A hangar in Ħal Far, an industrial estate in Malta, was reportedly used to build some additional sets for the movie. Additionally, Mtahleb church located in the town of Rabat was also utilized to film a few sequences. The production team even moved out of the main island of Malta to tape scenes on the neighboring islands of Comino, specifically Blue Lagoon and Gozo.

Some pivotal scenes for ‘Troy’ were taped in Ealing Studios. Located in Ealing Green in London, the film studio comprises five stages, including three 1930s sound stages and two smaller stages for smaller tasks. It has served as a prominent filming location for a vast range of films, dating back to the 1930s.

A majority of the interior scenes, including those of the Palace of Troy, were shot in sets built in the Shepperton Studios. Not only that, reports suggest that the iconic Trojan horse used in the film was built in the studio and then shipped out to Malta in parts. Located on Studios Road, Shepperton, in the county of Surrey, the studio was labeled as Sound City in its earlier days and now is a part of the Pinewood Studios Group. It consists of 14 stages, an expansive backlot area, and thousands of square feet of workshop space.

The production team even traveled all the way to Baja California Sur, a Mexican state situated on the Baja California Peninsula. Cabo San Lucas is the city where the cast and crew constructed the outer walls of the city of Troy and lensed the larger beach scenes for the movie. Moreover, for filming the portions involving the Greek seafront encampment, they set up camp in Playa El Faro Viejo, specifically in the old lighthouse on the beach.

Read More: Is Troy Based on a True Story?