Where Was Twister Filmed? 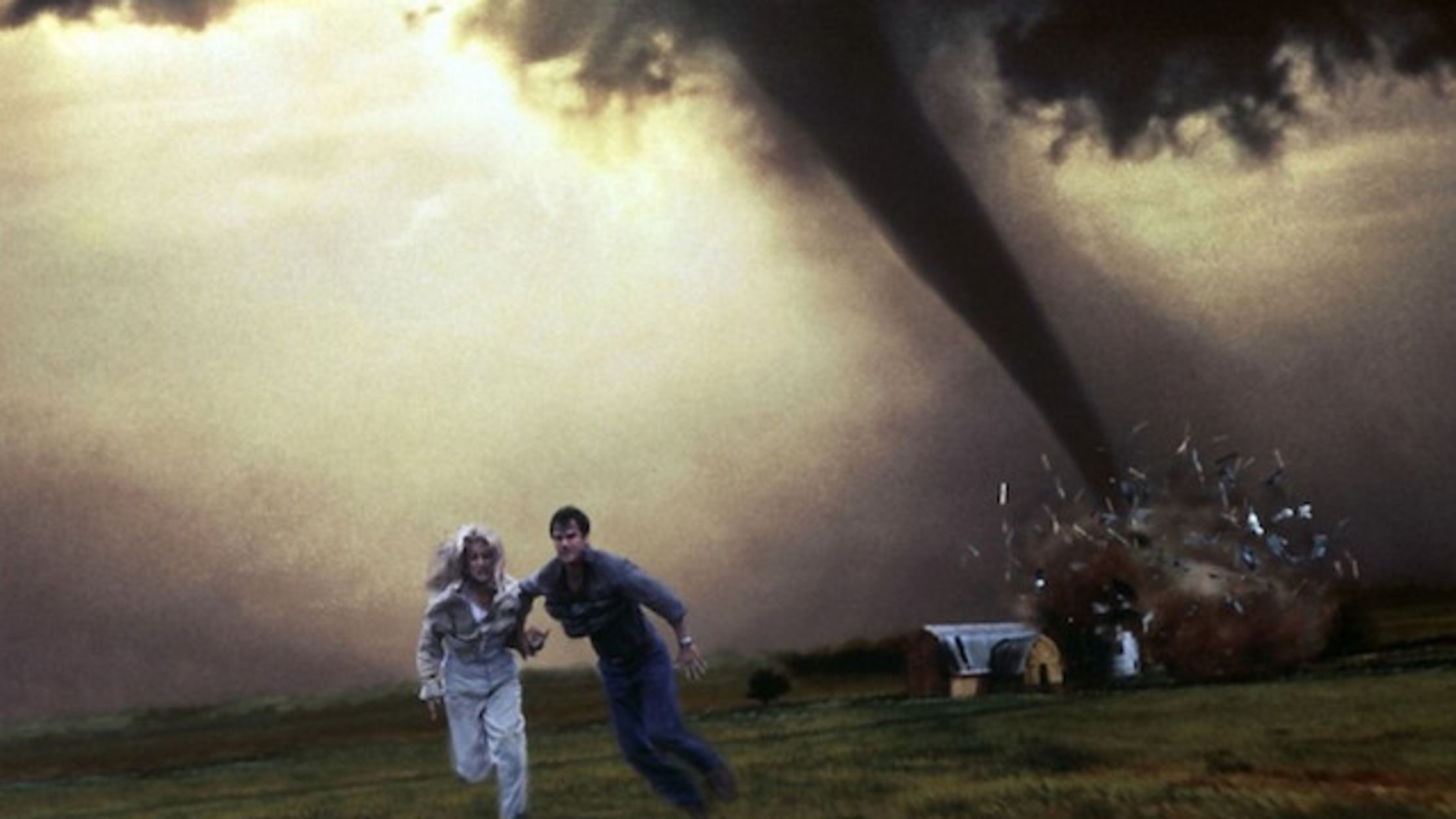 Cinematic disasters, if done right, can create the perfect adrenaline rushing experience for viewers. While some of these disasters movies simply harp on the end-of-the-world trope with their unrealistic depictions of giant tidal waves and “sharknados”, there are others like ‘Twister,’ which are closer to reality. Speaking of which, those who have watched ‘Twister’ will be able to recall how the film walks a viewer through several calamity-struck zones. And at times, its portrayal of impending hurricanes and the weather conditions surrounding it is so real, that you can’t help but wonder where it was filmed. So here’s a list of all the filming locations where ‘Twister’ was predominantly shot.

Backed with Warner Bros. Pictures and Universal Pictures, ‘Twister’ was produced by  Steven Spielberg‘s Amblin Entertainment. Its principal photography began on May 1, 1995, and was wrapped up on August 21, 1995. Initially, California was chosen as a filming location for the movie. However, later on, director Jan de Bont insisted that the film should be shot in Oklahoma. Although the movie’s primary filming took place in several different locations of Oklahoma itself, due to changing seasons, its production was later moved to Iowa.

The shooting of ‘Twister’ was carried out in several different locations of the state of Oklahoma. The opening scene of the movie where Bill meets his crew and also the scene where the team chases its first tornado in a jeep were filmed in Fairfax, Oklahoma, and Ralston, Oklahoma. There’s another iconic scene of the film where the storm chasers stop near a drive-in movie theatre and that’s when a tornado appears out of nowhere. This scene was partially filmed in Guthrie, Oklahoma and some of its other parts, including the scene where Melissa’s hotel room is shown, were filmed in  Stillwater, Oklahoma near Oklahoma State University’s campus.

As depicted in the movie itself, many of its scenes were also shot in the real town of Wakita, Oklahoma. For the filming of the movie, several older parts of the town were also demolished to show the impact of the twister in the movie. Another scene that many viewers would recall is where Bill and Jo’s car gets surrounded by water sprouts and they see cows flying into the twister. This scene was filmed on Kaw Lake near Kaw City, Oklahoma. Apart from all the locations mentioned above, the film was also shot in Ponca City, Pauls Valley,  Maysville, Norman, and a few other small farm towns all across the state.

The state of Iowa was only used for filming some of the conclusive moments of the movie after the filmmakers started noticing some substantial changes in Oklahoma’s topography. The climactic scene of the movie where Bill and Jo brace themselves for an F5 tornado was filmed in and around Eldora, Iowa. And the scene right before it where the two characters rush through a cornfield while being chased by the tornado was shot in Ames, Iowa. Once the primary filming of ‘Twister’ was wrapped up, a few additional shoots and pick-up shots were also filmed in Bolton, Ontario.

Here’s a picture from the sets of the movie in Eldora, Iowa:

From 1996: Chuck Welch, left, and Don Colbert sift through debris of leveled Eldora farm during filming of tornado scene in #Twister movie pic.twitter.com/vJuG3ruAfX

There’s also a small ‘Twister’ museum in Wakita where you can several props that were used during the movie’s filming. Check it out below:

Here’s another interesting snap from the sets of the movie:

Here’s another behind-the-scenes picture from the movie’s sets:

Behind the scenes on the set of Twister (1996). pic.twitter.com/TLZhek1T5b