Where Was Vampires vs. the Bronx Filmed? 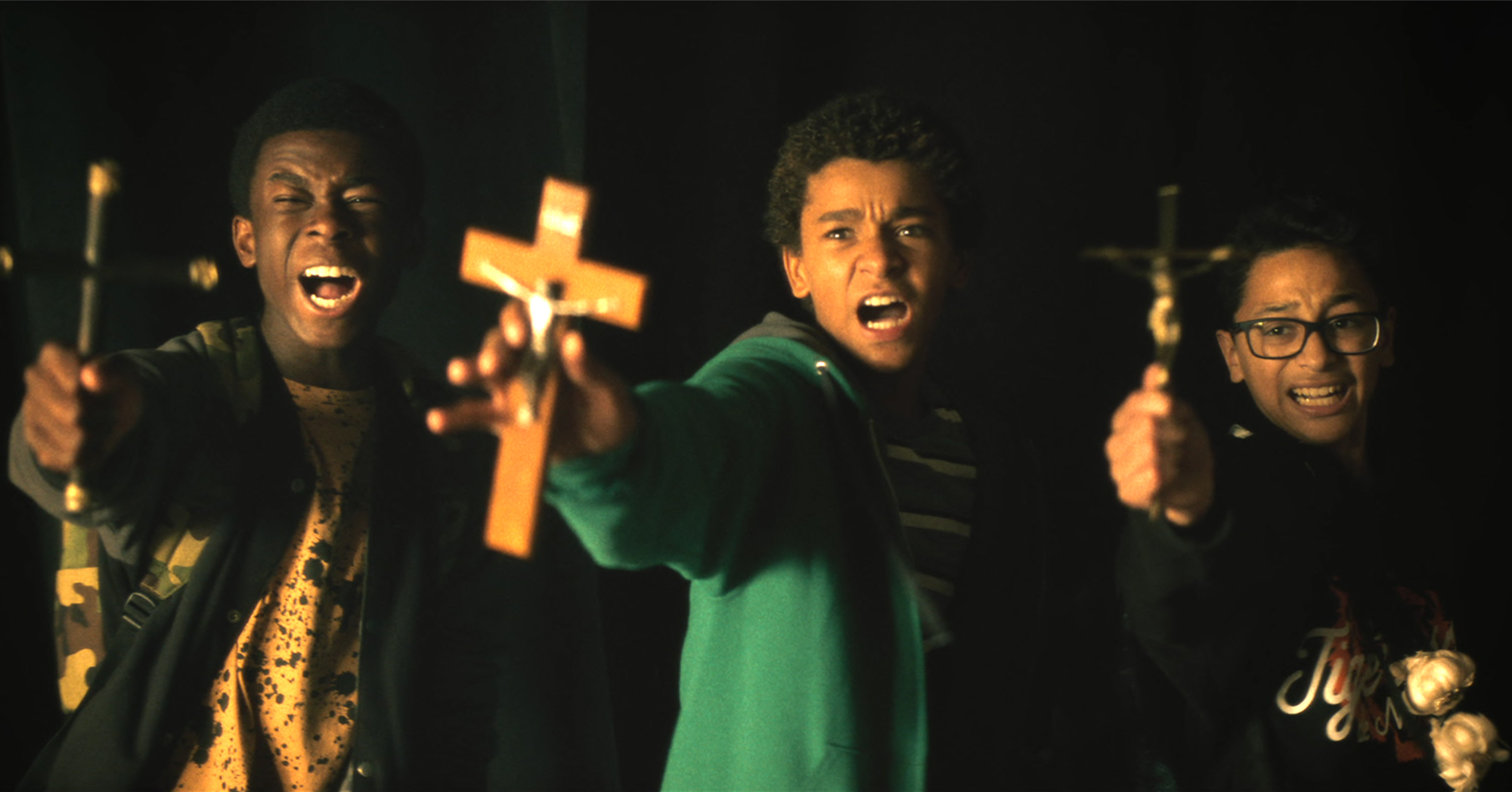 With a title as evocative as ‘Vampires vs. the Bronx’, Netflix’s latest teen-horror-comedy film deals with such a sensitive issue as the gentrification of predominantly minority neighborhoods with a light-hearted and campy approach. Directed by Osmany Rodriguez, a long-time SNL alumnus, and produced by, among others, Lorne Michaels himself, the movie resonates with a perfect balance between absurdity and social conscience. In its efforts to proudly embrace its B-film vibes, it pays tributes to the 1980s classics like ‘The Lost Boys’ and ‘The Monster Squad’.

The film stars Jaden Michael, Gregory Diaz IV, and Gerald W. Jones III as three friends who discover that their neighborhood is being preyed upon by a group of blood-sucking and silver-haired monsters and decide to take the matter into their own hands before these creatures of the night destroy everything they love and cherish. Predictably, the film is set in the Bronx, arguably the most diverse part of the melting pot that is New York City. If you are wondering whether the movie was shot on location or elsewhere, this is the article for you.

Vampires vs. the Bronx Filming Locations

Although the movie is heavily endowed with fantastical elements, the spirit of it is very much grounded in reality. Gentrification is a complex and real problem faced by real people. On one hand, it can potentially pull an entire section of a city out of the clutches of poverty. On the other, it can have a devastating effect on the unique culture and social structure that have flourished there before the sudden and often unwarranted arrival of comparatively more prosperous residents and businesses. Asked about what inspired him to make this film in a recent interview, Rodriguez said, “It was born from the desire to tell a fun adventure story and also tell a fun adventure story for kids that looked like me and my friends growing up in the Dominican Republic. So, the kind of kids that aren’t really represented in these kinds of stories or the kind of kids that are not able to be the heroes of their story. So, that was my main goal of trying to tell an adventure story with a diverse cast.”

He later added, “I knew I wanted to set the story in New York City and talking to friends in the Dominican community like Washington Heights, that neighborhood which is a very Dominican neighborhood in New York City that is going through changes right now. And all their conversations were also similar how much the neighborhood’s changing, how much the identity is being sucked out.” According to Rodriguez, he made the connection with the vampires almost instantaneously after hearing this. He set the film in the Bronx because a considerable population of Dominicans resides there and “the Bronx is a huge immigrant community”, comprised of so many different types of people. He said that the Bronx feels like the last frontier as far as “where gentrification will go next.” ‘Vampires vs. the Bronx’ was shot on location in the Bronx by Rodriguez and cinematographer Blake McClure, who is also an SNL alumnus.

This movie was primarily filmed in various parts of the Bronx. In past, the borough has hosted productions of films like ‘Joker’, ‘The Godfather’, and ‘The Departed’. Principal photography started at some point before August 2018 and concluded in early September.

Some parts of the movie were shot in Brooklyn. On August 15, 2018, the NYPD issued a no-parking notice ahead of the filming.