Where Was Women Talking Filmed? 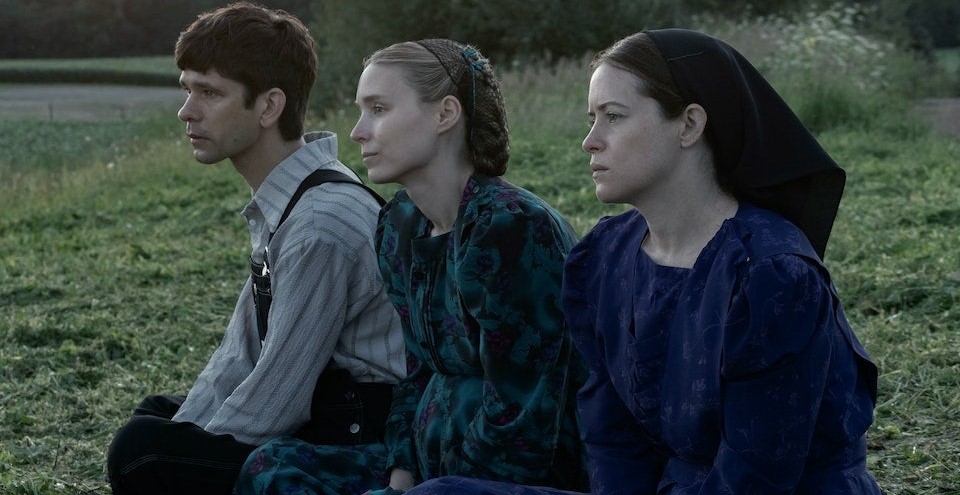 Based on the 2018 eponymous novel by Miriam Toews, which is inspired by true events, ‘Women Talking’ is a drama movie co-written and directed by Sarah Polley set in 2010 that revolves around eight women from an isolated religious community. These women try to come to terms with the reality of the faith of women in their colony when they discover that men have been drugging and raping the women of the community at night for several years.

Now, the women have to decide — to let the situation remain the same and do nothing, raise their voices and fight against the unjust, or simply up and leave to save themselves. The movie sheds light on the disturbing truth about the isolated Mennonite colony, which raises awareness among the general public about the subject. Apart from that, given the backdrop of fields and barns, the viewers are likely to wonder where ‘Women Talking’ was actually shot. If you are paddling the same boat of curiosity, you might be interested in what we have to share about the same!

‘Women Talking’ was filmed entirely in Ontario, specifically in the Greater Toronto Area. The original plan of the filming unit was to shoot the drama movie in 2020 but due to the COVID-19 pandemic, it got postponed by a year or so. After the delay, the principal photography finally got underway in July 2021 under strict COVID-19 protocols and wrapped up in September of the same year. Now, without much ado, let us take you through all the specific sites that appear in the Sarah Polley directorial!

All the pivotal sequences for ‘Women Talking’ were lensed in and around the Greater Toronto Area, a region that includes the City of Toronto and several other regional municipalities, including Halton, Peel, Durham, and York. Most of the drama unfolds inside the hayloft, which was actually built by the production designer Peter Cosco inside a massive studio space in Toronto with enough space and height to incorporate the desired lighting and also a blue screen. Moreover, the production team wanted to be able to control the environment and freeze time of the location according to their requirements.

As for the exterior shots of the farm, they were taped on a real farm just about an hour outside of Toronto. The farmer of the farm agreed to change his crop from corn to soy in order to make the shooting easier as soy crops grow lower to the ground as compared to corn. Cosco and the rest of the team also utilized the farm’s barn for recording some key scenes. However, they also constructed more structures around the barn and farm, such as a schoolhouse, a washhouse with a windmill, and a water tower, which served as the site where an important scene between Ona and August was shot.

In a conversation with The Hollywood Reporter in December 2022, Rooney Mara (Ona) opens up about her experience of shooting on an actual farm. She said, “Being on the actual farm was amazing. It was beautiful and it was helpful to be on that farm and to imagine, ‘OK, this is where you’ve spent your entire life, out in nature.'”

Read More: Is Women Talking Based on a True Story?