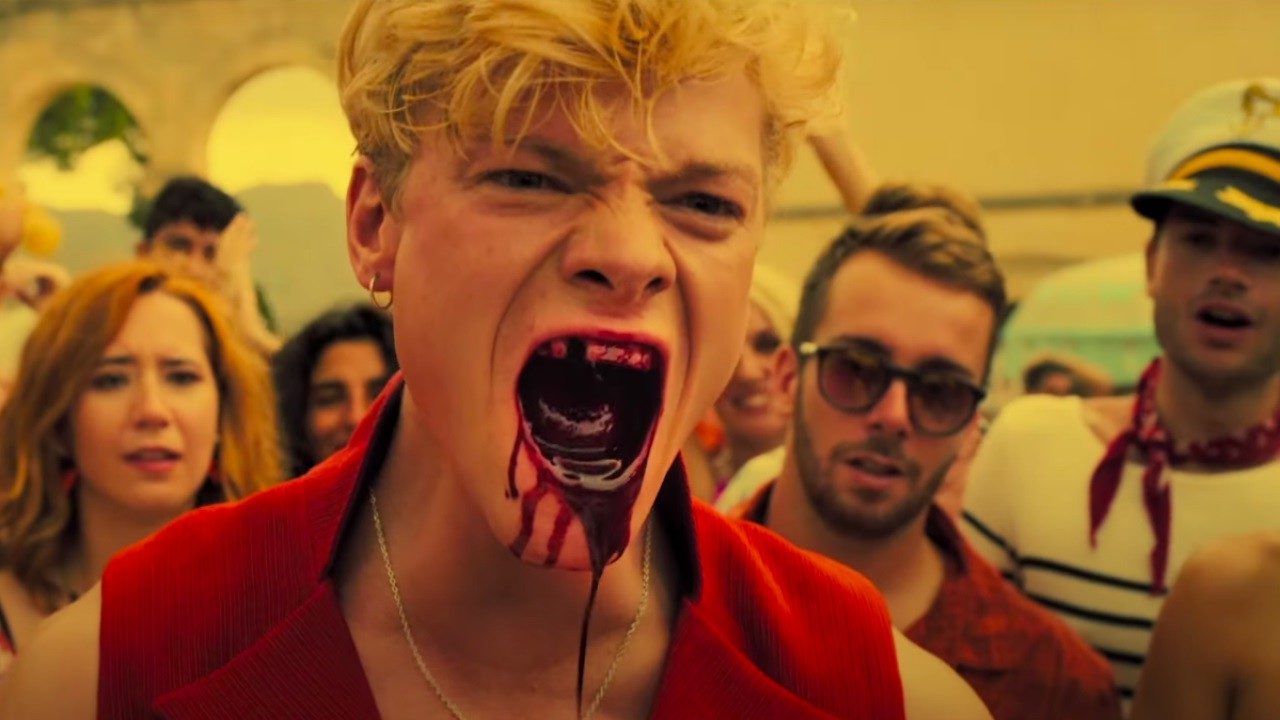 ‘White Lines’ is an Anglo-Spanish thriller that is created by the creator of ‘Money Heist,’ Alex Pina. The show revolves around a woman attempting to find out who killed her brother. The series craftily puts together a character-driven tale with enough twists and turns to make it as binge-able as ‘Money Heist.’ After a thoroughly engaging set of nine episodes, the finale does not disappoint as well. The revelations towards the end prove to be worth the long wait.

As mentioned earlier, ‘White Lines’ is a whodunit and revolves around the mystery surrounding the death of Axel Walker, an English DJ who moves to Ibiza. His body is found twenty years after his murder. Axel’s sister, Zoe, makes it her mission to find out who killed him.

Axel had shifted to Ibiza with his friends, David, Anna, and Marcus. Zoe had also visited Ibiza as a teen and knows Axel’s friends. At the start of the series, she stays with Marcus. Marcus has two daughters with Anna, but the couple has broken up. Anna is dating another man named George. Marcus is a drug peddler who buys drugs from two Romanian traffickers, Grigori and Yuri, and sells them at the clubs of Ibiza’s richest man: Andreu Calafat. However, after the Calafats temporarily order the drug suppliers to not deal at their clubs, Marcus finds himself in a spot as he does not have enough money to give the Romanians.

The Calafat family comprises of the head, Andreu, his wife- Conchita, his son- Oriol, and his daughter- Kika. Kika used to date Axel. Oriol was an acquaintance (for lack of better terminology) of Axel and was present at his (Axel’s) birthday party the night he had died. Moreover, Axel was also sleeping with Conchita. Hence, the Calafats are the prime suspects in Axel’s murder. Their head of security, Boxer, is another pivotal character.

Boxer ends up getting close to Zoe and helps her find the killer. The two also briefly have an affair, causing Zoe’s family back home to shatter. Before that, Zoe prematurely takes Marcus’ cocaine from his house and has to throw it away to avoid being caught by the police. This worsens Marcus’ situation as he was supposed to return the cocaine to the Romanians. Boxer helps Marcus by killing Grigori and Yuri as they had been threatening Marcus.

In the end, Axel’s killer is revealed. However, the season ends with Marcus trying to convince Andreu of getting into drug-dealing in Ibiza.

Many viewers must have wondered what the ending of ‘White Lines’ signifies and why Marcus tries to convince Andreu to get into drug-dealing. Well, in the final episode, Grigori’s and Yuri’s wives manage to get hold of Marcus and another drug peddler. They think that either one of them was responsible for the murder of Grigori and Yuri. Marcus manages to convince them that he did not kill Grigori and Yuri. The other drug supplier is killed. Then, the Romanian traffickers’ wives tell Marcus that he owes them over 200,000 Euros for the cocaine.

Marcus has just started dating Kika. He has been living in the Calafats’ mansion and has developed a good relationship with Andreu. Hence, it is safe to assume that one of Marcus’ motivations is to take care of his debt. This could also be a set up for the next season. There are two ways this can progress: either Marcus can pay the Romanians off, or he can use Andreu’s power to kick them off Ibiza. He does suggest to Andreu that there has been a power vacuum when it comes to drug trafficking in Ibiza and that the Romanians should be taken care of.

Who is Axel’s Killer?

In the final episode, the mystery surrounding Axel’s murder is resolved, and the revelation proves to be quite surprising. It turns out that it had been Anna! Anna had been having sex with Axel behind Marcus’ back since she had been attracted to his talent, fame, and charisma. However, Axel had started believing that he and his friends had become worse versions of themselves after coming to Ibiza. That is why he had sold all their clubs and the rights to his music to Oriol for a low sum of money. Then, he had burnt the money.

After his birthday party, Anna approaches Axel to have sex with him once more. Axel tells Anna that he burnt the money and that they should start afresh. This comes as quite a shock to Anna as she has embraced the wealthy, hard-partying lifestyle. However, that is not the reason she kills Axel (although it could have been a minor reason).

Axel had told Anna that she should tell Marcus about the two of them sleeping with each other. He had threatened to tell Marcus that himself if she wouldn’t. Scared of losing Marcus, Anna kills him. Moreover, she lies to Marcus, saying that she drowned him because of the money and that he did not resist. However, Axel does not turn out to be dead and regains consciousness. This happens when Anna and Marcus are out to bury his body. Upon seeing him alive, Anna stabs him with a screwdriver (in front of Marcus).

Anna tells Zoe that she killed Axel out of fear of losing Marcus. However, one can also assume that her motivation would have been a combination of losing the money and losing Marcus. Anna, after all, does not seem to be really respecting Marcus’ love. She marries George despite her not loving him more than Marcus because George is wealthy. Marcus and Anna’s own daughter tells Anna how she (Anna) had forced Marcus to buy a house they couldn’t afford when the two had been married.

Why is Anna Not Imprisoned?

Several viewers would have also wondered how Anna manages to get married without any obstructions despite having told Zoe about killing Axel. Does Zoe not report it to the police? Why does Anna not get taken by the police? Well, it wouldn’t matter even if Zoe reports Anna’s confession to the police. On the show, it is mentioned several times how a murder charge “expires” twenty years after the crime. That is, after twenty years of committing a murder, a murderer cannot be punished for their crime. That is the reason Anna is able to walk free despite having killed Axel. That is the reason Zoe’s dad attempts to kidnap Oriol and take him to Manchester. He thinks that Oriol is the one who had killed Axel and would not be punished under Spanish law.