Who Are Aes Sedai in The Wheel of Time? How Many Ajahs Are in Aes Sedai? 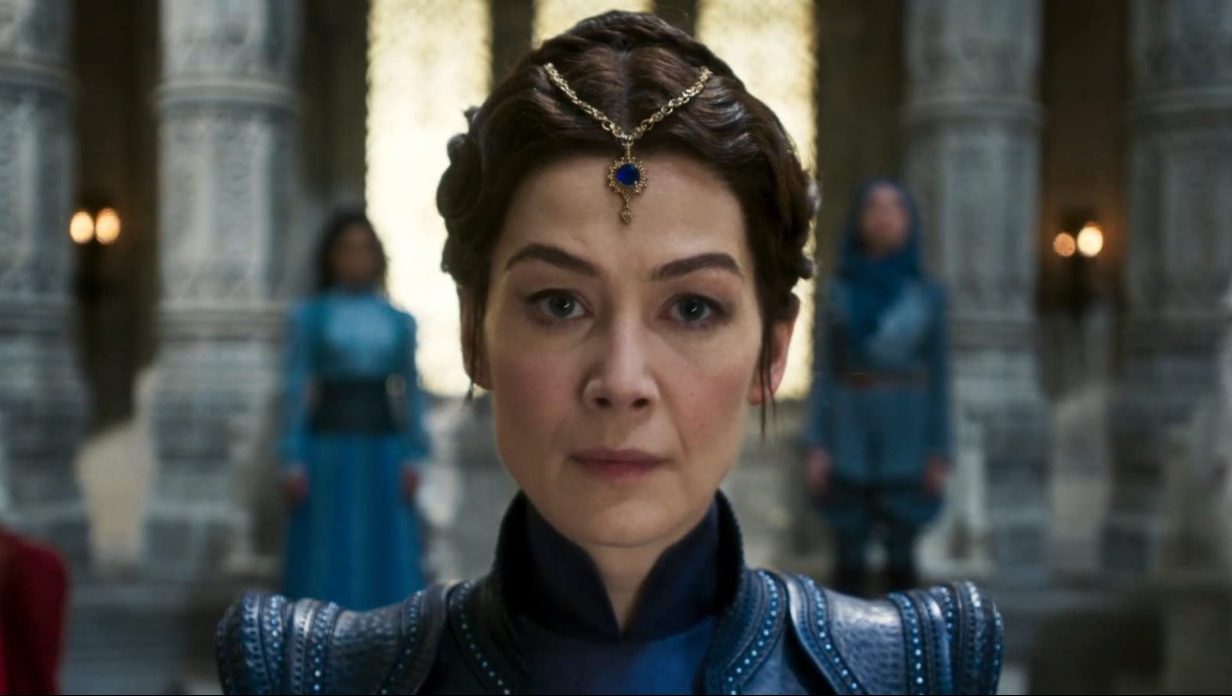 ‘The Wheel of Time’ follows Moiraine as she embarks on an epic journey to locate the Dragon Reborn — a legendary warrior prophesied to decide the fate of the world. As a member of the legendary order known as the Aes Sedai, Moiraine wields immense power but also lives by an unbreakable code. Her motives for tracking the Dragon Reborn, too, seem to be partly personal and partly inspired by the ancient group she represents. Essentially, most of the story of the high fantasy series is connected in some form or another to the Aes Sedai, so let’s get to know this mysterious order and how they function.

Who Are Aes Sedai?

In its current form, Aes Sedai is an organization of women who channel magical powers from the One Power, which stems from the undepletable source of energy known as the True Source. At one point, thousands of years ago, during the Age of Legends, the Aes Sedai consisted of both men and women, who drew magical energy from the two halves of the True Source — Saidar (women) and Saidin (men). However, following a tainting of the Saidin by the Dark One, all men were forced to give up their powers, lest they go insane by channeling the now-corrupted energy. 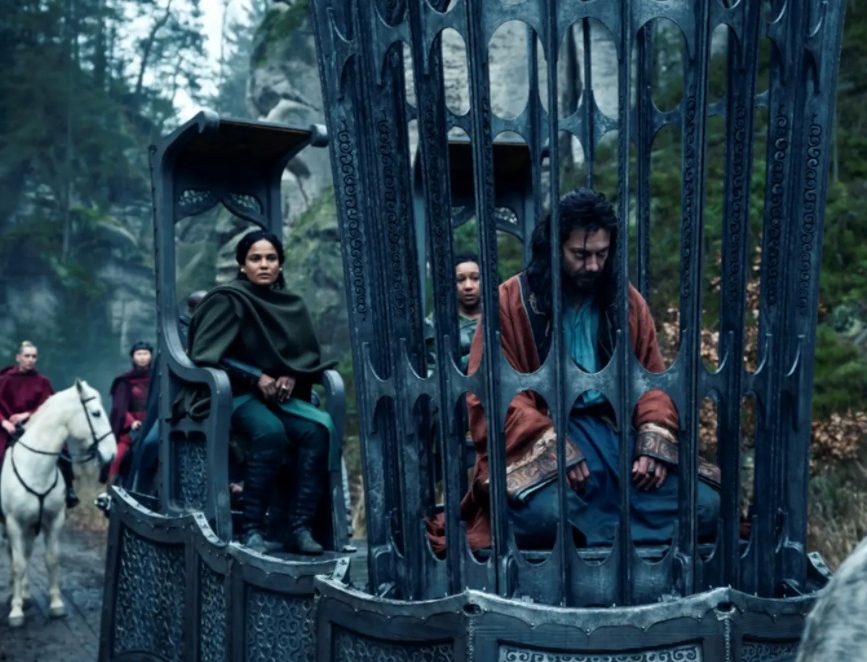 Whereas the show introduces us to only the basics of their long and convoluted history, Robert Jordan’s book series of the same name from which the television series is inspired paints a much more detailed picture. This helps us understand Aes Sedai’s complex motives and evolution as a key player in the fate of the Westlands. In their original form, before the tainting of the Saidin, members of the Aes Sedai were largely responsible for ushering in a golden age by helping humankind through experiments and healing. Their name literally translating to “Servant of All” in the Old Tongue, the Aes Sedai’s primary goal was to use their considerable powers to help all living beings. The most potent magic was also created when male and female members used their powers in tandem.

Now, with male channellers of magic posing a grave threat, to say nothing of the chaos brought about by the Dark One’s allies, the Aes Sedai’s objectives have become more self-serving. Their primary concern is the wellbeing and propagation of their organization, which is centered around the White Tower of Tar Valon. This has resulted in a further tainting of their image as humanity’s unconditional supporters, and the ancient magical group is now looked upon with suspicion.

Perhaps the best way to see the change in the character of the Aes Sedai is how they interact with their Three Oaths, which forbid them to lie, kill (except in self-defense), and forge weapons. To get around the first Oath, group members now practice a form of metaphorical speech that gives them a loophole to mislead people while technically not lying. As famously quoted by an Aes Sedai member in the books (and later echoed on the show by Moiraine): “An Aes Sedai never lies, but the truth she speaks may not be the truth you think you hear.”

How Many Ajahs Are in Aes Sedai?

The Aes Sedai are vast in number and, after undergoing training at the White Tower, are allowed to choose one of seven internal factions to be a part of. These factions, called “Ajahs,” each follow their own ideology and are dedicated to a particular task. They also have their own internal hierarchy and leader, and every Aes Sedai member is part of an Ajah with the exception of their leader, the Amyrlin, who is said to be “of all Ajahs and none.” 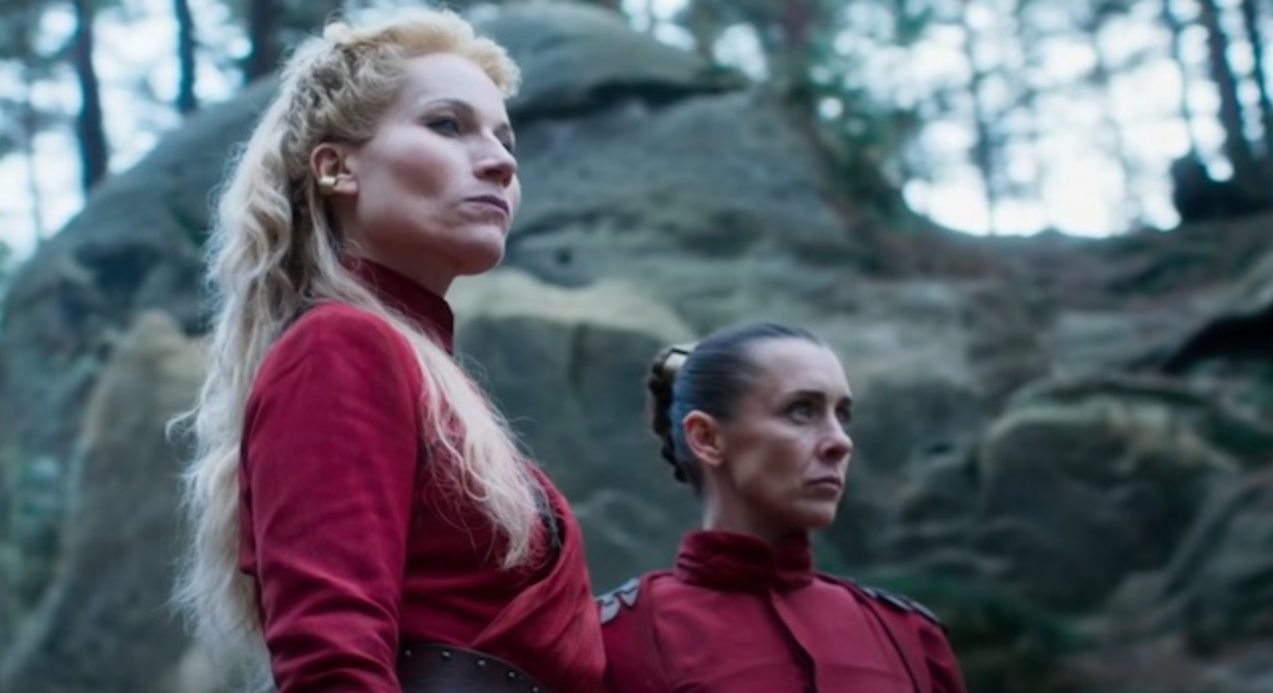 The largest Ajah, which (according to the books) contains a fifth of all Aes Sedai members (about 200), is the Red Ajah. Its members aim to prevent the misuse of the One Power and are especially watchful of any men who seem to have hints of magic. In the show, we see a group of the Red Ajah, led by Liandrin, who chase two men that claim to have magical powers, and later capture a man claiming to be the Dragon Reborn.

The Green Ajah awaits the Last Battle and is perhaps the most militaristic of the factions. Unlike other Ajahs, members of the Green Ajah take on multiple Warders to bolster their numbers and remain perpetually ready for the final confrontation against dark forces. Next, the Gray Ajah focuses on diplomacy and politics, while the Brown Ajah places the collection and preservation of knowledge above all else.

Members of the Yellow Ajah focus on the complex magical processes involved in healing, while the Blue Ajah centers around causes of righteousness and justice. The White Ajah, the smallest of the seven Ajahs, pursues logic and philosophy.

Finally, there is a secret eighth Black Ajah, whose members are actually Darkfriends that support the Dark One but remain in the Aes Sedai under the guise of being members of one of the other Ajahs. Additionally, there is significant friction amongst the various factions, and inter-Ajah politics form a considerable part of the functioning of the White Tower.