Netflix’s ‘Bling Empire’ is the latest addition to the long list of reality binge-watchable series’ on the streaming platform, and to say that it is a bit absurd and crazy, in the best possible way, might just be an understatement. Following the journey of Los Angeles’ affluent Asian and Asian American residents as they live out their day-to-day lives, this series is one that rains down on the Kardashian-Jenner vibes at every possible turn. Amongst them is none other than socialite Anna Shay, who made her private life even more mysterious by being mischievous. So, let’s find out all that there is to know about it, shall we?

Who Are Anna Shay’s Ex-Husbands? 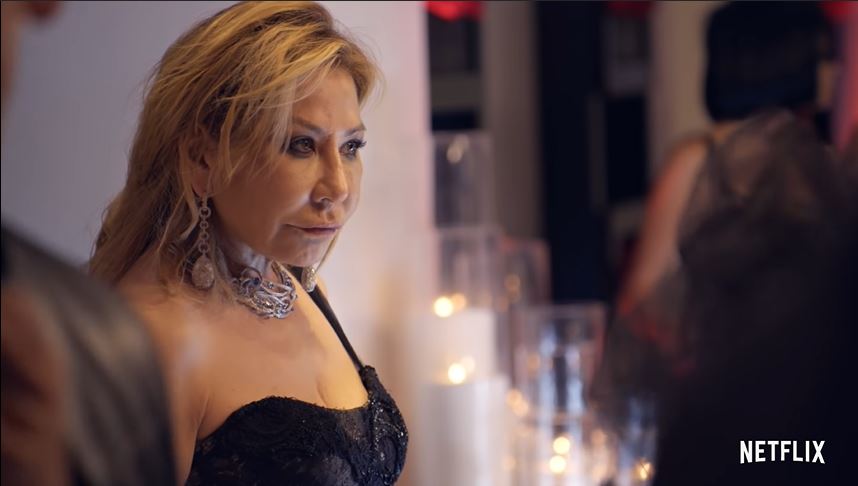 Anna Shay is the daughter of late billionaire entrepreneur Edward Albert Shay and his Japanese-American wife, Ai-San. She was born into more wealth than anyone can ever imagine. Her father founded Pacific Architects and Engineers (PAE) in 1955, a contractor company that manufactures and sells defense services that, at one point, specialized in top-secret work for the United Nations and the American government. But in 2006, Anna and her younger brother, Allen, sold their empire in an all-cash, $1.2 billion deal. And then, Anna went ahead to start living her life in the exact way she wanted to.

Anna is someone who has made it no secret that she has been married four times and divorced the same number of times as well, claiming their her separations with each of her husbands were almost as cordial as their relationships themselves. Surprisingly, though, it all seems to be accurate, especially as there are no public records of any backbiting or bitter, dragged out divorce battles under Anna’s name anywhere. In fact, this low-profile yet wildly wealthy socialite and philanthropist has lived up to her reputation by not even making her husbands’ names known to the media or any prying eyes.

Who Is Anna Shay’s Son?

The one person whom Anna Shay does not hide from anything or anyone is her only child, son Kenny Kemp, a now 27-year-old hardcore cannabis aficionado. After surrendering about a decade of her life to take care of him and their family, Anna realized that she only has one chance to experience the world, and she can’t do that freely if she’s acting like it’s all a dress rehearsal. So, as Kenny grew up, Anna let go of her inhibitions and learned how to manage the responsibility of being a mother and a socialite at the same time. And from the looks of it, she went beyond expectations while doing both jobs.

Kenny Kemp, the sole heir to hundreds of millions of dollars, is a self-described “passionate stoner” who even has a collection of designer bongs and one-of-a-kind glass pipes that he keeps and uses whenever the need for it arises. Most of these extensive and legally paid for pipes, pendants, marbles, and tubes, featuring psychedelic swirls, skulls, bones, fantasy creatures, and nostalgic characters, are kept at his mother’s place.

Whenever he wishes, Kemp can go there and take hit after hit of cannabis out of whatever he pleases, whether it be a black Glock or a suit-wearing monkey that holds a banana like a gun. As for what Kenny Kemp does or is excited to pursue later on in life, we, unfortunately, have no idea. That information is kept entirely private. What we do know about his life, though, is that he is currently in a serious relationship with a girl named Nikki Trivino, who he’s known and been with since around 2011.