Who Are The Hillside Stranglers? Are They Alive or Dead? 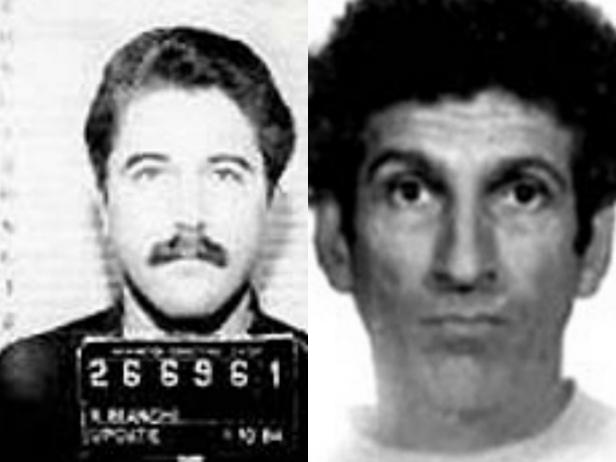 Netflix’s ‘Night Stalker: The Hunt for a Serial Killer’ is a limited series that puts the focus on how Richard Ramirez, who terrorized the state of California as the Night Stalker between 1984 and 1985, was apprehended and brought to justice. However, various other criminals and killers, like Charles Manson and the Hillside Stranglers, are also mentioned alongside him. Piquing our interest, we did a bit of digging on the latter and found out all that there is to know about them. And if you’re curious about the same, then read on!

Who Are The Hillside Stranglers?

“The Hillside Strangler” (later Stranglers) is the media moniker for not one but two American serial killers who introduced a reign of horror in Los Angeles between October 1977 and February 1978. This nickname originates from the fact that most of their victims were found nude and strangled to death in the hills surrounding the greater Los Angeles area. Initially, only one person was believed to be responsible for all the slayings, but from the evidence, the police knew that at least two people were working together. And eventually, they were identified as cousins Kenneth Bianchi and Angelo Buono Jr.

Kenneth Bianchi was born on May 22, 1951, in Rochester, New York, to an alcoholic prostitute who gave him up for adoption. As the only child of Nicholas and Frances Bianchi, it is reported that he was deeply troubled from a young age, going into trance-like daydreams and being a compulsive liar from the time he learned how to talk. Kenneth even had severe behavioral problems and was diagnosed with a passive-aggressive personality disorder at just 10-years-old. Moreover, despite having a high IQ, he was an underachiever, ultimately dropping out of college after one semester and moving to Los Angeles in the mid-1970s.

In Los Angeles, Kenneth started spending time with his older cousin, Frances’ nephew, Angelo Buono Jr., who proved to be a strong role model for him. Angelo, born to first-generation Italian emigrants from San Buono on October 5, 1934, was a self-described ladies man. Thus, when the pair was short of cash in 1977, Angelo convinced his younger cousin to get some girls, who he kept as virtual prisoners, to work for them as prostitutes. But soon, when their pimping income was gone, they escalated towards kidnapping, raping, torturing, and murdering a total of ten females (12 to 28-years-old) before their decisive arrest in early 1979.

Are The Hillside Stranglers Dead or Alive?

Kenneth Bianchi had left Los Angeles sometime after February 1978, just as the duo’s murder spree finished. He had fallen in love with a woman named Kelli Boyd and wanted her hand in marriage. However, Kelli wasn’t interested in a future with him and broke things off with him, moving to Washington to start afresh. Kenneth, desperate to win her back, followed her in May of 1978. But as time went on, the killer inside him became ravenous once again, and so, on January 11, 1979, Kenneth killed two young students at Western Washington University. Without Angelo helping him, though, he was sloppy and got caught the very next day.

The officers who apprehended Kenneth took one look at his California driver’s license and quickly realized that they had one half of the Hillside Strangler in custody. Therefore, they took their chances and threatened him with capital punishment, which worked out in the exact way they were hoping for, as Kenneth broke down and gave up Angelo Buono as his partner. In the end, Kenneth pleaded guilty to the Washington murders and five of the California murders, agreeing to testify against his cousin to avoid the death penalty. He consequently received the somewhat lenient sentence of six life terms in prison.

Angelo Buono, on the other hand, received life without parole after being convicted of nine counts of first-degree murder, assault, and rape. The judge on their case, though, made it no secret that he felt a death sentence would have been a more appropriate punishment. Angelo died of a heart attack at the age of 67, on September 21, 2002, while imprisoned at Calipatria State Prison in California. Nevertheless, Kenneth is still alive, currently serving out his sentence at Washington State Penitentiary in Walla Walla, Washington. His last request for parole, which was in 2010, was denied, but he will be eligible to apply for release once again in 2025.