Who is Anitta Dating? Who is in Her Family? 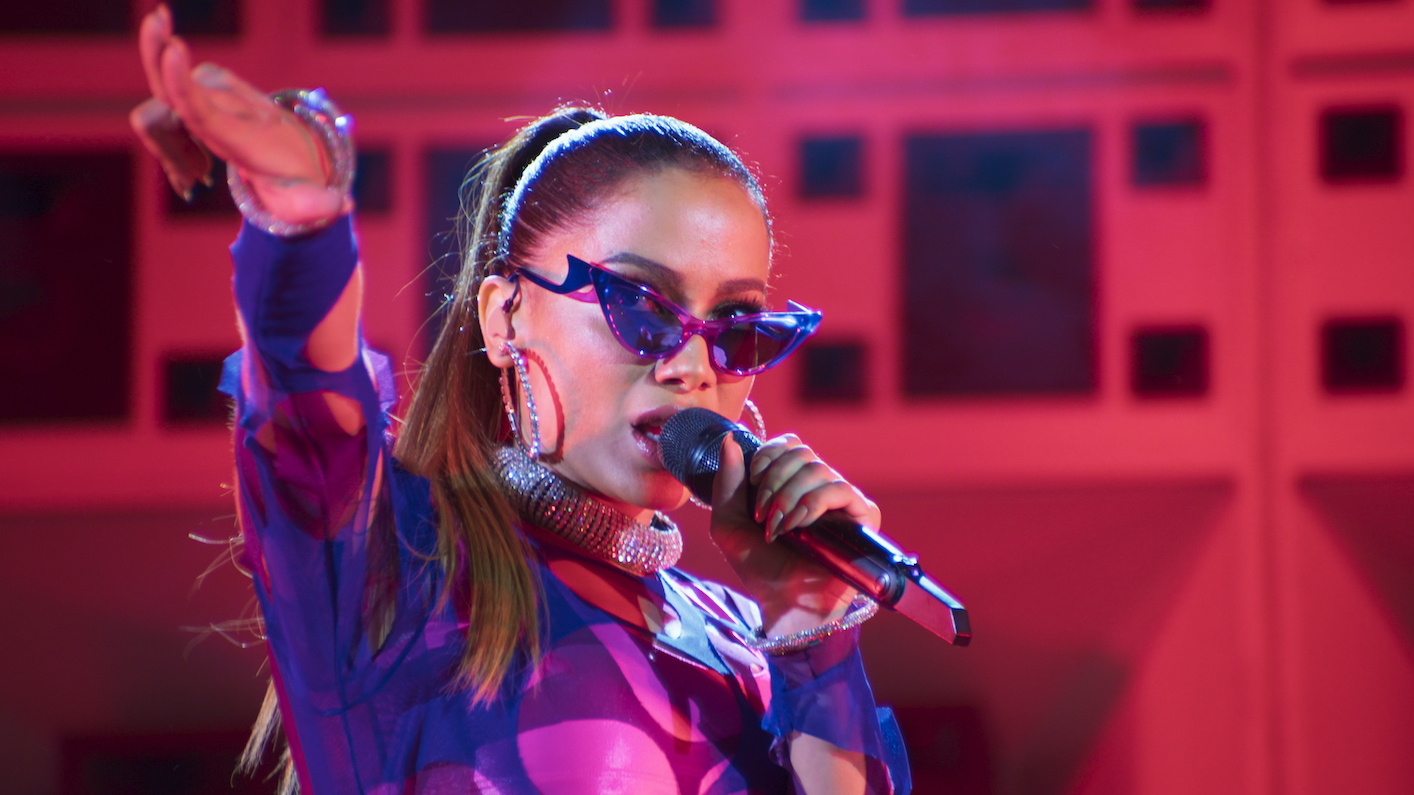 Anitta is an ultra-famous singer, songwriter, TV host, actress, and entrepreneur. The most-streamed Brazilian artist on Spotify got discovered as a stroke of luck by Renato Azevedo, a producer at the popular record label, Furacão 2000, in 2010 after watching a video of the reggaeton star singing on YouTube. She has put in every drop of her blood and sweat for the past decade into placing herself amongst the top singers of the global music industry.

The singer’s burgeoning career took flight after she signed a deal with Warner Music in 2013 and her debut pop song “Show das Poderosas” became a rage in Brazil. Anitta has collaborated with megastars like J Balvin, Ozuna, Maluma, Sofia Reyes, Rita Ora, Cardi B, and Becky G and is even counted among them. Her biographical docuseries, ‘Vai Anitta,’ which roughly translates to ‘Go Anitta,’ started to stream on Netflix from November 16, 2018.

Fans went gaga seeing the vulnerable side of her personality as it showed some cracks in her rock-solid public persona. A lot in her life has changed in the last two years, and precisely this forms the central premise of the follow-up edition of the Netflix documentary titled ‘Anitta: Made in Honório.’ Dropped on December 16, 2020, it exhibits various personal aspects of her life, making the audience feel like a “close friend” of the star. But what does her personal life entail?

Renowned by her stage name, Anitta, she was indeed born as Larissa de Macedo Machado in the Honório Gurgel neighborhood in the populous Rio de Janeiro, Brazil. The star was warmly welcomed into the world by her father, Mauro Machado, and mother, Míriam Macedo, on March 30, 1993. She often expresses her gratitude for her maternal grandparents, who motivated her to sing in the choir of Santa Luzia Church in Rio, and this is how she began her career at the age of 8. 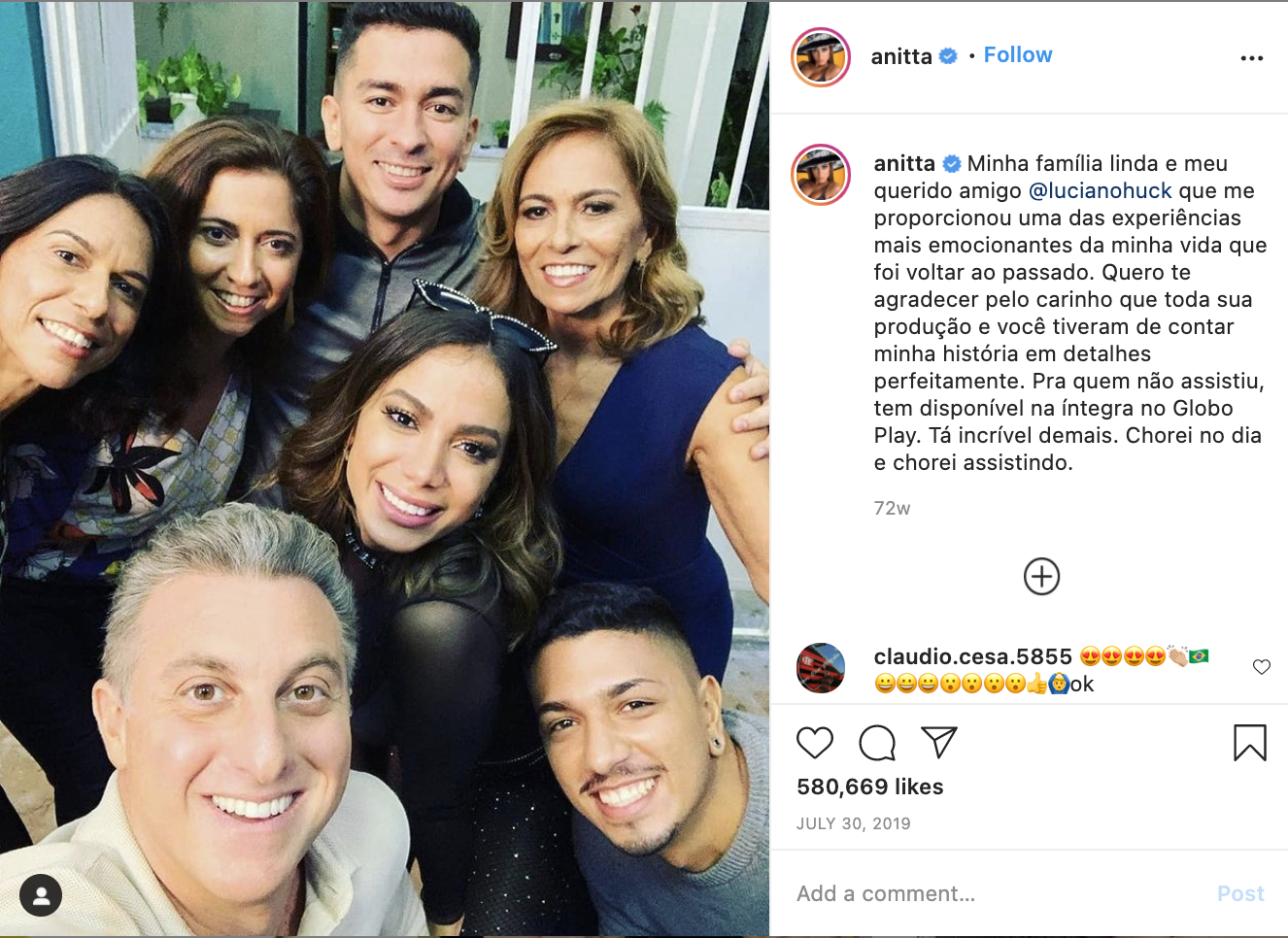 Anitta’s mother encouraged her to learn English, and so, she started taking classes for the language after turning 11 with the meager allowance she received. At 17, Anitta made up her mind to follow her passion for singing and pursue an artistic career against her father’s advice, who wanted her to study business administration. Though Míriam and Mauro were both extremely happy to have their mischievous and playful youngest daughter in their lives, it was the pop star’s mum who singlehandedly brought up Anitta and her brother, Renan Machado. 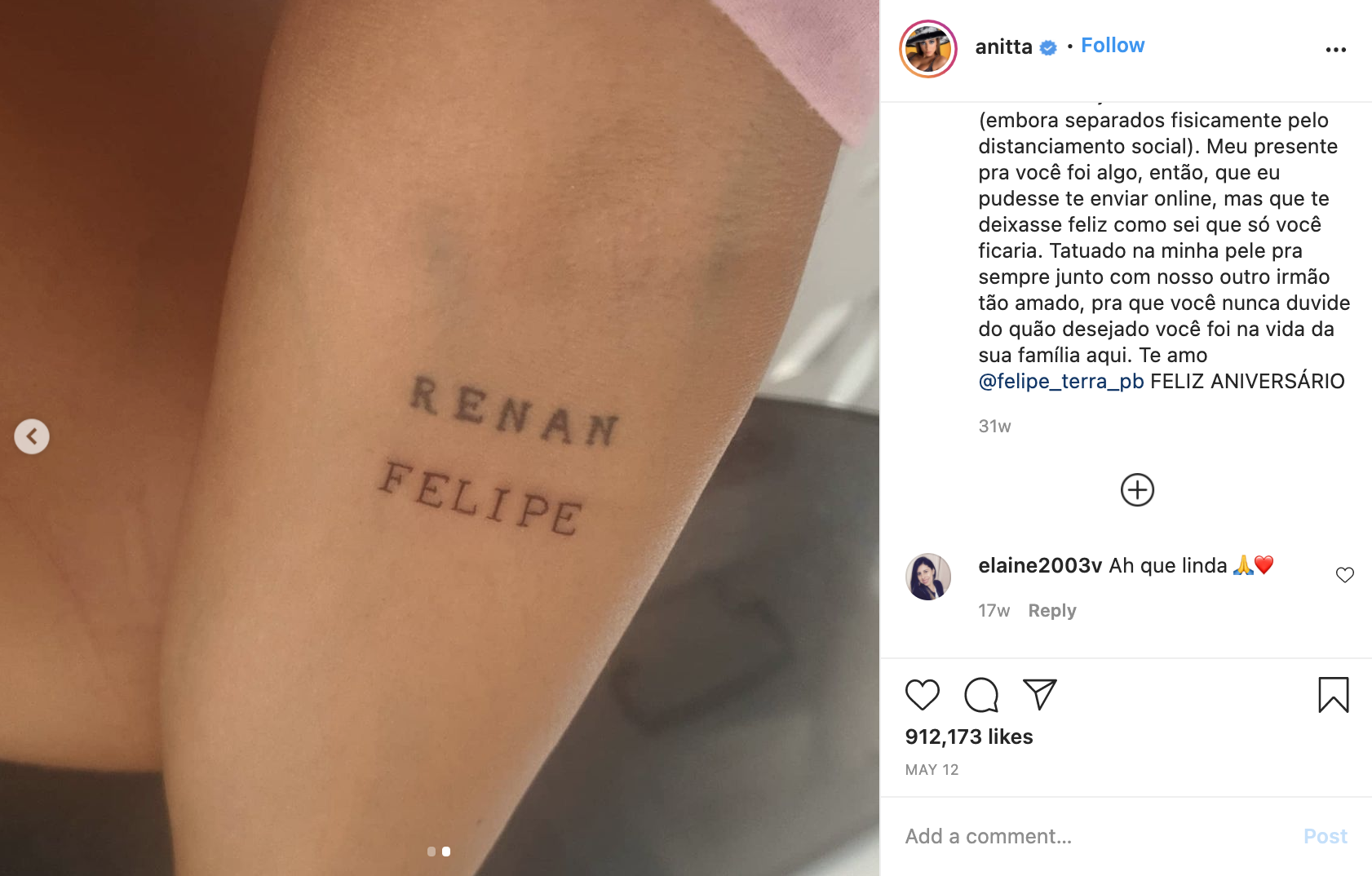 He endearingly acted as Anitta’s first DJ and chauffeur and still works with her as an artistic producer. The three family members have remained close-knit throughout as they rose from threadbare existence to international fame based on Anitta’s pure talent and out-and-out hard work. In the last part of 2019, she came to know that she had another brother, Felipe Terra, from her father’s side. The singer felt blessed to have an addition in the family after having confirmed the rumors (she read off a newspaper) and elatedly got a tattoo of his name (pictured above) next to the one she has of her first brother.

Amidst the many flings, Anitta has known to have been extremely serious about the following people. She started dating Diego Villanueva, famous as Mr. Thug, a Brazilian singer-songwriter and the lead singer of Bonde da Stronda, in early 2011. The star was only 18, and he 21, when they released a hot number “O Mundo para” with a plan to feature in a music video together. But they soon parted ways by the end of 2012, personally as well as professionally.

Anitta then had a passing romance with model and actor Pablo Morais during 2016. They kept it a secret for the longest time, but she let the cat out of the bag after posting a picture of them kissing. Though they were intimate for only two months, Pablo liked her so deeply that he even wished to introduce her to his mother. But the former couple called it quits after a nasty argument at Baile da Favorita, an annual party held in Rio de Janeiro. Anitta’s next move shocked the fans as without any public knowledge of the relationship, Anitta married Thiago Magalhães, a businessman, on November 17, 2017.

They two had only known each other since May of the same year and made the hasty decision to tie the knot in an intimate ceremony while she was in Amazon recording her music video for “Is That For Me.” After making tons of public appearances and sharing mushy pictures together, Anitta decided to end the marriage after ten months, that is, September 2018. She went on to have short spanned relationships with Pedro Scooby and Gabriel David, both of which ended within a few months.

In addition to flexing an illustrious career, Anitta has also stayed in the headlines for her ever-changing relationship status. Sadly, the 27-year-old has still not found the one despite being open to accepting love from anyone irrespective of their gender, background, or other specifications. An active supporter of the LGBTQIA+ community, she identifies herself as bisexual and has confessed that she loves kissing girls. Anitta’s last much-publicized relationship was with Gui Araújo, a television personality and host known for his appearance on MTV reality shows. 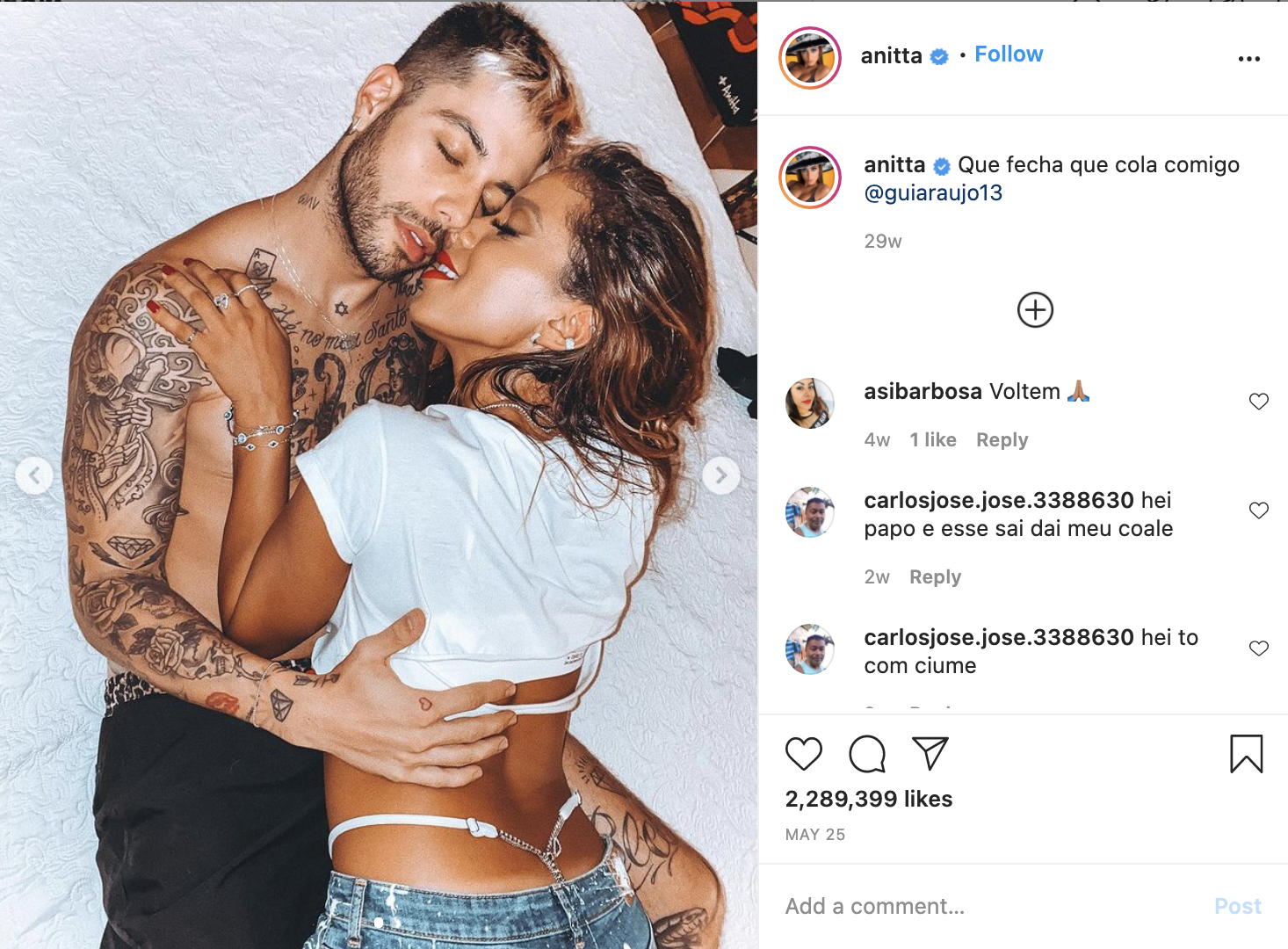 They started dating in May 2020, but their short-lived romance came to an abrupt end only one month later. Around the same time, the star also admitted to having a spicy affair with her longtime friend and Colombian singer, Maluma. Both had denied the rumors of a linkup, but she confirmed his being great in bed in a candid conversation around April 2020. Witnessing their strong on-stage chemistry, many of her fans still speculate a secret relationship between the two.

As far as her social media accounts are concerned, most of her posts after the pandemic hit the world have been about her songs, concerts, or business. The personal ones are purely family-related or her relishing a good time with the closest of her friends. Officially, Anitta is happily a single woman!

Read More: What is Anitta’s Net Worth?