Who is Jermaine Fowler Dating? 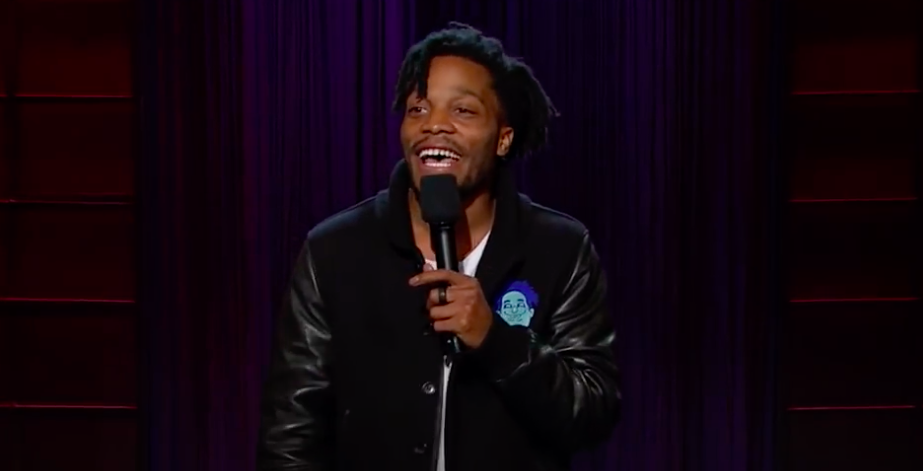 Known for playing Franco Wicks on the CBS sitcom ‘Superior Donuts,’ Jermaine Fowler is an actor, writer, and comedian. When he was 20-years-old, Fowler dropped out of college and decided to move to New York City to pursue comedy. He started his career by performing at open mics in Times Square. The talented artist’s breakthrough came in 2016 with his comedy special ‘Give ‘Em Hell Kid,’ which was listed as one of Variety’s Top 10 Comics to Watch.

After appearing in several films and shows like ‘Sorry to Bother You’ and ‘RuPaul’s Secret Celebrity Drag Race,’ Jermaine garnered acclaim for his performance as Mark Clark, a Black Panther member, in the biographical drama film, ‘Judas and the Black Messiah.’ He went to essay the character of Lavelle Junson in Eddie Murphy starrer film ‘Coming 2 America.’ In case you are curious to know more about Jermaine Fowler, we have got your back!

Born in Washington, D.C. in 1988 and raised in Hyattsville, Maryland, 32-year-old Fowler has three siblings, including a twin brother, Jerome Jr. Since Jerome Sr. and Marsha were young parents when they had Fowler, they gave the kids a relaxed upbringing and maintained their youthful sense of humor. Some years later, Jermaine’s mother came out as a lesbian, following which, his parents divorced. In the following years, Marsha married a woman with whom Fowler shares a good relationship. 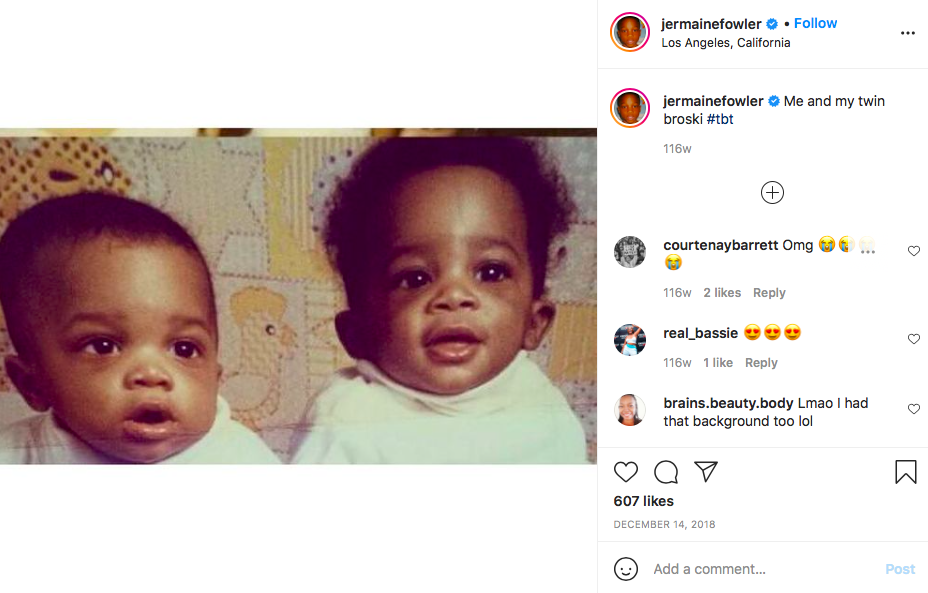 Sadly, his mother passed away in 2018, and his friend and regular collaborator, Kevin Barnett, a year later. Fowler was left devastated. He wanted to quit comedy and acting. “I wanted to quit life,” he said on Fast Company‘s podcast ‘Creative Conversation.’ His therapist encouraged him to reconnect with his late loved ones through art, and that changed his purpose behind telling jokes from simply making people laugh to connecting with their trauma and inspiring them to move on in life. 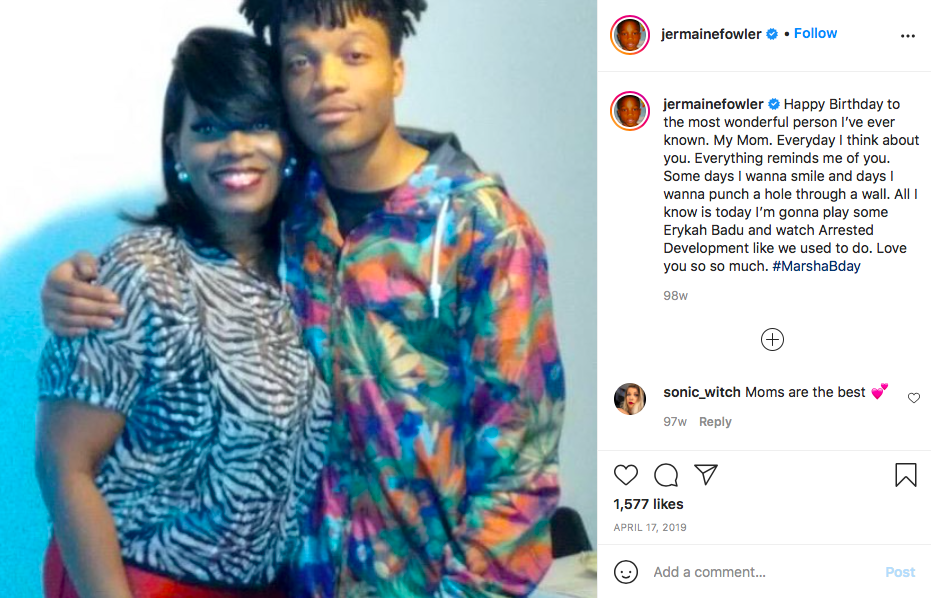 Jermaine Fowler realized in the 12th grade that his funny bones were a unique gift that could help him write comedy. Neither could his family afford the tuition, nor did he receive any grants for a college education. While on the lookout for a different career path, Fowler watched a DVD of ‘Eddie Murphie Law’ and immediately realized that he wanted to pursue stand-up. He moved to NYC with a DVD player, three bags of luggage, and a pair of shoes. After a period of hustling and struggling, success came gradually but surely.

Fowler collaborated with his friend Barnett to produce a YouTube comedy show that was a thinly veiled commentary on sexism and homophobia, and to their delight, it went viral. He began touring the country in 2012 for stand-up gigs. A year later, he was cast in MTV2’s ‘Guy Code’ and subsequently starred in ‘Friends of the People.’ In 2017, he became an executive producer and actor on ‘Superior Donuts’ and gained a recurring role on ‘Crashing.’ He also stars in ‘Coming 2 America,’ increasing fans’ interest in his personal life, including who he is dating. Here’s everything you need to know!

We are happy to note that Jermaine Fowler is in a loving relationship with Megan Heaster, his girlfriend. They live with their son and daughter in San Fernando Valley. Heaster, a makeup artist and painter, gave birth to their baby girl, Thebe Orion Fowler, on July 12, 2017. Two months later, the couple attended The Primetime Emmy Award ceremony together.

In a conversation with Forbes, Fowler said that he would teach his daughter to not be bogged down by negative criticism while pursuing her dreams. He emphasized the need to have a journey-oriented spirit rather than a goal-centric one. Working hard and following one’s dreams are the lessons Fowler hopes to impart to her. We couldn’t agree more!