Who is Joe Kenda’s Wife? Does Joe Kenda Have Kids? 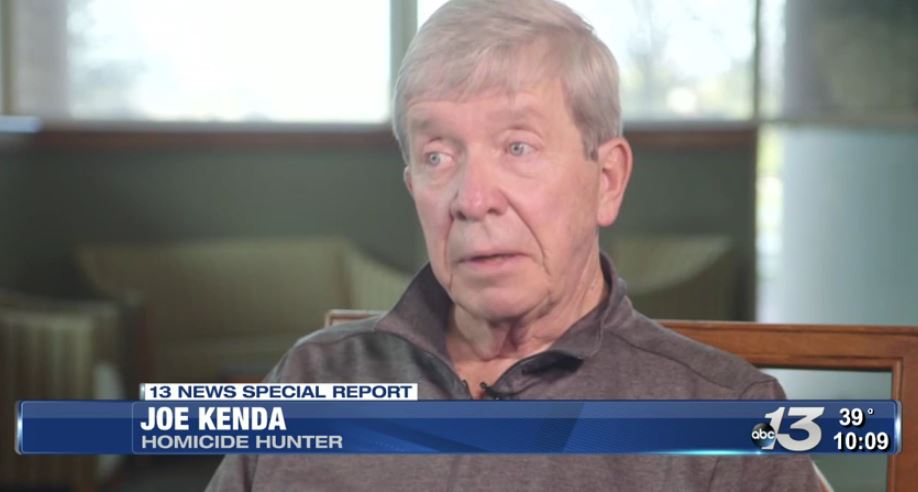 ‘Homicide Hunter: Joe Kenda’ from Investigation Discovery chronicles the career of retired Colorado Springs, Colorado, police department detective Joe Kenda. His career has been marked with 387 homicide cases of which he solved 356, giving him a closure rate of 92%. In the series, he retells the stories of the cases he solved. If you are curious to know about his family, his wife, and his children, we have you covered.

Who Is Joe Kenda’s Wife? How Did They Meet?

Joe Kenda is currently married to Mary Kathleen ‘Kathy’ Mohler Kenda. Mary Kenda is known for her dedicated attempts to stay away from the limelight, which has been brought on by a show starring the excellence of her own husband on Investigation Discovery. Hence, several details about her background, like her birthdate, are unknown. However, it is presumed that she is somewhat of the same age as her husband. Mary attended the Greensburg Central Catholic High School, the same high school as her husband. The two met during their high school years and have been in a relationship since then. They also attended the same college, the University of Pittsburg, where their relationship persisted. Mary, reportedly, has a bachelor’s of science in nursing but possesses a specialization degree in psychiatry. Joe earned a bachelor’s of art degree in Political Science from the University of Pittsburg, following which he pursued a master’s degree in International relations from The Ohio State University.

Eventually, the high school sweethearts tied the knot on December 26, 1967. The couple is still married even after over 50 years. Despite the struggles faced by the two, mostly due to Joe’s career as a detective, they are still going strong. Towards the end of Joe’s career, Mary reportedly became increasingly worried that the job posed an immense risk to her husband’s life. Joe worked with the Colorado Springs Police Department (CSPD) for more than 19 years. He said, “I loved the work. My wife- not so much” One day, Mary was distraught because Joe was investigating a rather dangerous case. He had left their residence at around six in the morning and had forgotten to call his wife for a very long time. “But the problem was that he never called me back to say that they had done the arrest, and this was a bad guy,” Kathy recalled in an interview. When Joe finally returned home, Mary demanded an explanation. Following this confrontation between Mary and Joe, the Kenda family moved to Falcon, Colorado in 1993.

Who Is In Joe Kenda’s Family? Who Are His Kids?

Joe Kenda’s present family comprises his wife, who has been in a relationship with him since high school, and their two children, Dan and Kris. Both of Joe’s children have been associated with services to the country. Daniel is a retired United States Navy commander while Kris is a retired United States Air Force major. The entire family appeared twice on Investigation Discovery’s ‘Homicide Hunter: Joe Kenda’ in a 2019 episode titled ‘Married to the Job’ and the series finale in 2020, ‘The End’.

Where Are Joe Kenda and His Wife Now?

Mary Kenda was living a regular life with her retired detective husband till in 2008, a producer in Denver by the name of Patrick Bryant birthed an idea for a show that would retell murder cases by incorporating the personal experience of a local police detective. Bryant failed to get a Denver police officer on board. He then approached Joe Kenda. The reason behind this choice was Kenda’s appearance on the nationally televised show ‘Turning Point’ with Diane Sawyer. Joe had promptly turned down the offer and ignored it. However, Mary found out about the show and implored Joe to call Bryant. Her constant insisting led Joe to call Bryant. This was the foundation for ‘Homicide Hunter: Joe Kenda’ which aired its first episode on October 25, 2011, on Investigation Discovery network. The series ended in 2020 with an episode that was graced by the appearances of all the Kenda family.

In 1990, Joe was an investigator for a case revolving around the murder of a woman named Dianne Hood. The killing occurred at a lupus support group meeting and the convict was an attacker who snatched Hood’s purse. Kenda described the case to be equivalent to a Hollywood plot, following which the case received significant recognition from media, entailing coverages from People magazine story and several books. A very unpleasant case directed Joe’s decision to retire and he says that the case still haunts him to this day.

After ‘Homicide Hunter: Joe Kenda’, Joe can be seen on another ID series called ‘American Detective’ that you can watch on Discovery Plus. Joe and Mary continue to lead a happy married life.