Who is Nailed It Host Nicole Byer? 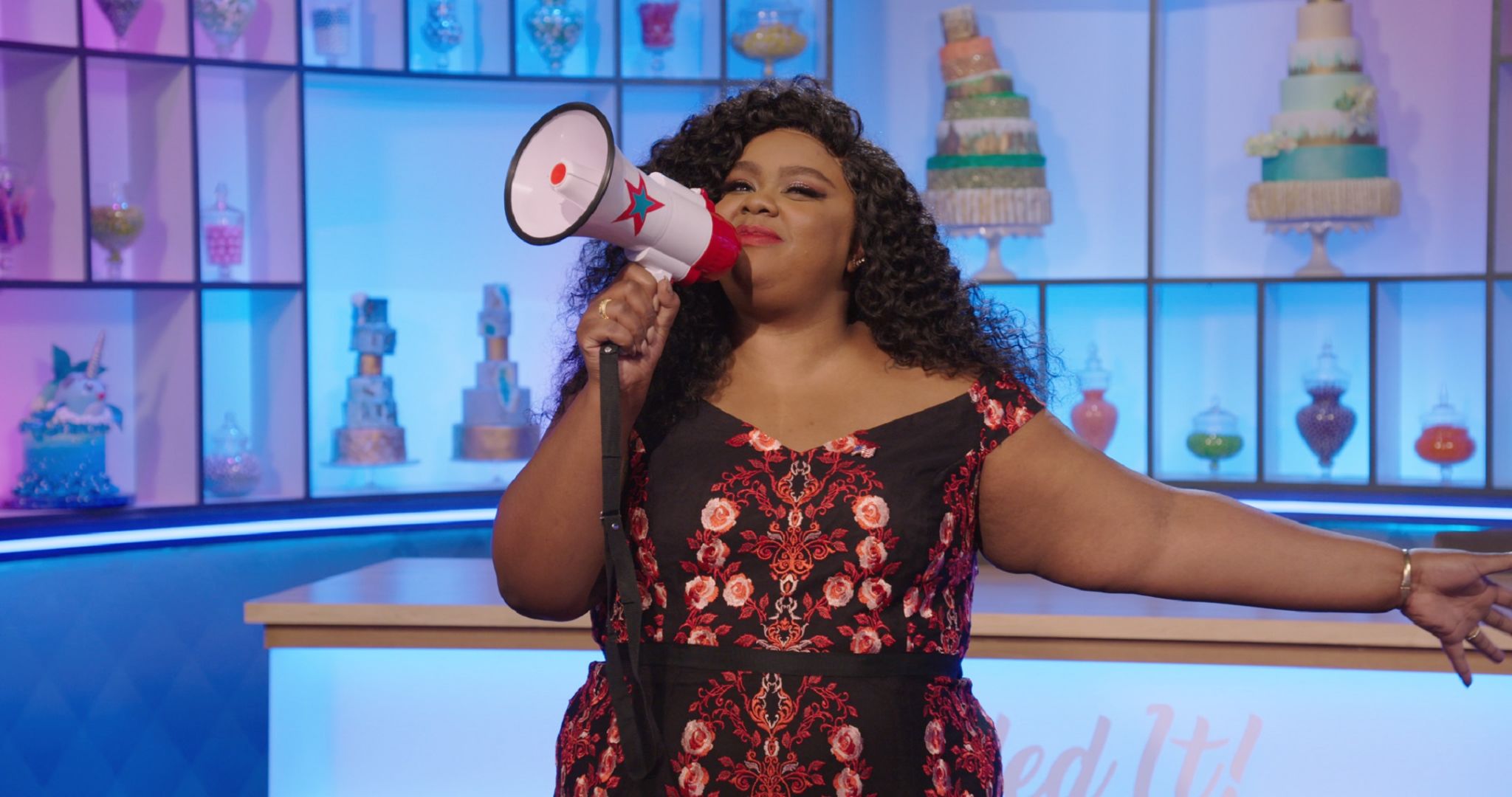 Nicole Byer is comedy gold. A hilarious stand-up comic, brilliant writer, and fantastic TV host, Nicole Byer has quickly climbed up the ranks to become one of the most loved comics today. This rib-tickling comic came into the spotlight in 2013, with her outstanding performance in the commentary series ‘Girl Code.’ Described as a little goofy but highly charming, her relatable, simple yet ridiculously witty comedy provided the launchpad for Nicole’s career to reach heights.

After proving her mettle in MTV’s ‘Girl Code,’ Nicole bagged the network’s hidden camera show ‘Ladylike’ in 2016, which further paved the way for her to star in her own show ‘Loosely Exactly Nicole,’ a single-camera comedy. Even though the show got canceled after one season, it gave Nicole the spotlight she needed to become a household name in comedy.

Since then, Nicole has also dabbled her foot in acting, hosting brilliant podcasts, and even authoring her first book, published in 2020. It was her immense talent, hard work, and brilliant performances that saw her co-host Netflix’s comedic bake-off series ‘Nailed It!’ in 2018. With such an impressive career, fans naturally are curious to know more about their favorite comedian. Let’s find out everything there is to know about Nicole Byer, shall we?

On August 29, 1986, Nicole was born in the Lincroft section of Middletown Township, New Jersey. Born in a close-knit family to Trevor Byer and Lillie Byer, Nichole is the youngest daughter in her family. When Nichole was just 16 and still in school, tragedy struck the young girl’s life, and she lost her mother. Her father, Trevor, who was a scientist at AT&T, breathed his last just six years later.

Nichole has often said that her parents’ deaths remain as unresolved traumas inside her, even though she distracts herself through her performance and therapy. After losing both her parents at such an early age, Nicole grew extremely close to her sister. To date, she shares an intimate and incredible bond with her. In 2004, Nicole graduated from Middletown High School South and moved to New York. In New York, she took classes at the improvisational and sketch comedy group Upright Citizens Brigade.

While a student in New York, Nicole also took to waitressing to make a living. While waitressing, she earned people’s praises for her personality and was even encouraged to become a comic. These comments were what propelled Nicole towards her comic career. Eight years later, in 2012, Nicole moved to Los Angles and then graduated from the American Musical and Dramatic Society, earning her a certificate degree in professional performance.

Nicole’s first foray into the mainstream entertainment industry was when she landed a gig as a Mo’Nique Lookalike in a 2012 episode of ’30 Rock.’ People noticed her excellent performance even in such a minor role. In 2013, she got her first lead role in ‘Pursuit of Sexiness,’ a web series she and fellow comedian Sasheer Zamata created for Upright Citizens Brigade. By then, Nicole knew that her ultimate calling lay in making people laugh, and thus she went on to provide her comedic zing to MTV’s ‘Are You the One? The Aftermatch Live’ when she was asked to host it in 2014.

From there on, there was no looking back for the talented comic as 2016 proved to be a significant year for her career. Her superb performance in ‘Girl Code,’ her comedic brilliance in ‘Ladylike,’ and her excellent performance in ‘Party Over Here’ were noted and praised unanimously. In 2016, MTV decided to premiere ‘Loosely Exactly Nicole’, which was a scripted, single-camera comedy written by and starring Nicole herself. Upon its release, the series became insanely popular, garnering a lot of praise. Even though MTV canceled the show after the first season, Facebook Watch came in and picked it up for a second season.

Nicole has also been known to dabble her foot in acting and is known for movies like ‘A Better You’ (2014), ‘Other People’ (2016), and ‘Bad Hair’ (2020). She also appears in a guest role in ‘Young & Hungry’ in 2017 and has lent her voice to animated shows like ‘BoJack Horseman’ and ‘Bob’s Burgers.’ In 2018, Netflix decided to offer her the chance to co-host ‘Nailed It!’ alongside chocolatier Jacques Torres. Presently, she seems to be having a blast filming ‘Nailed It!’ for which she earned an Emmy nomination for Outstanding Host for a Reality or Competition Program, becoming the first Black woman to be nominated in that category.

Nicole didn’t draw the line here, though, as she pushed on further and has launched and hosts 3 humorous and rib-tickling podcasts, namely, ‘Why Won’t You Date Me?’ (2017), ‘Best Friends’ (2019, with Sasheer Zamata), and ‘Newcomers’ (2020). She even published her first-ever book in 2020, titled, ‘#VERYFAT #VERYBRAVE: The Fat Girl’s Guide to Being #Brave and Not a Dejected, Melancholy, Down-in-the-Dumps Weeping Fat Girl in a Bikini’, which people unanimously loved.

In an interview with Conan O’Brien, Nicole Byer revealed that she had been married previously even though it was a sham marriage. Nicole explained that she was almost $30K in debt at that time and marrying for money seemed like a good idea. Her ex-husband, whom she has now divorced, was an Indian man in urgent need of a green card. Nicole also claimed that after marriage, she did not use the money to pay off her loans but instead used them for more improv comedy classes. She admitted that there was no love between her and her ex-husband.

After her first marriage, Nicole has openly spoken about her relationship, and we can assume that she is now single, as she has mentioned it often in her interviews. Some sources report that Nicole is searching for that special someone, and through her search, she spreads the message of body positivity, something she believes in very strongly. Nicole has also commented on her sexual orientation and mentioned that while she does not identify as straight, she is also uncomfortable with the labels of “bisexual” or “Queer.” She says that she identifies “as a person who just loves.”

Read More: Is Michelle Buteau Married? Does She Have Children?