Who is Olivia Culpo Dating? Who is Her Boyfriend? 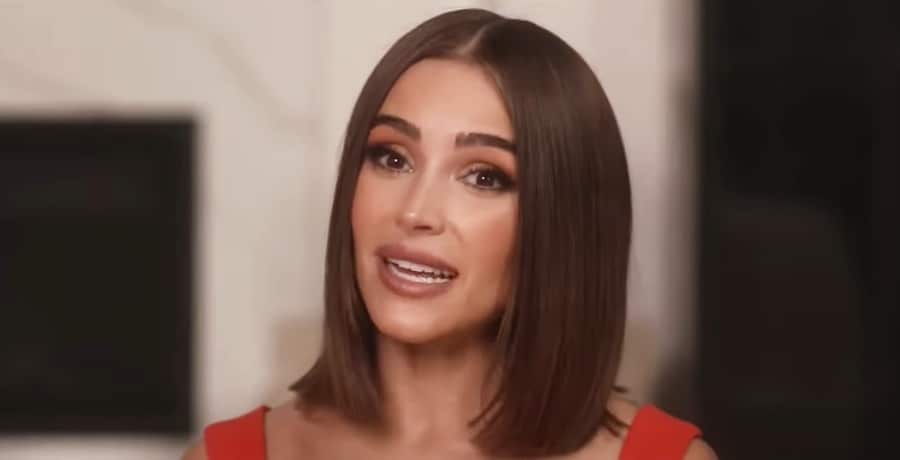 Former Miss Universe, model, social media influencer, and actress Olivia Culpo has gained significant fame since her modeling days. She has had quite a life after winning the 2012 Miss Rhode Island, after which she won the title of Miss USA and even Miss Universe. The successful public figure is of Irish and Italian descent and has collaborated with famous brands such as Kipling and L’Oreal. She has also graced the cover of ‘Sports Illustrated Swimsuit Issue’ more than once. Olivia made her film debut with a cameo in the 2014 film ‘The Other Woman,’ and went on to star in ‘I Feel Pretty, ‘Reprisal,’ and ‘Venus as a Boy.

Over the years, Olivia has also made appearances in ‘Hell’s Kitchen’ and ‘Paradise City.’ The dedicated fanbase of the fashion influencer adores her for her attractive persona and social media presence. Along with her two sisters, Aurora and Sophia Culpo, Olivia stars in TLC’s ‘The Culpo Sisters,’ which provides the viewers with an interesting preview into the personal lives of the Culpo Sisters. In the show, Olivia speaks about her life, ex-dating scene, and current dating situation. If you are curious to know about the romantic life of this gorgeous lady, you are in the right place. Let’s explore together.

Back in September 2012, reports of Olivia Culpo dating swimmer Ryan Lochte began doing the rounds as they were reportedly seen together. While Ryan stated he loved hanging out with her, the reality TV personality outrightly denied the rumors. She told Page Six, “We met last week, and that was it.” She added, “People make up things when they see people together. You can’t base it off of just meeting someone.” A few months later, in the summer of 2013, Olivia began dating the youngest Jonas brother, Nick Jonas. The stars met while Nick was hosting the Miss USA pageant in 2013.

Olivia also inspired the hit song “Jealous,” in which she also features. “I saw someone looking at her ass when we were out one night,” Jonas had told E! News. “It really upset me. The next day I went into the studio and wrote the song. So I got something good out of the experience even though in the moment it was frustrating.” The Disney alum had also serenaded Olivia during the 2014 Miss Universe pageant. The two seemed madly in love, and though their fans believed they’d be endgame, Olivia and Nick broke up over two years into their relationship in mid-2015.

The long-distance between Olivia and Nick reportedly weighed down their relationship, leading to the amicable split. Though Olivia was romantically linked to football player Tim Tebow in September 2015, in November of the same year, it was reported that they never dated. In early 2016, the star began seeing former NFL wide receiver Danny Amendola. They dated for nearly two years, but their relationship wasn’t devoid of tumultuous bumps.

Olivia and Danny broke up in March and November 2018, only to get back together again. However, their on-and-off relationship met its end after three years, as they broke up for good in April 2019. Having said that, it was anything but an amicable split, as Danny posted a long rant on his social media profile stating that the cause of the split was due to Olivia’s “fishbowl” lifestyle and her habit of posting everything on social media about their private life.

After the dramatic breakup with Danny Amendola in 2019, Olivia Culpo has been dating Christian McCaffrey, the football running back for the San Francisco 49ers, since June 2019. Interestingly, the two were set up by Olivia’s best friends, Kristen and Tyler. Though she had her apprehensions about seeing the football player, Christian’s vulnerable and sweet nature won Olivia over, and the rest is history! They have been standing beside each other for over three years. Thus, it’s no surprise that Olivia is spotted in most of the games of the San Francisco 49ers player.

Olivia and Christian spent the COVID-19 pandemic together, during which they got a puppy. The pair made the best of the pandemic situation, where they also hosted a prom in May 2020 with their respective families. Olivia’s 26-year-old partner reported that he would not be in the series but loves Olivia and supports her entirely. In June 2021, the two went on a double-datecation with her sister, Sophia Culpo, and her boyfriend, Braxton Berrios, where they spent time together in St. Barts.

In November 2022, Olivia opened up about breaking her “no athletes ever again” rule with Christian. She told Entertainment Tonight, “He’s just the best, I feel like he is really everything that I could ever ask for. So I never have to worry about anything. I think that was the reason why I didn’t want to date an athlete, no offense because there is a reputation there.” Olivia added that they’d think about starting a family in the next two or three years. As of today, the two are focused on their respective careers and supporting each other to be better. We wish the love between them never fades but grows with each passing day.

Read More: Who is Sophia Culpo Dating? Who is Her Boyfriend?