Who is Sophia Culpo Dating? Who is Her Boyfriend? 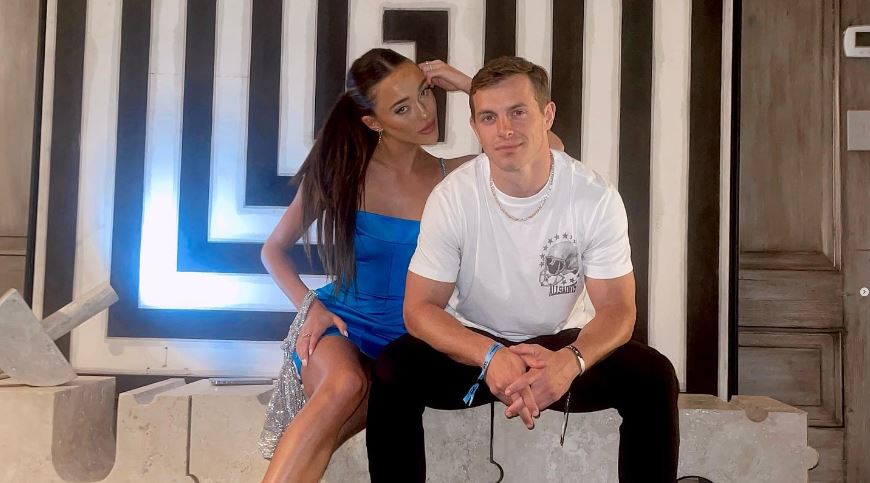 Model and reality TV star Sophia Culpo has gained much popularity after starring in TLC’s show, ‘The Culpo Sisters,’ that star the three Culpo sisters — Olivia, Aurora, and Sophia herself. It offers the viewers an exclusive entry into the daily life of the celebrity sisters, wherein they open up about their personal and professional lives. Despite being the sister of former Miss Universe, model, and actor Olivia Culpo, Sophia has successfully established her identity as a model and a social media personality.

Due to her attractive personality, the 26-year-old has gathered a massive fanbase and also won hearts worldwide with her engaging social media content. Fans of this super-talented reality star have been following the show very closely and are eager to know about the lucky man Sophia is dating. Here’s everything we know about Sophia’s personal life.

Sophia Culpo was born in Rhode Island and is of Italian and Irish descent. Her father, Peter Culpo, is a restaurateur, while her mother, Susan Curran Culpo, is a homemaker. She is the youngest daughter of her parents and grew up in the neighborhood of Edgewood alongside two elder sisters, Olivia and Aurora, and two elder brothers, Peter Jr. and Gus.

With a Bachelor’s degree in Nutrition, Sophia prioritizes her fitness and is a gut health enthusiast. It is reported that she lives in New Jersey and focuses on her on and off-screen career. She is currently working with famous brands such as Savage x Fenty, Neon Hope, Revolve, and Beauty Corner. She was also featured on the cover page of the magazine Daily Front Row. The star runs a business with her sisters and aims to start her brand of natural ingredients, skin-care products, health supplements, nutrition cars, and whole-food products.

Sophia Culpo is very open about her loving relationship with Braxton Berrios, an NFL wide receiver for the New York Jets, whom she has been dating for over a year. The 27-year-old is enjoying a successful career in football. In addition to being a standout athlete at Raleigh, North Carolina’s Leesville Road High School, where he played quarterback, Braxton competed in college football in Miami. The football player was chosen in the sixth round of the 2018 NFL Draft by the New England Patriots.

Sophia and Braxton have an interesting journey to becoming lovers. Sophia revealed that they had crossed paths several times in the past, including “random run-ins” that included the bachelorette party of her sister, Aurora. They reportedly moved in together in New Jersey months after Sophia made their relationship official on Valentine’s Day in 2021. The beautiful couple celebrates each other’s victory like best friends.

Talking about how they love spending time with each other, Sophia told E! News, “We love to cook with each other at the end of the night. I studied nutrition so I like to try and maintain a healthy, balanced lifestyle and we love to cook together and go on walks together. And then at night, we always pick a show and chill out at the end of the night especially during the season when he’s really tired.”

When asked about her boyfriend and their relationship, Sophia said, “I have to say, meeting my boyfriend, he’s been a major source of support for me because he’s truly like my best friend, and I can tell him anything, and he’ll see me with 10,000 zits on my face and still think I’m beautiful.” The two seem to be madly in love with each other. Sophia truly appreciates him and does not hesitate to express that on her social media accounts.

The star can be seen cheering her boyfriend at all his games. Sophia admitted that Braxton is the reason she has fallen in love with football. In June 2021, Sophia and Braxton basked in the sun in open waters during their double-datecation with sister, Olivia Culpo, and her boyfriend, Christian McCaffrey, in St. Barts. Taking everything we know into account, we are happy to inform you that Sophia is leading a happy life with her boyfriend, Braxton Berrios, and we wish the pair all the success in the future.

Read More: Who is Olivia Culpo Dating? Who is Her Boyfriend?