Who is Princess Anne in ‘The Crown’? 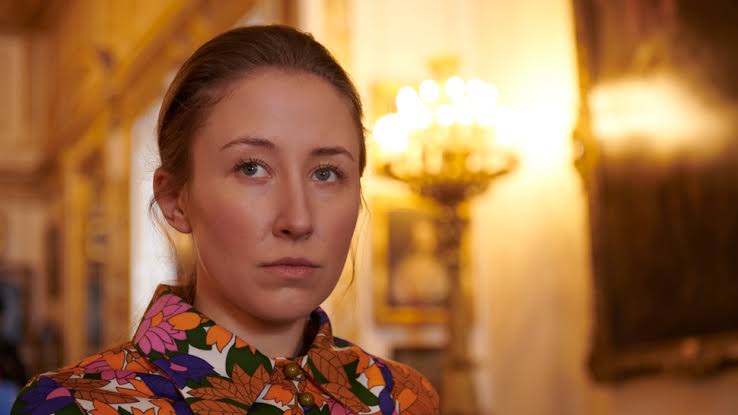 What is royalty without scandals? Take any royal family in the world, and you’ll barely be able to find one that has not fueled gossip amongst its subjects. Perhaps, this is what makes everyone so fascinated by them. Having an affair is one thing; having an affair with a crown on your head is another. The royal family of Britain has had its fair share of all of it, over the course of its multiple generations. And this is what Netflix’s ‘The Crown’ focuses on.

Though it mainly concerns itself with the duties of the monarch and all the things that have happened in her unbelievably long reign, the show just can’t ignore the affairs that almost every member seems to have indulged in, except the Queen. In its third season, the story moves beyond the young years of the Queen and begins to shift focus towards the new line of royals, which means we get to see more and more of Prince Charles and Princess Anne.

While everyone knows about Prince Charles, primarily due to his marriage and then a controversial divorce with Princess Diana, Princess Anne has managed to stay out of the limelight. Of course, people back then had tried to follow her love life, trying to keep tabs on the people she was meeting and dating, and speculating on whom she would eventually marry. However, she managed to keep her life as least scandalous as possible. If you haven’t yet seen ‘The Crown’, head over to Netflix. SPOILERS AHEAD!

Who is Princess Anne?

Princess Anne, also referred to as Princess Royal, is the second child of the Queen of England and the Duke of Edinburgh. As of now, she is fourteenth in line for the throne. She is known for being the patron of hundreds of charitable organizations, and is, in fact, the first British royal to compete in Olympics. She is a talented woman who is indulged in all sorts of works, but that is not what ‘The Crown’ focuses on.

Her introduction in the show presents her as the most unpretentious royal of them all, which is why her father thinks that she would be best suited to give an interview to a man who doesn’t find their royalty worth the taxpayers’ money. We get to see exactly how not indulged she is in the affairs of the Crown, but we do get a glimpse of her wit and intelligence through her encounters, and especially in making the choice of her grandmother to give the interview that saves her family after the documentary.

The show mainly focuses on her affair with Andrew Parker Bowles, and once her character’s purpose is served the timeline quickly moves on from her storyline. Here are the things that ‘The Crown’ didn’t show about her. Even though Bowles was her first boyfriend, things were clearly not serious between them. As she says, in the show, she was just having fun and wasn’t so heartbroken about Bowles’ marriage with Shand. Moreover, because Bowles was Catholic, their marriage would not have been possible back then.

Shortly after this, she met Captain Mark Phillips. Both of them were horse enthusiasts and actually met at a party that entertained their likes. They got married in 1973, and had two children. But things didn’t stay so good between them for long. Both of them were indulged in extramarital affairs, and this eventually led to their divorce in 1992.

A few months later, Anne married Timothy Laurence, the man whom she had had an affair with. Laurence was the equerry for the Queen, which actually marks down a specific type for her. They had met in 1989 and wrote a number of letters to each other. Their secret correspondence had been published by a newspaper, which further pushed her to break-off her first marriage. But she is more content and settled in her second marriage, and it has been smooth sailing for her since then.

While Princess Anne got out of the relationship with Andrew Parker Bowles, her brother continued to be a part of a complicated love triangle for a long time. Prince Charles and Camilla Shand had a brief affair while Bowles was with Anne. This arrangement soon broke up, and Bowles and Shand got married in 1973. They had two children, and as happened in Anne’s marriage, here as well, both the parties were indulged in affairs. They divorced in 1995. By then Charles and Camilla’s affair had become common knowledge and the Prince, too, got divorced from Princess Diana. Bowles is known to have had many affairs while he was still married, but after the divorce, he settled down with Rosemary Pitman.

Princess Anne and Duchess of Cornwall, Camilla, are known to have amicable relationships with Bowles, who is now a widower. His wife died of cancer in 2010.

Read More: Who is Anthony Blunt?