Who is Queen Charlotte in Bridgerton? Was She a Real Queen? 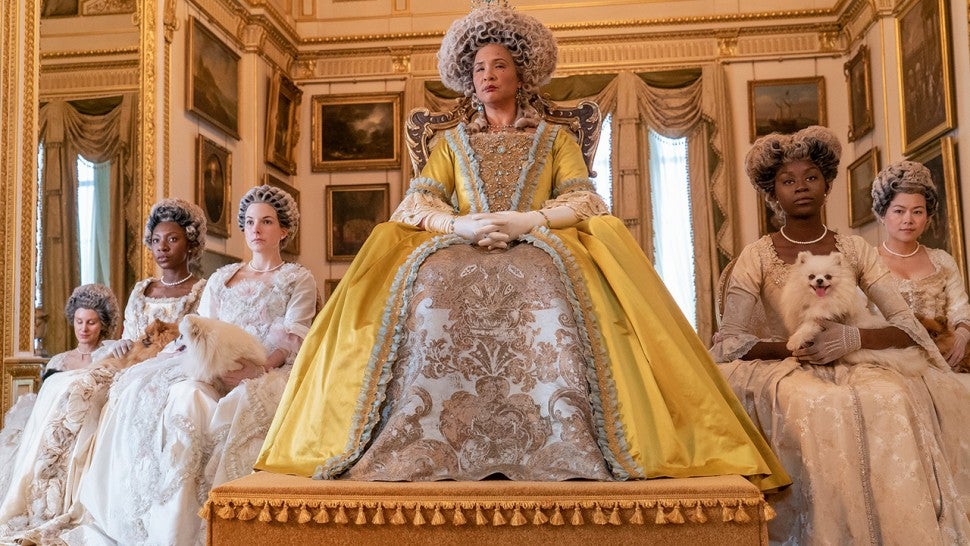 ‘Bridgerton’, Shonda Rhimes’ marvelously luxe entry into Netflix, is a period romance that centers on the 19th-century aristocracy. The story revolves around a prominent and prolific family – the Bridgertons – as they navigate their way through London’s beau monde in their quest for true love on the competitive marriage mart. At the center of things is Daphne Bridgerton, a beautiful young debutante who finds herself in a scandalous tangle with Simon Basset, the Duke of Hastings, when he proposes a ruse to fake a courtship so that he may seem unavailable to the society and she can be put on the radar of other eligible gentlemen.

Watching their passionate romance unfold is a Regency-era high society Gossip Girl, Lady Whistledown, who loves to dish on the gentry in her wildly popular scandal sheet. One of Whistledown’s more prominent readers is none other than Charlotte, the Queen of England herself. A woman of color who married above her station and elevated the others of her community to the ranks of dukes and earls, effectively eradicating racism in the imagined world of ‘Bridgerton‘, Queen Charlotte is depicted as a bored monarch who is constantly looking for a distraction. But is the Queen’s character based on a real person? Was Queen Charlotte an actual monarch? And was she really a woman of color as in the show? Let’s find out.

Who is Queen Charlotte in Bridgerton?

Queen Charlotte is the reigning monarch in ‘Bridgerton’, in the year 1813. While she waits for her beloved husband to succumb to his growing insanity and pass away, she looks for different things to distract and entertain her. When Lady Whistledown starts publishing her gossip column, the Queen (like the rest of the ton) gets addicted to it, devouring it for more on-dits on London’s elite. Daphne Bridgerton specifically catches the Queen’s interest when she makes her debut in society at the start of the season. The Queen, taken by Daphne’s wide-eyed beauty, pronounces her “flawless” at Daphne’s coming-out ceremony. From there on, Queen Charlotte is always very interested in Daphne’s hunt for the perfect husband, even interfering at times. 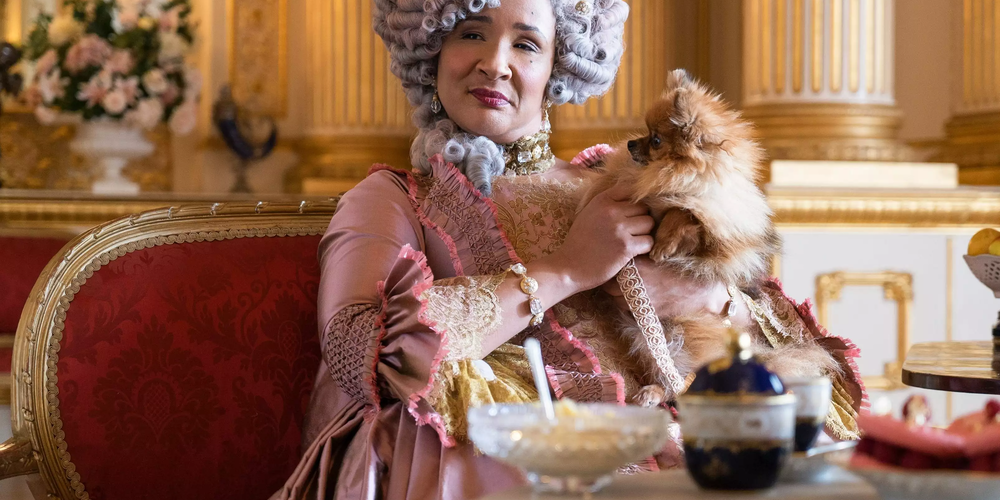 When Nigel Berbrooke is after Daphne to marry him, the Queen invites Lady Bridgerton (Daphne’s mother) to tea and makes it clear that Daphne cannot marry the likes of lowly Lord Berbrooke. The Queen also introduces another eligible suitor to vie for Daphne’s hand, her own nephew Friedrich, the Prince of Prussia. She is miffed, taking it as a personal affront when Daphne chooses Simon over Prince Friedrich but is moved when Simon convinces her of their love. The Queen also becomes obsessed with trying to uncover the real identity of Lady Whistledown. Personally, Queen Charlotte is in a heartwrenching situation where her husband, the King who she loves very much, is losing his sensibilities and is mostly unable to recognize her. Though based on an actual monarch, Queen Charlotte’s character in ‘Bridgerton’ is somewhat fictionalized.

Was Queen Charlotte a Real Queen? Was She Black or White?

Yes, Queen Charlotte was very much a real queen – the royal consort of King George III. She was born Charlotte of Mecklenburg-Strelitz in 1744, the youngest daughter of Duke Carl Ludwig Friedrich of Mecklenburg and his wife Princess Elisabeth Albertine of Saxe-Hildburghausen. It is now widely believed by some historians that she was, in fact, Britain’s first Black queen having African ancestry.

Charlotte was a 17-year-old German princess who made her way to England to wed King George III, who is famous for losing the American colonies in the American Revolution and for his descent into insanity towards the end of his reign. Historian Mario De Valdes y Cocom, in his extensive research on her genealogy, argues that Charlotte is the direct descendant of a Black branch of the Portuguese royal family – Alfonso III and his mistress, Ouruana, a Black Moor.

Valdes claims that in the 13th century, Alfonso III of Portugal conquered a small town called Faro from the Moors and took the governor’s daughter (a black woman) as a lover. According to his research, one of the illegitimate children from their union, Martin Alfonso, managed to marry into the noble de Sousa family, which also had Black ancestry. And, therefore, Charlotte had African blood from both sides of her family. You can read more about Queen Charlotte (who may have been biracial) here.

The historian, Valdes, began researching Queen Charlotte’s African ancestry in 1967. He found that the royal physician, Baron Christian Friedrich Stockmar, had once described Charlotte’s physical features as “small and crooked, with a true mulatto face.” Valdes also found other such descriptions of her physical attributes, including Sir Walter Scott’s claim that she was “ill-colored.” Valdes was also very fascinated by official portraits of Queen Charlotte, in which her facial features are markedly African, despite the white coloring (which could be because it was fashionable back then to heavily powder one’s face). Because the royal family has never confirmed this, Queen Charlotte’s black ancestry remains an unproven hypothesis. Since the events in ‘Bridgerton’ are pure fiction, based on Julia Quinn’s novels of the same name, it can be assumed that the Queen’s character, though based on a real person, is fictionalized to fit the storyline. She may have been biracial, but the real Queen Charlotte did not end racism in England, as is shown in the show.