Who is the Gypsy Woman? Is She Based on a Real Person? Was She Dan’s Lover? 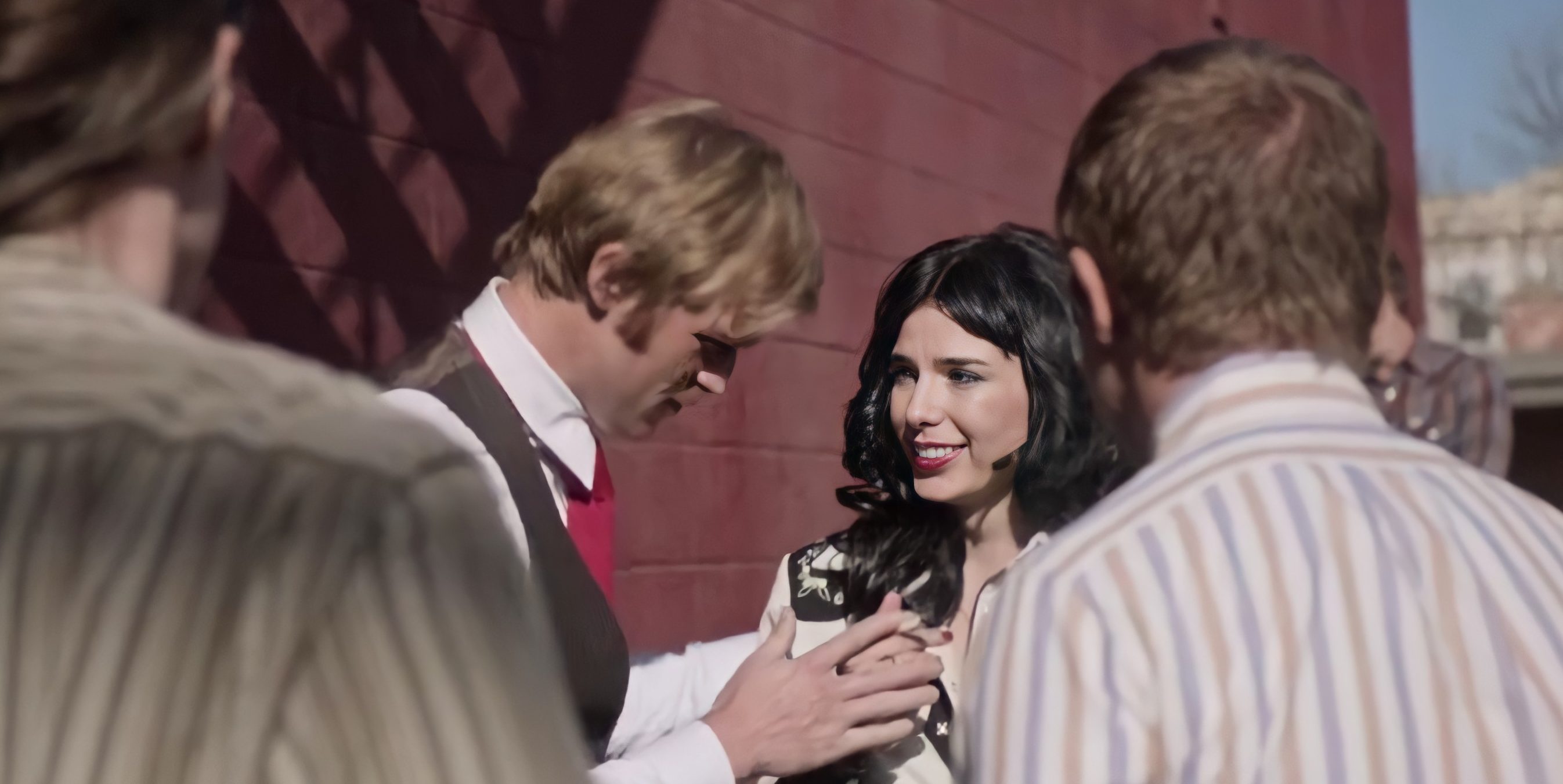 The fourth episode of FX on Hulu’s crime series ‘Under the Banner of Heaven’ depicts Dan Lafferty’s gradual change from a typical LDS Church believer to a fundamentalist. He proclaims his wish to stand against the rules of humans to uphold the rules of the Heavenly Father. As a start, Dan runs for the sheriff’s post and conducts a parade as part of his campaign. Dan is accompanied by a woman referred to as a “gypsy woman.” Her presence infuriates Dan’s father, Ammon, and the son and father get into a fight over the woman. If you are eager to know more about Dan’s companion, let us share our findings!

Is the Gypsy Woman Based on a Real Person? Was She Dan’s Lover?

Yes, the gypsy woman is based on a real person. The character is based on a Romanian immigrant named Ann Randak. As per Jon Krakauer’s eponymous book, the source material of the show, Ann was a caretaker of some of actor Robert Redford’s horses on a ranch in Spanish Fork Canyon in the state of Utah. Dan and Ann first met when he borrowed a horse from her for a local parade, most possibly as part of his campaign, as the show depicts. Their acquaintance paved the way for their eventual marriage. Ann became Dan’s second wife and through the marriage, the latter started to practice polygamy.

Dan started considering polygamy after reading ‘The Peace Maker,’ a pamphlet written by Udney Hay Jacob in 1842. The pamphlet advocated polygamy by arguing that it offers greater marital unity than monogamy. According to Krakauer’s book, Dan wanted to marry his wife Matilda’s oldest daughter, his stepdaughter, only to abandon the plan later. Eventually, Dan married Ann, even though she wasn’t from an LDS community. “[…] she was open to new experiences. Becoming my plural wife was her idea,” Dan said about their marriage, as per the source material of the show.

Entering into the practice of polygamy wasn’t a quick decision for Dan. Krakauer’s book states that Dan was intrigued by the practice even when he was living in California with Matilda, during the early years of their marriage. It further states that ‘The Peace Maker’ ultimately motivated him to start living a polygamous life. As per Krakauer’s book, Dan initially wished to engage in spiritual marriage with Matilda’s oldest daughter, but the book doesn’t mention why he changed his mind and eventually married Ann.

Marrying Ann was only one of Dan’s several actions to follow fundamentalist Mormon beliefs. As per the book, he restricted Matilda from handling money or driving and his children from attending school. The family even had to stop receiving medical care from outside as Dan reportedly started to treat everyone through prayers and herbal remedies. However, it is unclear how many of these rules were present in Dan’s life with Ann.

The lack of details about Ann in Krakauer’s book indicates that Dan might have chosen to remain reticent about his relationship with his second wife. According to Dan, as included in Krakauer’s book, Ann “was a lovely girl. I called her my gypsy bride.” Dan had spent a day and a night with Ann before leaving for Orem to visit Matilda on July 23, 1984, a day before the murders of Brenda Lafferty and her daughter Erica.

Read More: Who are Low and Stowe in Under the Banner of Heaven? Are They Dead or Alive?