Who is The Irregulars Actress Thaddea Graham? 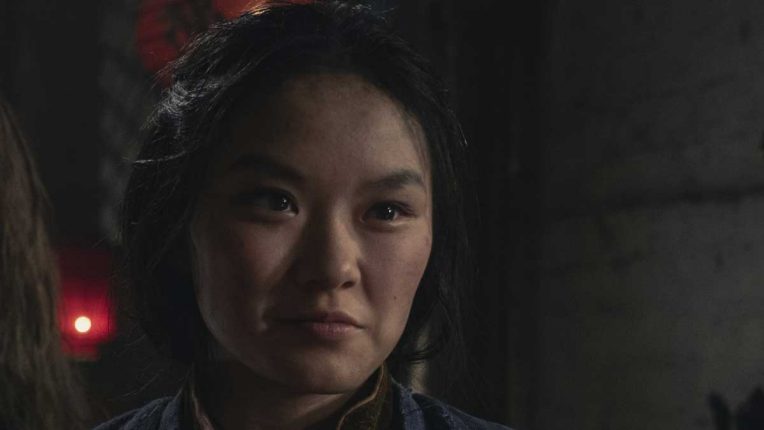 Thaddea Graham is a Northern Irish actress who has impressed and wowed us with her excellent performances to date. Her brilliant acting, friendly demeanor, and never-give-up attitude made her a fan-favorite ever since her appearance in 2019 as Hanmei Collins in the British dystopian TV series ‘Curfew.’ Prior to that, Graham also made an appearance in TV shows like ‘Dani’s Castle’ and ‘The Sparticle Mystery’ in 2015.

Since then, Graham has not looked back as she bagged significant roles in other TV productions, which ultimately resulted in her landing several main roles. Owing to her remarkable performances, she finally got a chance to portray Bea in ‘The Irregulars.’ Ever since appearing in the crime drama, Graham’s fan-base has increased exponentially. Naturally, her fans are curious and excited to know more about this highly talented actress. Let’s out everything there is to know about Thaddea Graham, shall we?

Thaddea Graham is a native of China and was also born there. When she was just three-days-old, her parents (who are unknown) reportedly left her at the entrance of a building in China. Graham was then rescued and raised in an orphanage in Changsha, China. At 13 months of age, a Northern Irish family adopted Graham and brought her to County Down in Ireland, where she was raised. She was one of the first kids to be internationally adopted in Northern Ireland.

In a 2021 interview with The Times, Graham recalled her experience of working in ‘London Stories Made by Migrants’ in Battersea Arts Centre in 2016. The actress said, “I found that [London Stories: Made by Migrants] really tricky. I don’t mean talking about my story, but having to do it five times in a row every night. I am very grateful and aware of how lucky I am to be here today.”

In Ireland, Thaddea Graham attended Killinchy Primary School and then enrolled herself in the Bloomfield Collegiate School in Belfast. Once she found her true calling in acting, she came to London and graduated with a Bachelor’s degree in acting from the renowned Arts Educational School in 2018.

Graham’s first experience of acting was when she landed a role in the 2014 short film ‘Painkiller.’ In 2015, she entered the world of television and landed minor roles in ‘The Sparticle Mystery’ and in an episode of ‘Dani’s Castle’ titled ‘Groundbog Day.’ After graduating in 2018, Graham got her first breakthrough as she landed the leading role of Hanmei Collins in the 2019 TV series ‘Curfew.’ This role launched Graham into the public eye and made her a household name on British Television.

Her excellent performance I ‘Curfew’ helped the artist land two more significant roles in 2020 when she managed to get cast as Iona in Netflix’s ‘The Letter for The King’ and in the miniseries ‘Us’ as Kat. Netflix then offered her the breakthrough role of Bea in their original crime-drama series, ‘The Irregulars,’ which follows a group of teenagers living on Victorian London streets, who help Dr. Watson solve supernatural crimes.

Graham also has a YouTube channel where she posts music covers and original songs written by her. She also hosted a series of webinars called ‘What Do I Know?’ in 2020, where she meets and talks with professionals from the TV and Film industry. Apart from YouTube, Graham is also an avid photographer and shares her beautiful clicks on her photography Instagram profile.

Thaddea Graham chooses to keep her private life under tight wraps out of the eyes of the public. Even though it isn’t clear if Graham is single or seeing someone, the absence of a partner in her social media profiles can be clearly felt. It seems that at present, this wonderful actress is single and is using all her free time to hone her craft, grow as an actress and further her career.

Read More: Lali Esposito from Sky Rojo: Everything We Know