Who is the Narrator in Netflix’s Loving Adults? 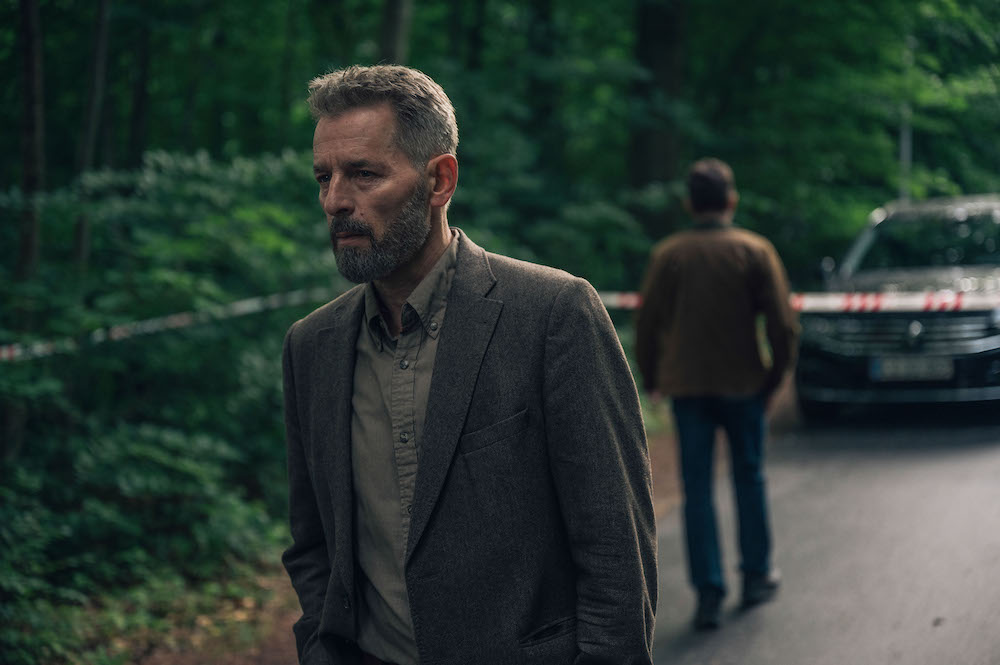 Netflix’s ‘Loving Adults’ is about a couple who find a very creative way to save their broken marriage. When Christian cheats on his wife, Leonora, she uses his criminal history to make him stay. In return, Christian commits another crime, which begets another crime, leading to a rather gruesome mess in its wake. The interesting thing about what happens between them is that they don’t really tell any outsider about it. And yet, the story begins as a narration. We discover that a man is telling another woman what happened between Christian and Leonora even when he never really got to know them properly. Who is this person, how does he know so much about them and who is he telling their story to? Let’s find out.

Who is the Narrator of Leonora and Christian’s Story?

The nature of Christian and Leonora’s relationship is such that they can’t talk about it to anyone. Yet, the crimes that they commit lead Detective Holger on their trail. It turns out that he is the one narrating their story.

Holger comes across the couple after a woman is killed in a hit-and-run. On their first meeting, Holger becomes suspicious of Christian, though he doesn’t have much to go on with. It is after Christian’s girlfriend, Xenia, goes missing, presumed dead, that the detective becomes interested in Christian and Leonora. Because Xenia’s body is never found, he could never take the investigation so far as to prove who the culprits were, but this doesn’t stop him from looking into the couple and sating his curiosity.

In the end, through some speculation based on the evidence he digs up on Christian and Leonora, especially about their marriage, he comes up with his own version of events. It shows him just how twisted the couple’s relationship is and how a seemingly quiet family can become dark and violent. What bothers him about this is that despite knowing, or at least assuming, what had happened, he doesn’t have enough evidence to prove it. It becomes just another story that he would entertain himself and others with, and that’s what he was actually doing.

In the end, it turns out that the woman whom Holger was telling the story is his daughter and it’s her wedding day. The ceremony had been stalled due to some emergency that the groom needed to attend. To pass the time, Holger started telling his daughter about the case that he’d solved but could never prove. In addition to the entertainment it provides, he also uses Christian and Leonora’s story as a cautionary tale for her.

Holger believes that there are things his daughter should know before getting married. She should know that despite falling in love with someone and living with them for years, one can never really know who their spouse really is. Marriages have a way of fading away, and once the love is gone, there is barely anything left to keep two people together, much like Christian and Leonora. The final shot is of Holger and his daughter, ready for her walk down the aisle. This is the beginning of her marriage, and from the way things turn out for Christian and Leonora, who’s to know what can happen in Holger’s daughter’s marriage? Or anyone else’s for that matter.