Who Is the Richest Housewife of New Jersey? 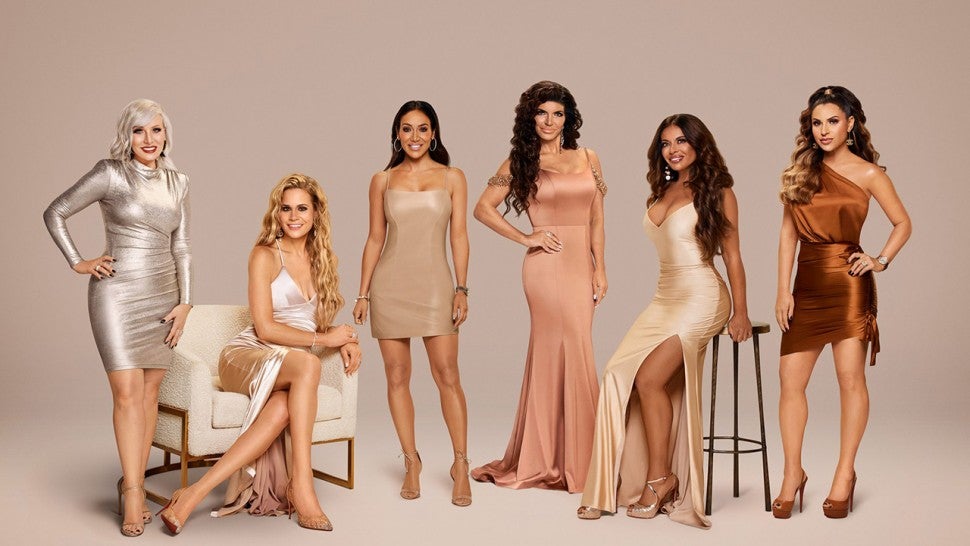 ‘The Real Housewives of New Jersey’ or RHONJ has been entertaining the viewers since its premiere in May 2009. These ladies of New Jersey have had their fair share of financial and legal troubles, but nothing seems to stop them from living it up. The drama is spicier because each one has their way of dealing with the matters at hand. While some have worked to build an empire of their own, others find pleasure in spending their family’s wealth. If you are wondering what the net worth of each of these sparkling socialites is, we’ve got it all right here. They have been ranked to determine who is the wealthiest. 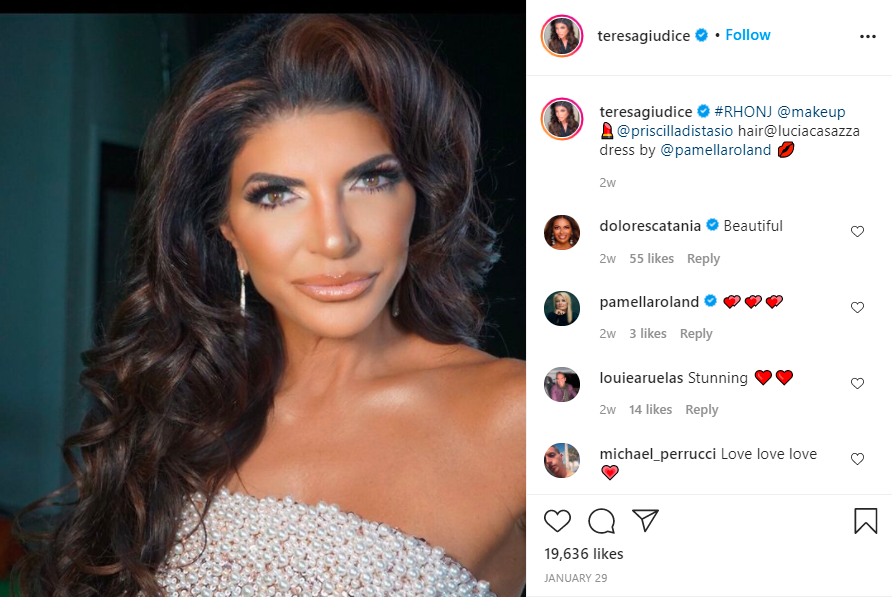 As far as drama in life is concerned, Teresa Giudice takes the cake! In 2009, she and her then-husband Joe Giudice filed for bankruptcy but were found guilty of mail and wire fraud in 2013. At one point, Teresa was $11 million deep in debt, and their former home was sold back to the mortgage lender for just $100 (yes, you read that right). While Joe served 41 months in prison before being deported to Italy, she served 11 and half months herself. She even paid $414,588 restitution at the time of her conviction.

Teresa has six books to her credit and is a New York Times bestselling author. Apart from RHONJ, she has made appearances on shows such as ‘The Wendy Williams Show,’ ‘Good Morning America,’ ‘Celebrity Apprentice,’ ‘Who Wants to Be a Millionaire,’ and ‘Live With Regis and Kelly.’ She also stars in an episode of ‘Mercy’ and is seen in the film ‘Donnie Brasco’ in an uncredited role. Besides, Teresa has written blogs for the websites of People and Bravo and has also featured on the cover pages of several magazines, including ‘Us Weekly.’

Teresa started Gorga’s Homemade Pasta & Pizza with her brother and sister-in-law (Melissa Gorga), which barely ran for a year before closing down in January 2018. She and Joe put their Montville mansion up for sale in September 2020 for $2.5 million, which is worth $2.25 million as of January 2021. Despite her legal troubles, she is trying to get out of debt, and featuring in RHONJ is a huge help, considering she reportedly gets paid $62,000 per episode. Teresa Giudice is currently worth $500,000. 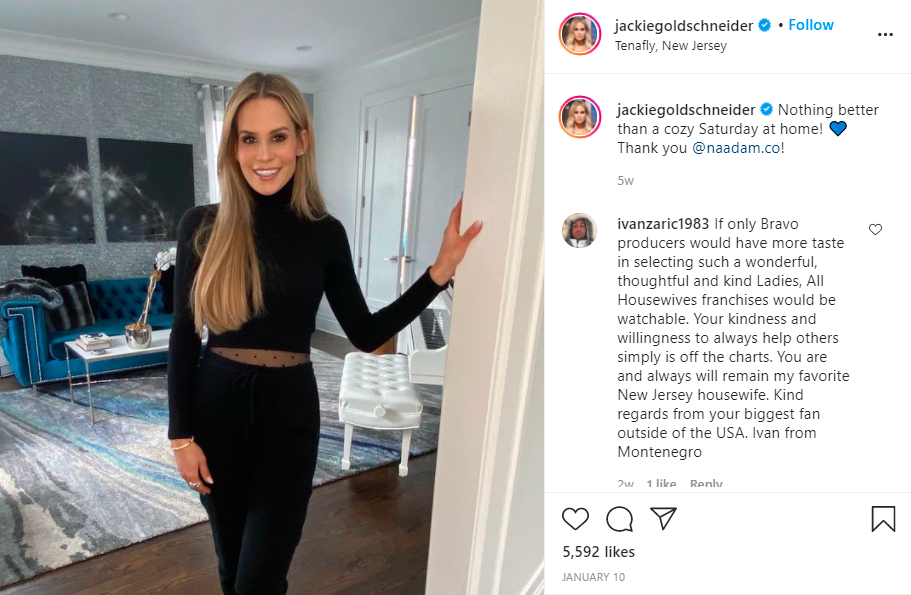 Apart from being a prominent cast member of RHONJ, Jackie is a freelance blogger, newspaper columnist, writer, and former real estate attorney. Her writings have been published in Huffington Post, Good Housekeeping, and Bergen Record, among other publications. This has contributed to most of her wealth, in addition to the family money she inherited.

Jackie stated on the show that her parents built up their wealth from scratch through hard work and smart investments in real estate and stocks. They also set up a trust fund for Jackie, and she eventually invested that money in real estate like her parents. She owns properties in The Hamptons and Manhattan. Jackie disclosed that she rents out her Hampton property for more than $50,000 per month. Her husband, Evan Goldschneider, is a partner at an equity group in NYC called Hawthorne Lane Capital Group. All in all, Jackie Goldschneider’s estimated net worth stands at $2 million. 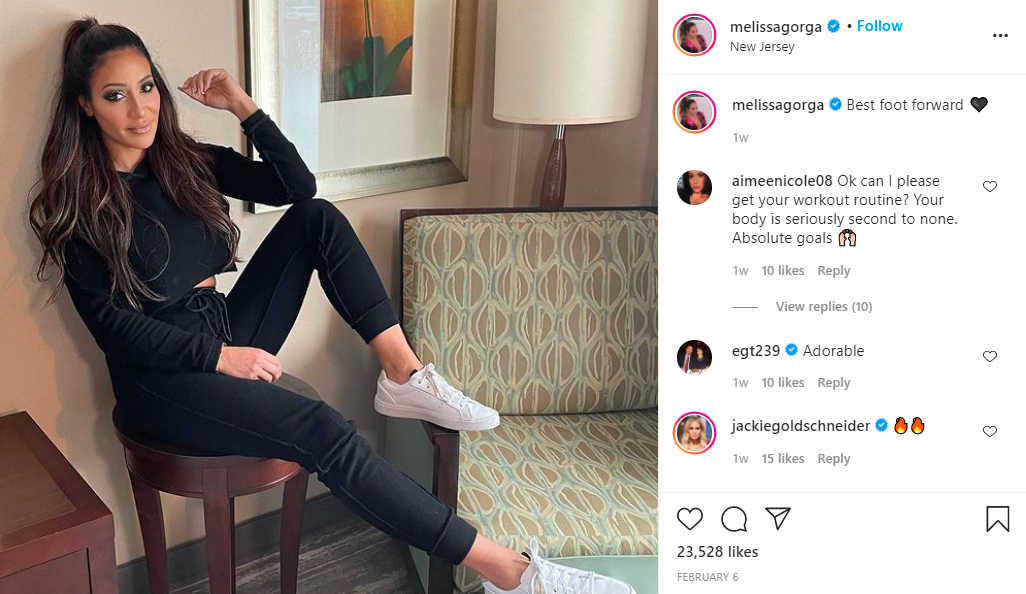 Melissa is married to Teresa Giudice’s brother Joe Gorga. She owes some of her wealth to her husband, who owns several businesses and properties. The couple had started the Gorga’s Homemade Pasta and Pizza along with Teresa, which was not successful. Although Joe wanted Melissa to be a stay-at-home mother and focus her energy on raising their children, she decided that she wanted to do more.

Melissa had a brief singing career and released several singles. She also authored the 2013 book ‘Love Italian Style: The Secrets of My Hot and Happy Marriage.’ She finally found success in her clothing store, Envy by Melissa Gorga, which sells everything handpicked by Melissa. This includes clothes from well-known brands and some clothes designed by upcoming designers. Melissa Gorga’s current net worth is estimated at $2 million. 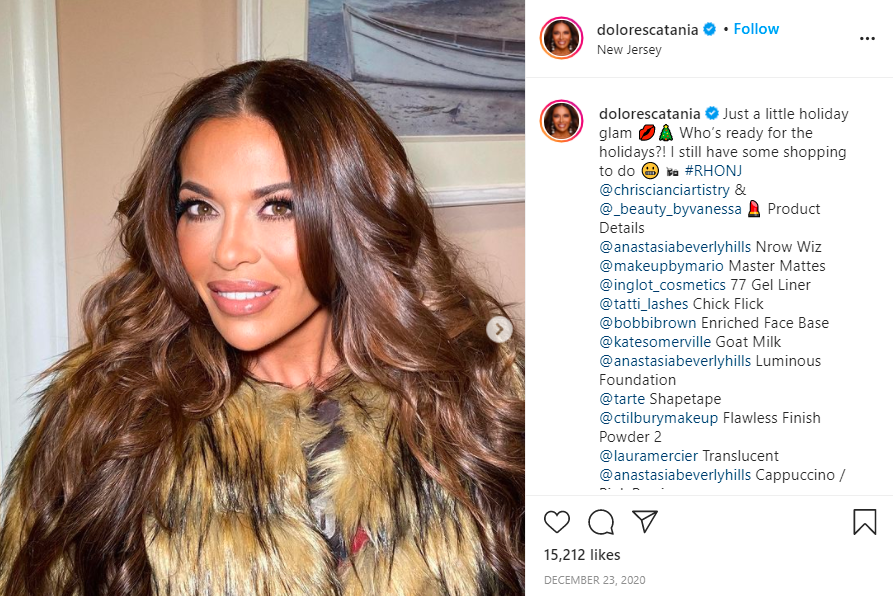 Dolores earns most of her money through RHONJ, various business ventures, and sponsored content on social media. Her two gyms, called the Powerhouse Fitness Centers, have proven to be a solid success. Dolores recently entered the real estate market with her ex-husband Frank. The former couple purchase homes and flip them to sell at a higher price. They have also built custom homes, one of which has been sold to Dolores’ obstetrician boyfriend David Principe.

While the famous reality star earns her millions, she also pays it forward by donating to local charities. Roots and Wings is one of the organizations she supports. They work with young people newly stepping out of the foster system and help them find affordable housing as they find their footing in the world. As of 2021, Dolores Catania’s estimated net worth is $4 million. 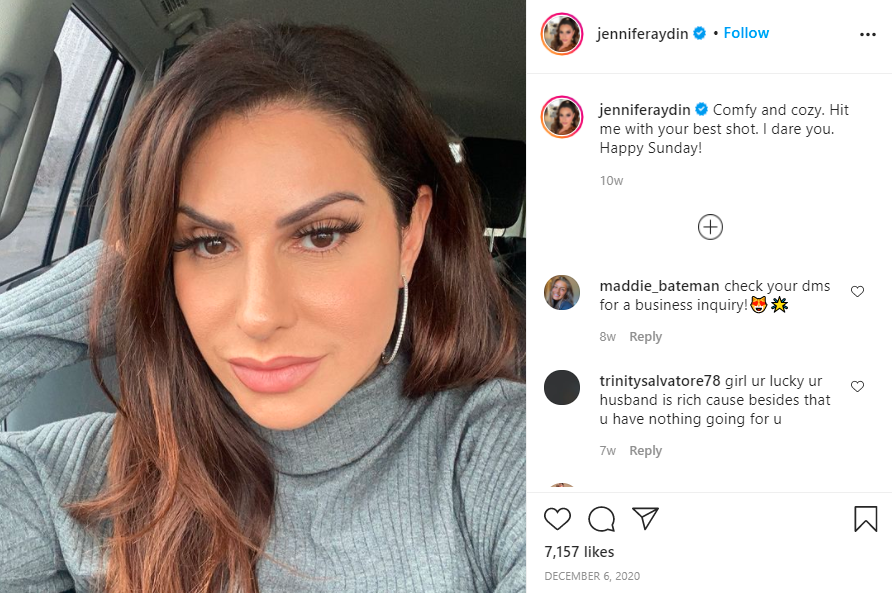 Jennifer, a stay-at-home mother of five, often boasts about her wealth and luxurious lifestyle. Although she does not work, her husband, Bill Aydin, a plastic surgeon with a private practice, making her the second richest cast member on the show. She keeps reiterating that looking after five children is not an easy task and keeps her busy.

Jennifer is often considered the cause of friction among her co-stars on RHONJ due to her spending habits. She flaunts jewelry and clothing from luxury brands and likes to throw grand parties for her kids. Her home is worth $3 million and has 18 bathrooms, nine bedrooms, a movie theatre, two basketball courts, and a sauna. Jennifer Aydin is currently worth $7 million. 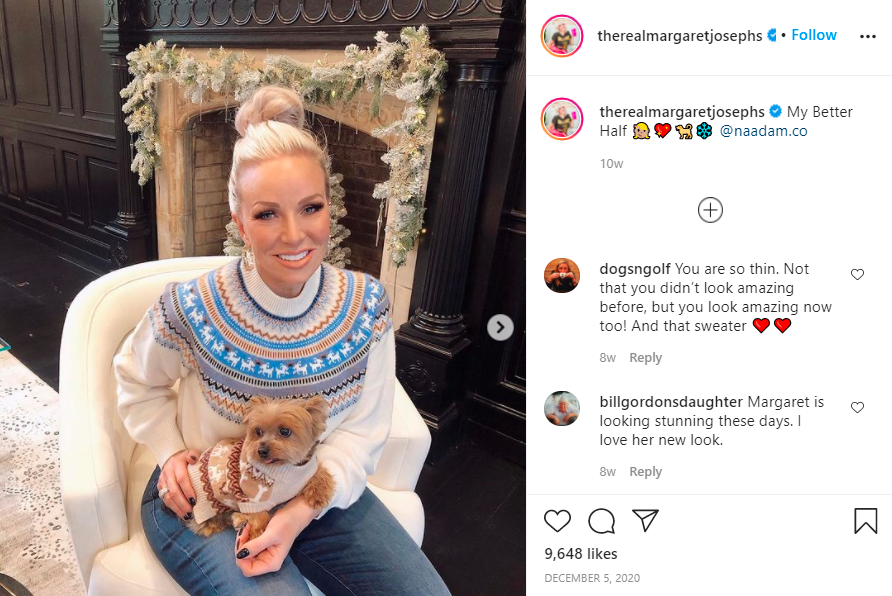 Margaret owes her massive wealth to her entrepreneurial instincts and passion for fashion. She used to be a dress designer before she established her own brand, the Macbeth Collection, in 1999. The brand sells bags, beauty products, home décor, accessories, and luggage and travel items, all of which are shipped worldwide. Margaret has made appearances on several TV shows such as ‘Strahan & Sara,’ ‘The Wendy Williams Show,’ and ‘Celebrity Page.’

She came under fire when Vineyard Vines sued her for $12 million. She was accused of using their whale design logo on multiple products sold by Macbeth Collection, but the lawsuit has now been settled. Lori Ann and John Wayne Sigley also sued Margaret and her husband, Joe Benigno. They alleged that Margaret and Joe borrowed $200,000 in cash in 2016 with the promise to pay it back in a year. After waiting for 16 months for the repayment, they had to take the matter to court. However, these issues have not been able to cause a dent in Margaret Josephs’ wealth, which stands at a whopping $50 million, making her the wealthiest cast member of RHONJ by a large margin.