Who Killed Angela Samota? Where is Donald Andrew Bess Now? 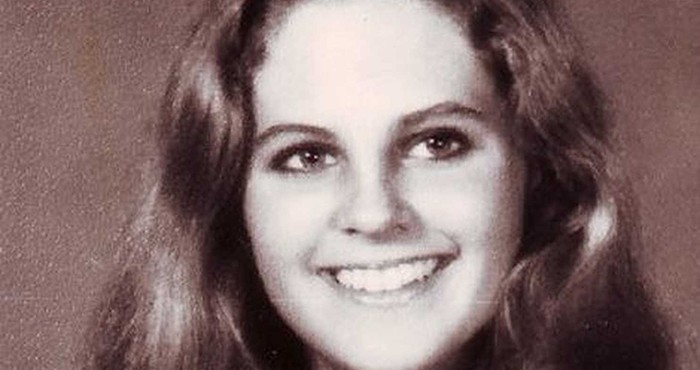 Investigation Discovery’s ‘Betrayed: Coed Killer’ is an episode that chronicles the 1984 murder of Angela Samota inside her apartment. Her harrowing case remained unsolved until new DNA evidence surfaced in the mid-2000s, leading the officers in charge to an already convicted rapist. With an act that makes the word “heinous” seem like an understatement, this matter is one that baffled Texas and America to its core. So now, if you’re curious to know all the details, we’ve got you covered.

How Did Angela Samota Die?

Born September 19, 1964, Angela “Angie” Marie Samota was a 20-year-old junior at the Southern Methodist University in Dallas, Texas, when her body was discovered from inside her off-campus apartment. She was studying computer science and electrical engineering while also being a member of the Zeta Tau Alpha sorority. On the evening of October 12, 1984, Angie went to the State Fair and then a club with two of her friends, Russell Buchanan and Anita Kadala. She had invited her boyfriend, Ben McCall, as well. But he could not join them as he had to be up early for his job as a construction supervisor. 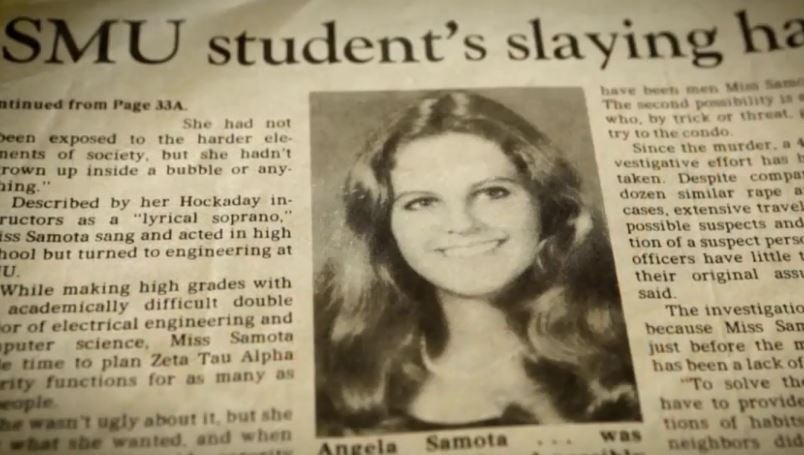 Afterward, at about 1 a.m., Angie dropped off her friends at their homes before stopping by her boyfriend’s place to say goodnight. As per Ben’s accounts, he subsequently got a call from his girlfriend at 1:45 a.m., wherein she stated that a man who had asked to use her phone and bathroom was in her Amesbury Drive condo. It is not clear whether Angie had let him in or if he was already there when she arrived back. Ben stated that they talked for a brief while before Angie said she’d call him right back and hung up. But when that never happened, and she didn’t pick up his call either, he drove there.

According to Ben’s statements, he got no response when he knocked on Angie’s front door. So, he tried to open it himself, only to find it locked. Worried, Ben made use of his early-generation mobile phone, provided for work, and contacted the police. The authorities arrived at the scene shortly after 2:15 a.m. on October 23, 1984, and kicked down the door. They consequently found Angela “Angie” Marie Samota’s bloody, naked, and dead body on her bed. An autopsy concluded that she had been raped and stabbed a total of 18 times, dying from the wounds directly to her chest, having injured her heart.

Ben McCall, Russell Buchanan, and one of Angie’s ex-boyfriends were all suspects in her murder case for a really long time. But with no concrete evidence tying either of them to the scene, they were never charged in connection to the matter. During their examinations, medical personnel concluded that Angie’s attacker was a “non-secretor,” clearing both Ben and her ex-boyfriend. Then, Russell, the 23-year-old architect living about a 5-minute walk away from Angie’s condo, was given a polygraph test, which he passed. Thus, the case went cold until it was re-opened in 2006.

That year, then-Dallas police detective Linda Crum used DNA evidence from blood, semen, and fingernail samples left at Angie’s murder scene to try and find a match in pre-existing criminal records. In 2008, the name Donald Andrew Bess Jr. popped up. At the time of Angie’s brutal slaying, he had been on parole while serving a 25-year sentence for aggravated sexual assault and aggravated kidnapping. In 2008, Donald Bess was already in jail again, serving a life sentence for another unrelated rape, assault, and kidnapping case. The DNA evidence was a perfect match to his. 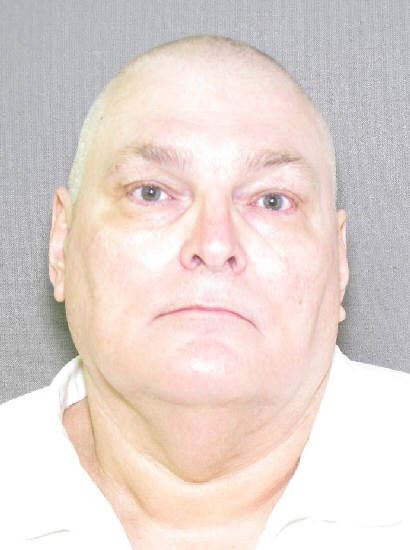 Born September 1, 1948, in Jefferson County, Arkansas, Donald Andrew Bess Jr. is apparently a serial rapist, having abused a myriad of women in his lifetime. Apart from the two cases he had already been convicted of, when Donald stood trial for the third (Angie’s rape and murder) in 2010, several women, including Donald’s ex-wife, took to the stands to testify how he had sexually assaulted them as well.

With all the statements and DNA evidence, a jury subsequently found Donald Bess guilty of the charges against him, sentencing him to receive the death penalty. The appeals he has since filed have been rejected by the court, with the most recent one being in 2016. Therefore, Donald, 72, is currently incarcerated at the Hospital Galveston Unit in Texas. He remains on death row, with no execution date set.

Where Is Ben McCall Now?

Ben McCall keeps himself well away from the spotlight. He doesn’t talk about Angela’s case to any news outlets or share much about his personal life on social media platforms. Therefore, unfortunately, we have no way of figuring out exactly where he is or what he’s up to. On the other hand, the main suspect in Angela’s case, Russell Buchanan, doesn’t mind talking about it. The successful architect in Dallas, Texas, with his own office in Greenville Avenue, says that it was a relief when Donald Bess was finally convicted.

“You don’t realize how stressful it is until it’s over, and then you’re just physically, mentally and emotionally exhausted,” he said. “That’s when I think I finally realized that it was done, that this chapter had finally been closed.” Russell added that although he is an “extremely private man,” he doesn’t mind the public attention that comes with his name being attached to Angela’s case as it is no “source of embarrassment for” him. “I do not want this event to define who I am. But it will always be a part of my life.”