Who Killed Bub Flaugher and Teresa Leadingham? Where is Cathy Reddicks Now? 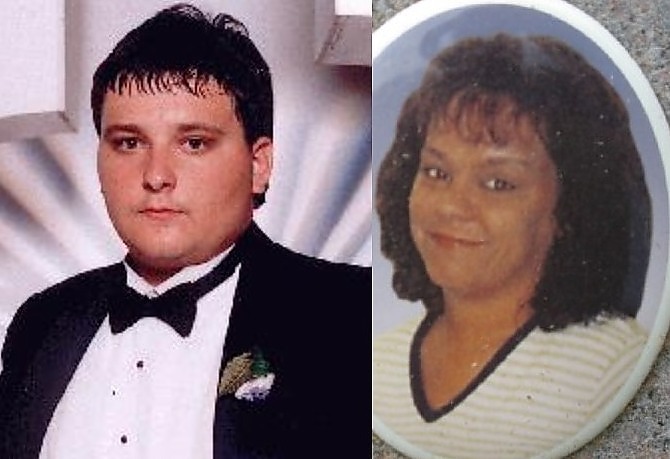 Investigation Discovery’s ‘Fear Thy Neighbor: A Killer View’ is an episode that chronicles a tale of fury, fireworks, and cold-blooded murder. As per the synopsis, a young couple moved into a mobile home in the Kentucky Hills to start building their dream lives together. But their presence led to what can only be described as a hellish experience for the elderly pair living next door. Thus, petty disputes eventually culminated in the double homicide of Jeffrey “Bub” Flaugher and Teresa Leadingham. And now, if you’re here curious to know all the details of the case, we’ve got you covered.

How Did Jeffrey Flaugher and Teresa Leadingham Die?

Jeffrey “Bub” Flaugher and Teresa Leadingham, also known as Teresa Ann Criswell, had a total of eight children between them. Teresa had five of her own from a previous relationship, while Jeffrey had one. They then had two children together. Though it is not clear exactly when the couple moved to Kentucky Hills, right next door to Cathy and Clyde Reddicks, it seems like it had been quite a while. And according to reports, the tension between the two families was high right from the very beginning. After all, 26-year-old Jeffrey and 29-year-old Teresa’s household was too “loud” for the couple who preferred a life of peace and quiet.

As per official documents, on July 16, 2004, after an incident that left both parties on edge, the Reddicks’ killed both Jeffrey “Bub” and Teresa. While Bub was holding his youngest son, Clyde Reddicks came bursting in through their home with a 20 gauge shotgun in hand. When the first shot missed, Bub ran into the bedroom, threw his son on the bed, and used his body as a barricade for the closed door. Clyde fired from the outside before heading to the front of the mobile home. There, while surrounded by the rest of the children, Teresa was shot to death. It is said that both individuals begged for their lives, but to no avail.

Clyde Reddicks was a decorated Vietnam War Veteran who lived in a fairly rural area in Grayson, Kentucky, about 90 miles east of Lexington, with his wife, Cathy. On July 16, 2004, once the authorities arrived at the scene and learned about the dispute between the murdered couple and the Reddicks’, they immediately began questioning the elderly couple. Initially, Cathy attempted to say that she was the one who wielded the firearm, but several eyewitnesses informed officers that it was Clyde. Thus, the male was charged and arrested for capital murder, first-degree burglary, and wanton endangerment.

Cathy Reddicks was indicted of conspiracy to capital murder, first-degree burglary, and criminal mischief. When their cases went to court, it turned out that July 16 was not the first time the police had been called to the area because of the two families. Allegedly, the Reddicks’ had dialed 911 on Jeffrey Flaugher, in particular, on several occasions, saying that he either made degrading remarks to the couple, harassed and taunted Cathy, exposed himself to her, or tried to poison their dogs. The final straw, which led Clyde to break, was apparently Jeffrey Bub telling him that “he’d better not sleep” that night.

This threat actually came after Cathy had walked up the hill and chucked a cinder block through the windshield of Jeffrey and Teresa’s Chevrolet Suburban trailer home. For the Reddicks’, Jeffrey’s statement indicated violence, so Clyde acted first, thinking of it as protection. Another factor that played a role was that Jeffrey and Teresa allegedly set off fireworks in the middle of the night quite a few times, which sparked Clyde’s PTSD and caused him to have wartime flashbacks. In the end, with the mental illness and a guilty plea, Clyde was only sentenced to 35 years in prison. He reportedly died of cancer after serving about six years.

Where Is Cathy Reddicks Now?

Although Cathy Campbell Reddicks was originally charged with conspiracy to capital murder amongst other counts, she pleaded guilty to a reduced charge of hindering prosecution in July 2006, receiving the sentence of a year in home confinement. Thus, today, she has her complete freedom, which she is utilizing by spending time with her friends and family, all the while trying to move on with her life to the best of her abilities. As per her Facebook account, Cathy, in her 60s, currently resides in Daytona Beach, Florida, where she is self-employed.