Who Killed Candiace Person? Where is Willie Lee Bryant Now? 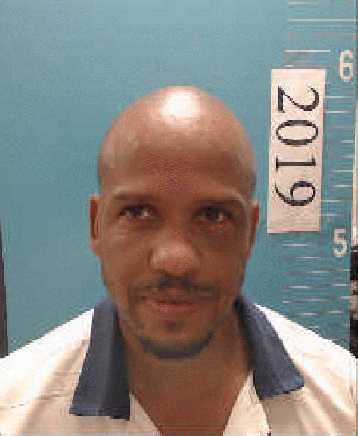 ID’s ‘Atlanta Justice: Closer Than You Think’ features the baffling murder of Candiace Person in 2005. The perpetrator, Willie Lee Bryant, was caught by investigators of Atlanta after a thorough review of forensic evidence. We tried to understand the case better and delved in to retrieve all the relevant details. Here’s what we know.

It was November of 2005. Tisha Person grew increasingly worried about her mother, Candiace “Candy” Person. No one had heard from Candiace for almost a day. Tisha went over to her mother’s house at Marvin Lane in Southwest Atlanta (GA) to check up on her, but she found her mother’s dead body on the floor of the bedroom. Strangely, the police dispatched to the scene found a broken window implying a forced entry, and noticed the telephone wires at the house had been cut. Candiace had sustained bruises around her face and neck, which were indicative of strangulation. In an autopsy of her body, the results revealed traces of semen in her vagina. The semen matched with a person named Willie Lee Bryant. Bryant was no stranger to Candiace since he had previously dated her daughter. Bryant would also often visit Candiace’s house and sometimes even when Tisha was not there.

Moreover, Willie Bryant had a criminal record that was comprised of charges in the rape of one of his former girlfriends. In the previous incident, Bryant was accused of cutting the telephone wires of his former girlfriend’s house and of choking and raping her. The alleged procedure had striking similarities with how Candiace had died.

Bryant was arrested after his previous charges led the investigators directly to him. On being confronted with the DNA evidence, Bryant told the officers that he and Candiace had engaged in consensual sexual encounters. Even though Bryant refused to admit to the murder, the police had other evidence that implicated him in the crime. This included Candiace’s credit card usage trail at a gas station approximately 100 yards from a hotel Bryant was known to frequent. He had stolen Candiace’s credit cards and used them to purchase gas briefly after her death.

Where is Willie Lee Bryant Now?

In 2010, a Fulton County jury reviewed the stack of evidence against William Lee Bryant and determined that the evidence was sufficient to prove Bryant’s guilt. The jury convicted Bryant of Murder, Felony Murder, Rape, Aggravated Assault, and Burglary in Candiace Person’s death. He was subsequently sentenced to 20 years to life. The DA who released the announcement of the conviction and the sentencing said, “No family or community should endure such pain. This defendant murdered a woman in her own home, minding her own business and in doing so robbed our community of someone special.”

After his conviction and sentencing, Bryant appealed to the court for his trial to be rendered ineffective based on his counsel’s failure to have provided effective assistance in the case by not obtaining a DNA expert to debate the testimony of the State’s expert. According to the testimony in question, the expert stated that the DNA sample included Bryant, but it “could not be used as a definitive match.” However, Bryant’s counsel had contacted another DNA expert who said that his testimony would also be along the same lines as the state’s expert. Moreover, the records showed that his counsel had thoroughly cross-examined the State’s DNA in an attempt to prove that the DNA sample was partial and inadequate to match with Bryant.

Based on these facts, it was determined that Bryant’s trial counsel did not give Bryant any ineffective assistance, and hence Bryant’s conviction and sentencing were not changed. He remains incarcerated at Autry State Prison in Pelham, Georgia.