In the first four seasons of ‘Dexter,’ Rita Bennett, née Brandon (Julie Benz), plays an important role in Dexter’s life and the show. She makes her first appearance in the pilot itself as Dexter’s girlfriend and gradually becomes an important part of Dexter’s life to the point that he genuinely grows to care for her and her children: daughter Astor and son Cody. Rita’s vulnerability and her capacity to love despite enduring horrible emotional and physical abuse in the hands of her former husband overwhelm Dexter’s general apathy.

In the season 3 premiere, Dexter and Rita discover that the latter is pregnant. They exchange wedding vows in the final episode of the season. At the start of season 4, Dexter is as happy as he could ever be. He and Rita now have a new baby boy named Harrison, and the three of them, along with Astor and Cody, are residents of a suburban neighborhood. However, by the end of season 4, things come crashing down when Dexter finds Harrison sitting in his mother’s blood and crying. If you are wondering about who killed Rita, we got you covered.

Rita Morgan was killed by Arthur Mitchell or the Trinity Killer (John Lithgow). To an outside observer, Arthur will appear as an ordinary man with a family. But, in reality, he is a serial killer who murders three victims in a cycle, re-enacting what happened to his family. In the series, he kills a young woman by cutting open her femoral artery with a straight razor, just like how his sister died. He then makes a mother of two falls to her death. This is the way his mother killed herself. A father of two is his apparent third victim, whom he kills with a hammer in the same way his father was murdered. 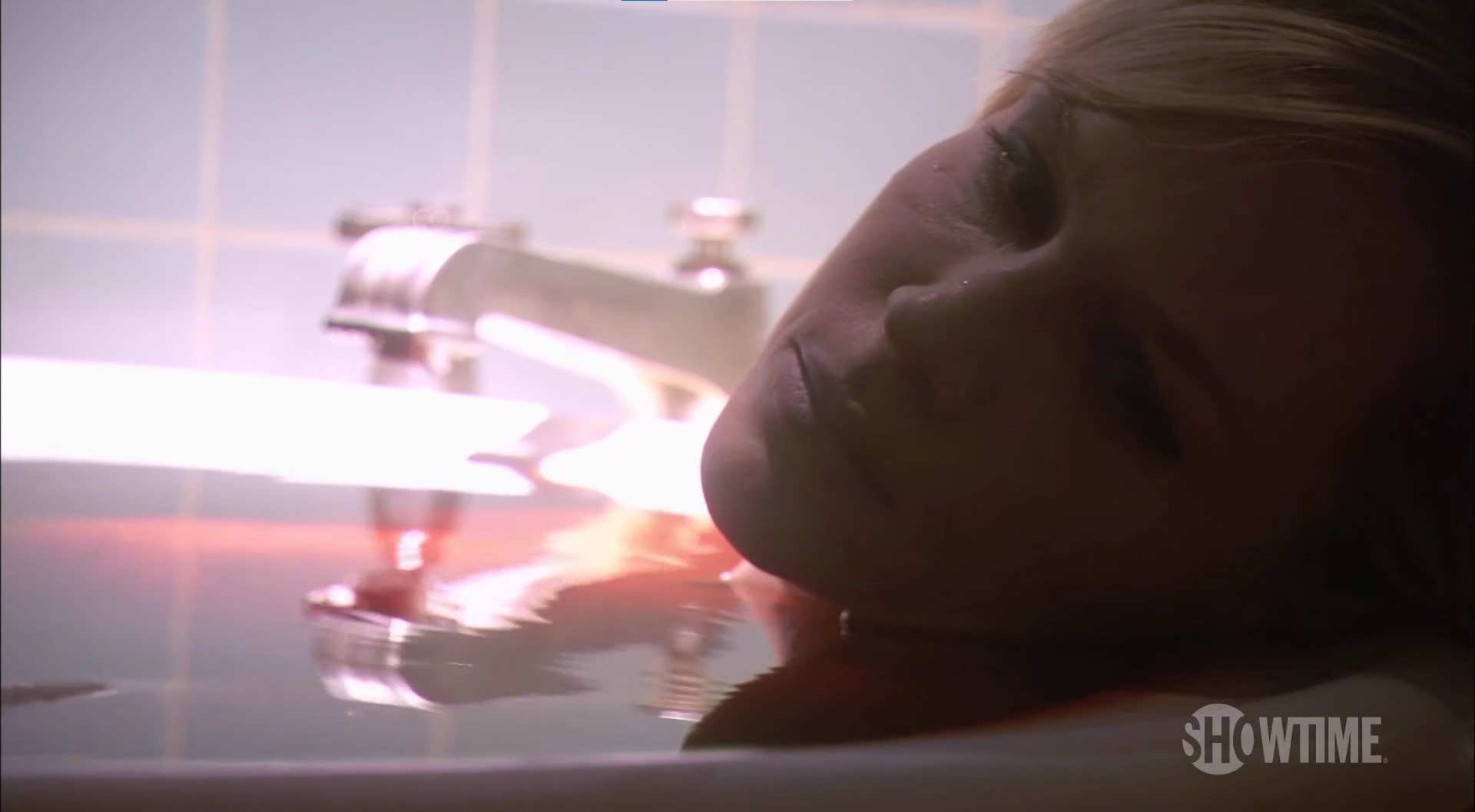 It is later revealed that he killed a young boy before killing these three people by burying him alive at a Four Walls’ building site. The boy is supposedly meant to represent the Trinity Killer himself. At each of his crime scenes, Mitchell leaves some of his sister’s ashes, with the victim’s arm pointing toward it. For decades, Mitchell has led a double life of a serial killer and family man. When Dexter meets him, he is impressed by how well the older man has been able to balance his two lives. Rita ends up becoming Mitchell’s final victim. Shortly after killing her, Mitchell is ambushed and subdued by Dexter.

Yes, Dexter killed Trinity Killer. In the season 4 finale, titled ‘The Getaway,’ after capturing Mitchell, Dexter brings him to the room where Mitchell kept the boy he abducted. Mitchell claims that he has tried several times to stop himself from killing but wasn’t successful. He declares that God has sent Dexter to end his life. He then asserts that Dexter’s life is doomed to end in a similar manner. He utters the phrase, “It’s already over” — the same one he repeats to all his victims.

After Dexter kills him, he returns home and finds Harrison sitting and crying in a pool of blood, just like he himself was all those years ago when Harry found him after his mother’s death. He then discovers Rita’s body in the bathtub. In ‘Dexter: New Blood,’ John Lithgow is set to reprise his role as Arthur Mitchell in a cameo appearance. It will be interesting to see whether he appears in one of Dexter’s flashbacks or part of his consciousness along with Debra.