Who Killed Theresa Dalessio? Where is Randy Whitacre Now? 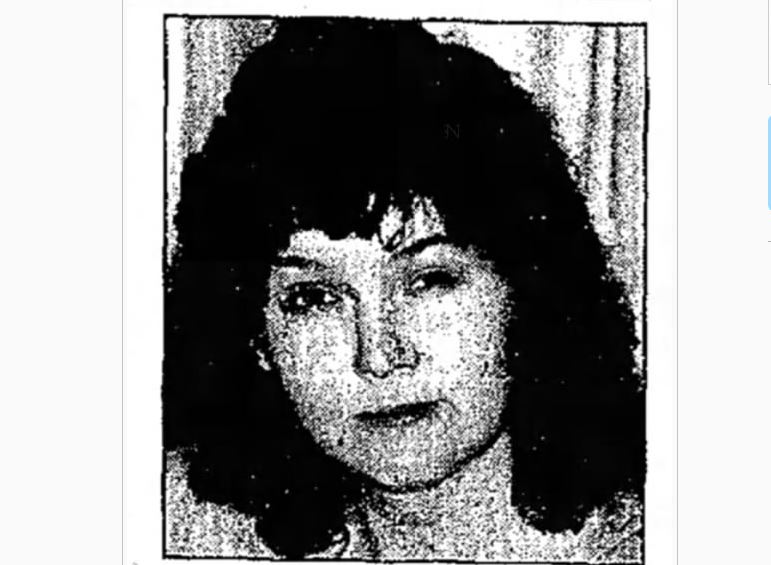 Investigation Discovery’s ‘True Conviction’ narrates the shocking and baffling case of Theresa Dalessio’s murder in 2001. The homicide that stemmed from a house deal gone wrong shook the entire town of Plumville. Theresa Dalessio was living with her husband, Douglas Dalessio, and their two sons, Dylan and Devin. On October 6, 2001, an intruder broke into their house and shot Theresa and the then 18-month-old Dylan. Although Dylan survived the shoulder gunshot, Theresa succumbed to her wound. The investigation that followed, delved deep into Douglas Dalessio’s transactions with a man who later turned out to be the killer. Here we have compiled all there is to know about Theresa Dalessio and her murderer.

A man named Randy C. Whitacre killed Theresa Dalessio. Theresa Dalessio’s obituary on Indiana Gazette, dated October 9, 2001, described her as a devoted and loving mother who was an avid fan of the Steelers. Born March 12, 1969, in Warren, Ohio, Theresa was married to Douglas Dalessio and the family of four resided at their two-story frame house on Plumville’s Main Street in Indiana County, Pennsylvania. Tragedy struck on October 6, 2001. The family had turned in for the night when around 1:30 a.m., an intruder supposedly broke into their house. The Dalessio couple and their two children were asleep in their respective bedrooms. Theresa was believed to have heard the commotion of their front door being kicked down and left the couple’s shared bed to go check. She was shot as soon as she appeared outside their second-floor bedroom door.

Later, in testimony against the shooter, Douglas admitted that he had woken up when his wife had got out of bed to investigate. After he heard a gunshot, he saw his wife stagger into their room and collapse. Subsequently, he rolled off their bed, away from the doorway, and tried to retrieve his .357-magnum handgun. While scouring his drawer, he was reminded that the weapon had been shifted downstairs by him a few days ago. After a while, he reportedly heard a second shot. Following this, Douglas Dalessio allegedly also heard the intruder, who was seemingly a male, saying “Does anyone else want some of this?” Thereafter, Dalessio crawled underneath the bed and grabbed the telephone on the floor when he admittedly heard a gurgling noise from his wife. Once he realized his wife was seriously wounded he rung 911 while rubbing Theresa’s back in an attempt to comfort her.

Two Troopers who first arrived on the scene were informed by Douglas that his 18-month-old son, Dylan, was missing. Dylan was then found on the kitchen floor, covered in blood. The other Trooper found Theresa on the floor of the couple’s bedroom. Dylan survived the shot once he was hospitalized at a Pittsburg hospital for two weeks. He had sustained injuries to his arm, chest, and abdomen. Dylan’s brother, Devin, who was five at that time, was left unscathed. One of the responding Troopers, Christopher Adams was also able to interview a conscious Theresa. When asked if she knew the shooter, she shook her head indicating she didn’t. Theresa died some hours later at Indiana Regional Medical Center after succumbing to a single gunshot wound to the chest.

Where Is Randy Whitacre Now?

Randy Clark Whitacre was arrested when a weapon expert matched the marks on a spent shotgun shell retrieved from Dalessios’ home with the extractor mechanism in a 12’gauge Mossberg Shotgun which was owned by Whitacre’s wife, Nancy. In January 2003, Randy Clark Whitacre was found guilty of the first-degree killing of Theresa Marie Dalessio and the attempted murder for wounding Dylan Dalessio who was only 18-month-old at the time. According to the prosecutors, Whitacre had kicked open the door of the house and used a 12-gauge shotgun to shoot Theresa. Authorities also believe that after shooting Theresa, Whitacre had gone into Dylan’s bedroom and shot at the sleeping child, severely injuring his arm, chest, and stomach. Other charges that Whitacre was convicted of were aggravated assault, reckless endangerment, and burglary along with the shootings.

According to Whitacre’s wife, he had allegedly been home with her during the shootings. Prosecutors claimed that the attack occurred as a result of outrage against Douglas regarding a house that he had sold to Whitacre in 1997. The dispute allegedly stemmed from when Whitacre had found faults with the septic system. In context, Dalessio, in his testimony against Whitacre also mentioned that Whitacre had filed a civil lawsuit against him. Court documents mention that Whitacre had become obsessed with the lawsuit. Following his conviction, Whitacre was sentenced to life in prison. Whitacre contested the decision of his sentencing but the sentence was upheld. He is currently serving his sentence at SCI Benner Township.